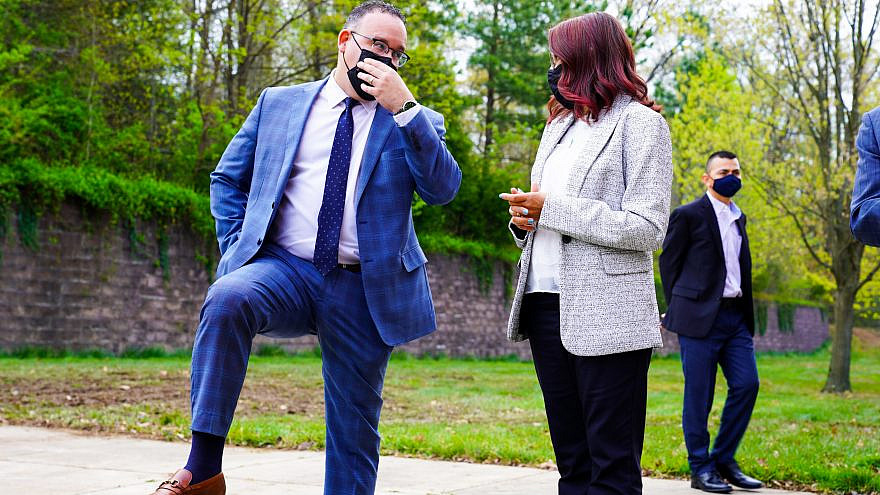 (June 11, 2021 / JNS) A group of 19 Republican members of Congress on Wednesday sent a letter to U.S. Education Secretary Miguel Cardona highlighting rampant anti-Semitism at American colleges and universities, and urging him to apply Title VI of the Civil Rights Act of 1964 to protect Jewish students as it would towards racist actions against other minorities.

The effort to put together and send the letter was led by Rep. Glenn Grothman (R-Wis.) in coordination with the Endowment for Middle East Truth (EMET), writing that not only do Jewish students on campus face anti-Semitic attacks from students but also often from their professors.

The letter cited hate-crime statistics from a 2019 FBI report indicating that Jew-hatred makes up for 63 percent of all religious-biased hate crimes in the United States, despite Jews comprising only about 2 percent of the population.

Another study showed that unlike other forms of racial and religious bias, anti-Semitism actually increased among respondents with higher levels of education.

EMET founder and president Sarah N. Stern told JNS, “The biased representation of Middle East conflicts and Israel in the classrooms of anti-Semitic college and university professors spills out into the campus, granting intellectual validation to anti-Semitism.

She added that the problem increased during the recent conflict between Israel and Hamas in the Gaza Strip, with Hamas launching more than 4,000 missiles into civilian population centers in Israel.

Bias and hatred is even more pronounced in Middle Eastern Studies departments throughout the country—some funded through a federal grant program—which the letter stated is “intended to educate students about complex global issues, not present politically biased content counter to American values … .”

One example cited was the recent invitation of convicted terrorist Leila Khaled to speak at a forum hosted by the San Francisco State University Department of Arab and Muslim Ethnicities and Diaspora Studies and the University of California’s Humanities Research Institute on April 23. In the end, it was canceled.

“We really want to make sure that professors understand that just as you would not bring in a white supremacist to speak, you can’t bring in somebody like Leila Khalid to speak. That this is incredibly offensive. Her aim was to hijack airplanes and to kill as many Jews as possible,” said Stern.

Another among four examples cited in the letter was that of Columbia University Iranian studies Professor Hamid Dabashi having said in 2018, “Every dirty, treacherous, ugly and pernicious act happening in the world, just wait for a few days and the ugly name ‘Israel’ will pop up as a key actor in the atrocities.”

“For decades, many professors carry with them strong sentiments of overt bias towards not only Jews, but towards the one ‘state of Jews,’ Israel,” the letter stated.

The order also requires federal agencies to consider the International Holocaust Remembrance Alliance’s (IHRA) working definition of anti-Semitism and its contemporary examples of anti-Semitism in considering how to employ Title VI.

“It is the mission of our legislatures and of EMET to combat anti-Semitism and ensure that all students, regardless of their religion, have the freedom to practice their religion, express their opinion, and have a sense of security and safety on all college campuses, especially Jewish students,” EMET’s news release about the letter stated.