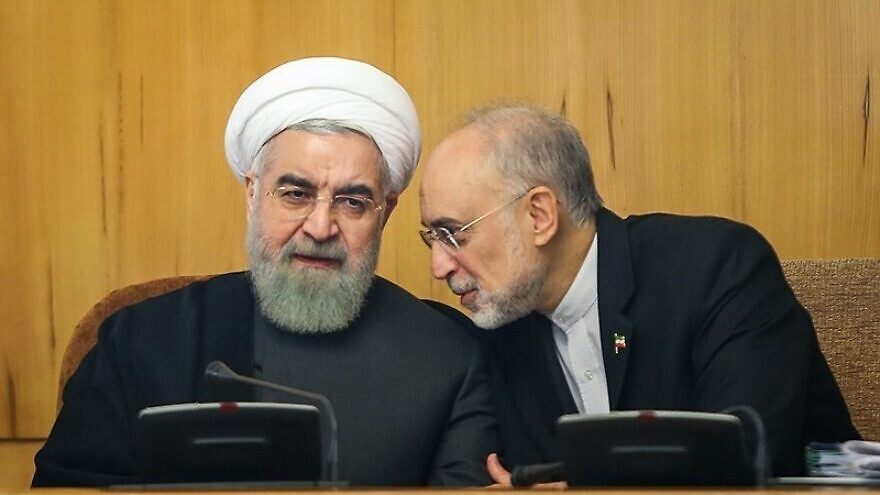 (May 20, 2021 / JNS) Iranian President Hassan Rouhani said on Thursday that the United States is willing to remove sanctions on the country’s oil, banking and shipping industries that the previous U.S. administration imposed.

“The talks in Vienna are about minor issues. They have accepted to lift sanctions on Iran’s oil and shipping sectors as well as sanctions on the Central Bank and others,” he said during a cabinet meeting, reported Reuters. However, another unnamed senior Iranian official contradicted Rouhani, telling Iran’s Press TV that Washington had no plans to lift the sanctions.

Iran has been in talks with world powers for the last month in an attempt to revive the 2015 nuclear deal that the Trump administration withdrew from in May 2018.

Separately, the International Atomic Energy Agency noted on Thursday that talks with Iran are continuing as a three-month monitoring deal is set to expire on Friday. Renewing the inspections would allow negotiations over the revival of the deal to continue.

“The agency and Iran are currently in consultations regarding the implementation of the existing understanding. The director-general will provide an update to the board of governors in the coming days,” it added, according to Reuters.