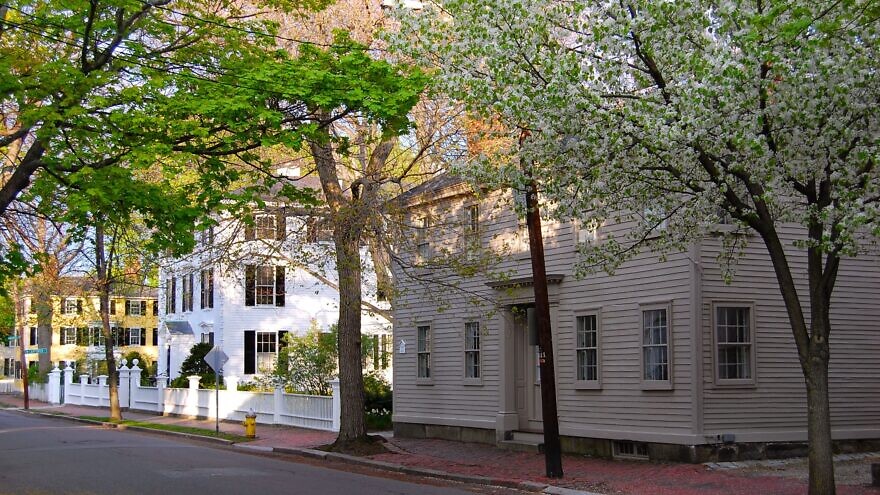 (February 11, 2022 / JNS) The city of Salem, Mass., has issued a statement signed by city leaders on Friday to stand against the hateful rhetoric by a number of officials and staff at the Salem Health Department and Board of Health.

According to a news release from the city, the board members and staff, especially those with Jewish-sounding names, have for weeks been receiving targeted anti-Semitic messages, threats online and voicemails. The threats were directed at individuals because of COVID-19 precautions in the city, which included an indoor mask mandate and vaccine requirement that were lifted this week.

The petition—called “No Place for Hate” and was signed by 44 officials and community leaders, including Mayor Kim Driscoll and Rep. Seth Moulton (D-Mass.)—stated that the messages were unacceptable, repugnant and worthy of condemnation, “regardless of your perspective on COVID mitigation measures enacted and modified by the Board of Health to help protect public health.”

“As community leaders in Salem, we stand united to express our unequivocal rejection of these anti-Semitic attacks, our condemnation of attempted intimidation—especially when it so clearly focuses on targeting an individual based on their race, ethnicity, or religion—and our solidarity with our neighbors who volunteer and serve our community thoughtfully, diligently and objectively on our Board of Health and the staff in our Health Department who support them in that work,” the release stated.

“We reject and condemn vile, racist, anti-Semitic and regressive attacks, whether online or in person,” it said. “We support those who volunteer for public service, despite these atrocious and utterly unacceptable actions and messages. And we urge every member of our community to join us in asserting with absolute clarity that Salem is no place for hate.”

According to the release, the threats were reported to the Salem Police Department and Anti-Defamation League. A link for others to sign the statement was included.