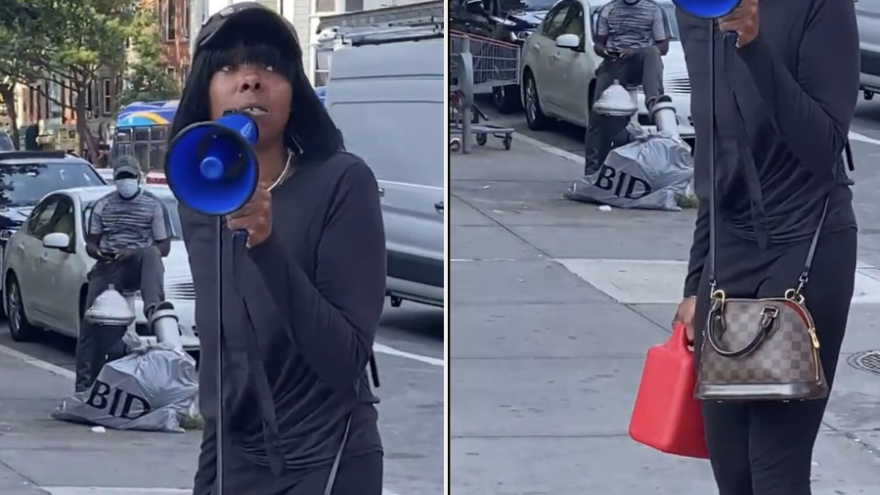 Photo of a woman wanted for setting a fire in front of the Yeshiva of Flatbush in Brooklyn, N.Y., October 2021. Source: Screenshot.
Spread the word.
Help JNS grow!
Share now:

(October 15, 2021 / JNS) Police are searching for an unidentified African-American woman seen on surveillance video pouring gasoline in front of a Jewish school in Brooklyn, N.Y., before setting the liquid on fire. The incident occurred Thursday night at Yeshiva of Flatbush in a heavily Jewish neighborhood.

“At around 7:30 p.m. last night, an unidentified individual poured gasoline in front of the Yeshiva of Flatbush and ignited it. Thankfully, there were no injuries, but I want to make it very clear that this cowardly act of hate has no home here in New York,” said New York Gov. Kathy Hochul.

“No child should ever be made to feel unsafe, especially in a place of learning,” she said. “I have directed the New York State Police Hate Crimes Task Force to provide any assistance necessary in the New York City Police Department’s investigation. I will be monitoring the situation closely as we await further details on the investigation.”

New York Mayor Bill de Blasio tweeted: “An attack on one of our yeshiva[h]s is an attack on all New Yorkers, and we WILL bring this person to justice. If you have any information on who perpetrated this vile act against our Jewish brothers and sisters, contact the NYPD.”

According to the haredi online news outlet, The Yeshiva World, the woman on video was heard yelling anti-Semitic slurs before starting the fire. It also reported that authorities are investigating whether the woman in the video is the same one who was seen “on a viral video on Flatbush Avenue a few weeks ago carrying a gas canister and screaming anti-Semitic slurs.”

On Friday morning, New York City Councilman Kalman Yeager retweeted a post from the New York Police Department’s Hate Crimes Division of a woman holding a megaphone and gas canister, stating: “Clear picture of the person who set a fire at a yeshiva[h] in my district (holding her weapon). Come on New York, someone knows her. Could have been YOUR kids inside.”

NYPD’s Crime Stoppers is offering a $3,500 reward for information leading to the woman’s arrest. 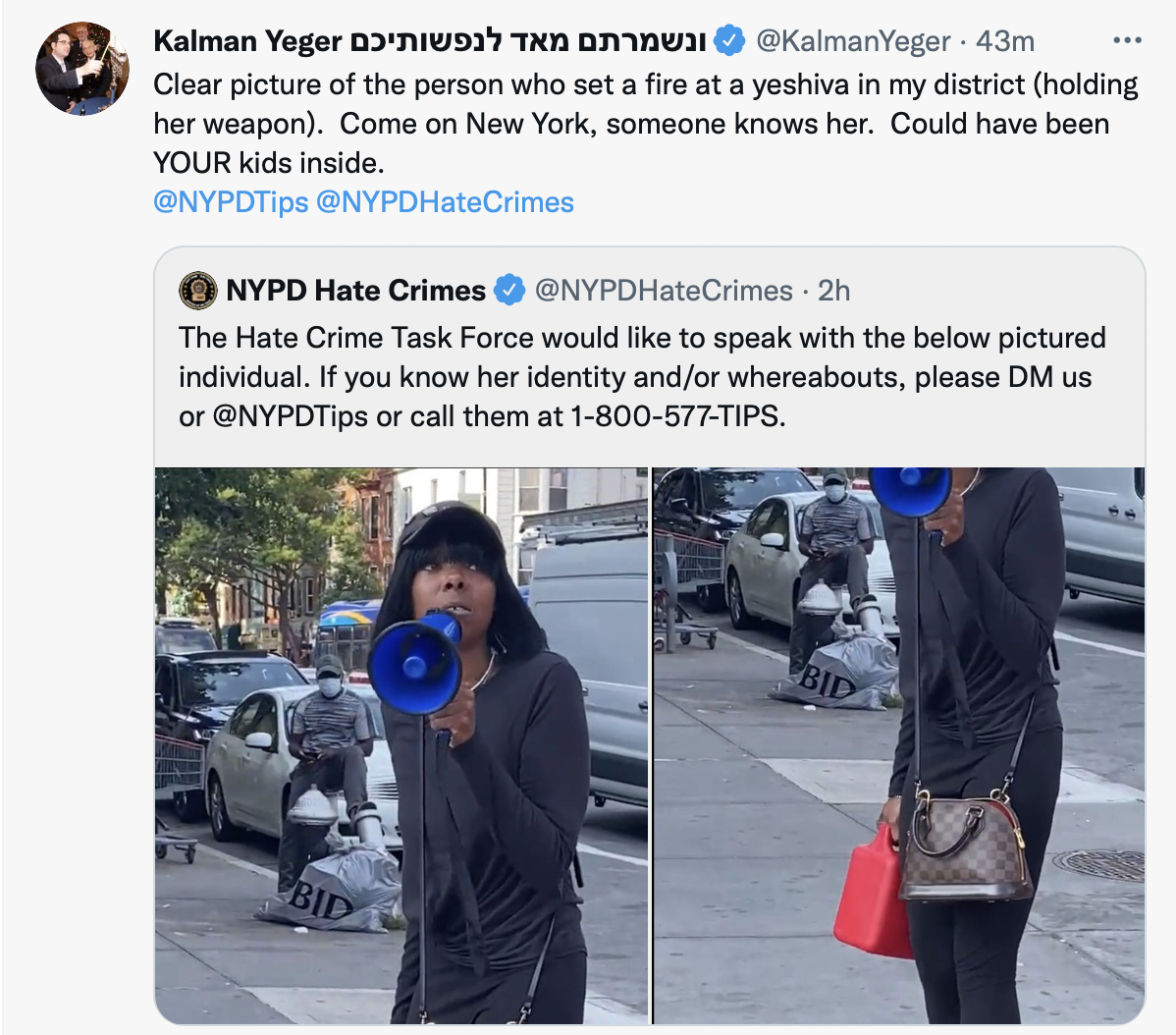 Photo of a woman wanted for setting a fire in front of the Yeshiva of Flatbush in Brooklyn, N.Y., October 2021. Source: Screenshot.
Republish this article in your newspaper or website