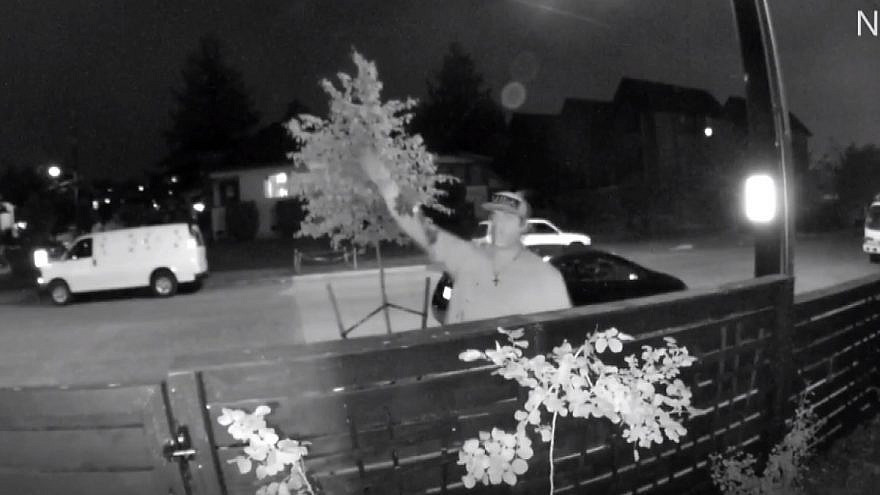 (May 5, 2021 / JNS) Seattle police are investigating an incident involving a man who made death threats and the Nazi “Seig Heil” salute outside a Jewish family’s home, the local news outlet KING 5 News reported on Monday.

The homeowner, who asked for her name to not be revealed due to safety concerns even though she is shown talking in the local news video, said she saw through her doorbell security camera the man walk by her house in the middle of the night and perform a Nazi salute, according to the report.

The house, in the Freemont neighborhood of Seattle, has a mezuzah on its doorpost, making the home identifiably Jewish.

A few minutes after the man walked by, the camera shows him returning wearing a homemade mask and stood near the homeowner’s daughter’s window, where he then allegedly threatened to kill her parents and kidnap her. The same man visited the house five times in one night, the homeowner told KING 5 News, which also shared footage from the doorbell’s security camera.

The age of the daughter is not clear, and there are no other details as to who lives in the house.

“My entire life is affected by what anti-Semitism can do, and this is the most overt incident I’ve ever experienced, and I’m scared,” said the homeowner, who also believes that the man has come by before.

The Seattle Police Department said it is investigating the incident, which has been sent to the bias crimes unit for review.