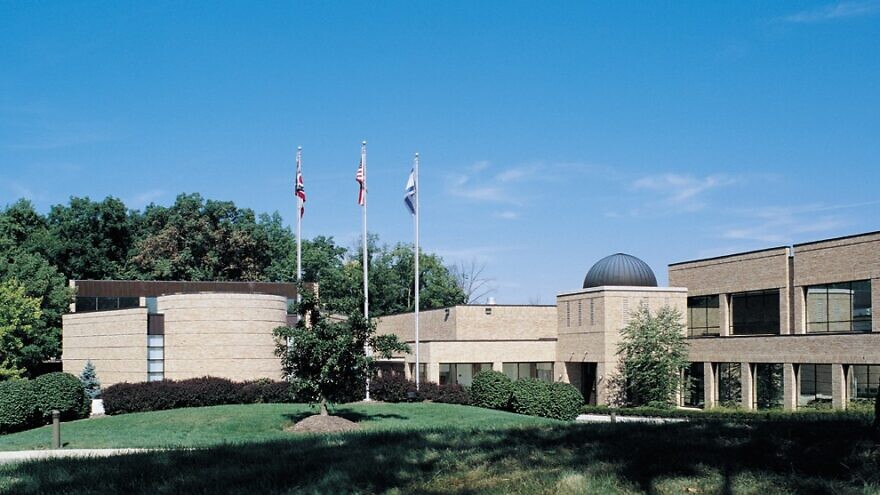 (April 1, 2022 / JNS) A security guard at the Columbus Torah Academy in Ohio was arrested this week by local law enforcement for making anti-Semitic threats online against the school.

According to media reports, Thomas Develin posted a photo of himself holding a gun with the message, “I’m at a Jewish school and about to make it everyone’s problem.” He also posted about wanting to shoot the parents picking up their children from school.

“The person who saw it said something, and people need to realize that is incredibly important. Law enforcement can’t be everywhere online,” said Joel Marcovitch, CEO of JewishColumbus, the local federation arm.

Marcovitch and JewishColumbus board chair Audrey Tuckerman issued a press release on Thursday calling Develin’s threat “an act of anti-Semitism.”

“It was a cowardly act of intimidation. It was an attempt to silence our Jewish beliefs. For far too, long Jews have been mentally and physically intimidated online, at schools, universities,” they said. “Virulent anti-Semitic rhetoric breeds extremism and has no place in our community.”

Speaking to JNS on Friday, Marcovitch said they were notified by law enforcement a few days ago about the threat and were able to immediately convene representatives from the local day schools, preschools and synagogues to discuss the situation, as well as the communal response.

“What I’ve been telling people is that ‘yes, the guard was part of a company that was hired by the school, however, the systems we have in place, the partnership we have with law enforcement worked this time,’ ” he said, adding that the relationships that local officials have with the Jewish community were critical in this instance.

According to Marcovitch, the Columbus Jewish community has an annual budget of $6 million, yet allocates more than $1 million each year for security measures. Part of that funding is used by communal institutions to pay for private security guards since local police departments do not have the staff available to be onsite during operating hours.

However, given the current situation, in the near future, local police will be on hand at Columbus Torah Academy to provide security. School officials did not respond to a request for comment at press time.

That was likely reassuring to parents, including one who told JNS that while the news that the security guard had made threats was “terrifying,” she believed that school officials and local law enforcement are doing all they can to protect the students.

“For a security guard at a Jewish school to allegedly make deadly, terroristic threats is unthinkable. First and foremost, we are thankful that no lives were taken,” said a post on Twitter from the regional office of the Anti-Defamation League. “This is yet another sobering reminder that anti-Semitism left unchecked breeds extremism and violence. Anti-Semitism has no place in Columbus, Ohio, or anywhere.”

“Secure Community Network has been coordinating closely with JewishColumbus as part of our ongoing partnership with the Federation and community,” said SCN national director and CEO Michael Masters. “We are grateful for the swift, effective efforts by local, state and federal law enforcement. [The] arrest is a clear reminder of the importance of coordinated, comprehensive security programs undertaken in collaboration with law enforcement and the community. While the quick actions of all parties prevented a potential incident, we are reminded of the need to be vigilant every day.”