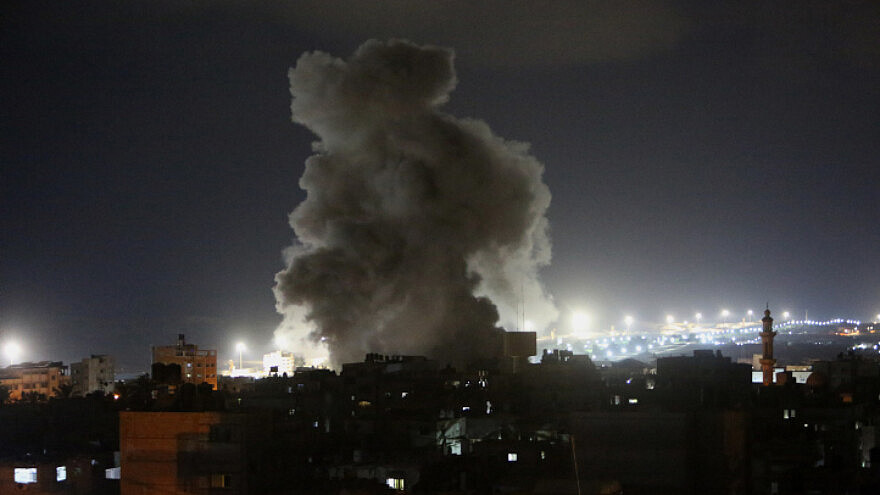 (August 7, 2022 / JNS) The Palestinian Islamic Jihad commander killed by an Israeli airstrike in the Gaza Strip on Saturday night was targeted because he was in the process of staging an attack on Israeli forces and civilians, according to Israel Defense Force sources.

His operational history includes dozens of shooting and anti-tank missile attacks over the years, including the 2010 shooting on the Gazan border that killed IDF Maj. Eliraz Peretz, whose grenade detonated upon being struck by a bullet. 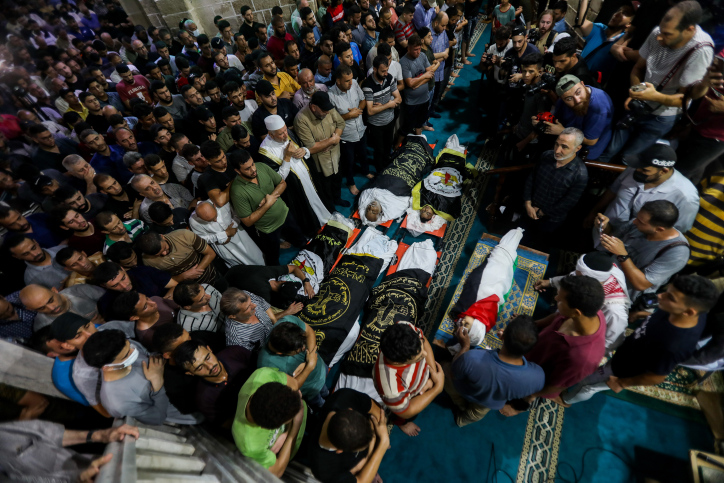 The funeral in the Gaza Strip of Tayseer al-Jabari, a senior Palestinian Islamic Jihad commander, and others, who were killed by an Israeli airstrike, on Aug. 5, 2022. Photo by Attia Muhammed/Flash90.

Israel’s “Operation Breaking Dawn” against PIJ forces in the Gaza Strip entered its third day on Sunday, with the IAF continuing to strike dozens of PIJ targets throughout Gaza, including the targeting of a tunnel belonging to the group. As of Sunday evening, PIJ had fired some 1,000 projectiles since the start of hostilities, including the targeting of Jerusalem on Sunday morning with rockets that were intercepted by Israel’s Iron Dome air defense system.

Iron Dome has reached the peak interception performance of 96%, according to an IDF officer.

Addressing the death on Saturday of four children in Jabalya in the southern Gaza Strip, Israeli officials said that the cause was a misfired PIJ rocket. The rocket was launched at 6:51 p.m. local time, according to the IDF, and was detected by the military’s ballistic missile defense center.

“It shows the cynicism of our adversary, which is working from civilian areas,” said the source.

PIJ is experiencing an average of 20% misfired rockets—an improvement from its previous 30%—according to the military.

Meanwhile, Egypt and the United Nations have been engaged in ongoing efforts to reach an immediate ceasefire—so far with no success.

Israeli military officials have said that if PIJ stands down and stops launching missiles, there will be quiet.

The leader of the Palestinian Islamic Jihad, Ziyad al-Nakhalah, met in Iran on Saturday with the commander of the Islamic Revolutionary Guards Corps, Maj. Gen. Hossein Salami.

As the Israeli government takes part in mediated efforts, Gaza’s power plant has run out of fuel, creating a new urgency to the mediation truce efforts.

Meanwhile, the IDF has arrested 20 PIJ members in Judea and Samaria over the past two days, according to the military.