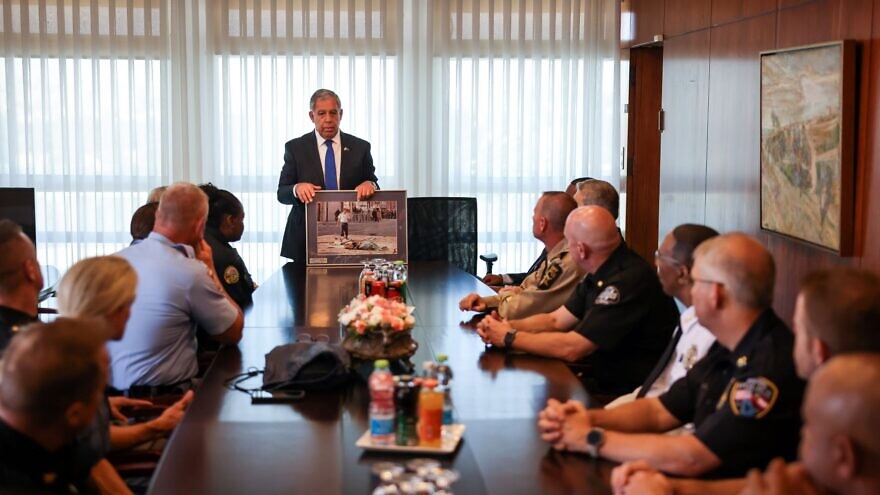 While in Israel, members of the delegation, including Georgia police chiefs and command staff, sheriffs, and other top security officials, were shown best practices and the latest technologies in policing and public safety, according to a statement released by the organizers of GILEE.

Three months prior to the training program, Georgia’s legislature passed a bipartisan resolution that emphasized the strong cultural, economic and academic bond between the U.S. state and Israel as exemplified by “the robust exchanges of Georgia’s law enforcement professionals with Israel through GILEE.”

The organization’s associate director, Col. (ret.) Brent Cummings, who led the delegation to Israel, noted that the program allows senior officers to invest in and improve their personal leadership skills. “They get to see firsthand in a different culture the value of diversity and inclusion, while at the same time our hosts see the diversity of the United States represented through the delegates. By investing in leadership development, these officers will become stronger leaders who can better adapt to complex issues and challenges at home,” said Cummings.

More than 1,200 public safety officials from the U.S.—most from Georgia— and around the world have participated in the program in Israel.