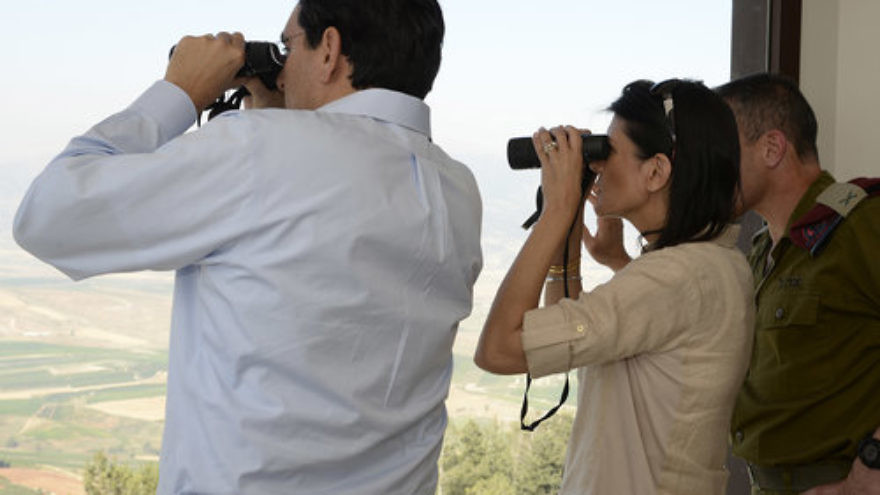 “I have sensed what is being plotted covertly to target my life,” Hariri said in a resignation speech delivered from Saudi Arabia, explaining that the current situation in Lebanon is similar to the time leading up to the assassination of his father, former Lebanese Prime Minister Rafic Hariri, in 2005.

The departed prime minister sternly condemned Iran and Hezbollah for fueling conflict throughout the Middle East.

“I point very clearly to Iran, which spreads destruction and strife wherever it is,” Hariri said, noting the Islamic Republic’s “interventions in the internal matters of the Arab countries, in Lebanon and Syria and Bahrain and Yemen.”

Hariri was the leader of Lebanon’s Future Movement, a Sunni political party, and received substantial political and financial support from the Saudis and Arab Gulf states.

Israeli Prime Minister Benjamin Netanyahu said Hariri’s resignation should serve as “a wake-up call to the international community to take action against the Iranian aggression that is trying to turn Syria into a second Lebanon,” inferring that the Iran-Hezbollah bloc’s takeover of Lebanon had long been established.

Indeed, Tony Badran—a research fellow specializing in Lebanon, Hezbollah and Syria at the Foundation for Defense of Democracies (FDD) think tank—said that “Hezbollah’s domination of the country is already complete.”

“Hariri’s resignation…has no bearing on that reality,” Badran told JNS.org. “In fact, Hariri cited this complete domination of the state in his resignation speech. The irony is that Hariri’s return to the premiership [in December 2016] had helped Hezbollah consolidate its control.”

In October 2016, Hezbollah set an unprecedented standard in consolidating its power with the election of Michael Aoun, the first Lebanese president that the terrorist organization had the opportunity to directly appoint.

At the time, Aoun’s election represented a severe defeat for the Sunni power of Saudi Arabia, the chief rival of Shi’a Iran in the quest for regional influence.

Now, Hariri’s resignation comes amid domestic and international turbulence for Saudi Arabia. On the same day that Hariri stepped down, Saudi Crown Prince Mohammed bin Salman launched a campaign of mass arrests of Saudi royals, ministers and businessmen, in what experts believe is an attempt to consolidate power.

Meanwhile, a missile was fired from Yemen towards the Saudi capital of Riyadh last weekend. On Monday, Saudi Arabia’s Foreign Minister Adel al-Jubeir described the missile as “an Iranian missile launched by Hezbollah” and a potential “act of war.”

Hariri’s criticism of Hezbollah came in a speech delivered from Saudi soil. The prime minister’s resignation can be regarded as “a Saudi-led protest against Hezbollah’s activity in Lebanon,” Prof. Joshua Teitelbaum, a senior research fellow at Bar-Ilan University’s Begin-Sadat Center for Strategic Studies, told JNS.org.

FDD’s Badran noted that Israel’s leadership has long deemed Lebanon to be “an Iranian province run by Hezbollah,” and is making defense preparations in accordance with this understanding.

“[Israeli] Defense Minister Avigdor Lieberman had recently stated that the Lebanese Armed Forces were under Hezbollah’s command, and this will be reflected in how Israel will act in the next conflict with Lebanon,” said Badran.

During the 2006 Second Lebanon War between Israel and Hezbollah, the IDF acted alone in defense of the Israeli home front. But the next war with the terrorist organization could potentially involve a two-front battle in Lebanon and Syria, involving other Iranian terror proxies and potentially drawing in the Saudi-led Sunni bloc, which is increasingly aligned with Israel based on mutual antipathy towards Iran.