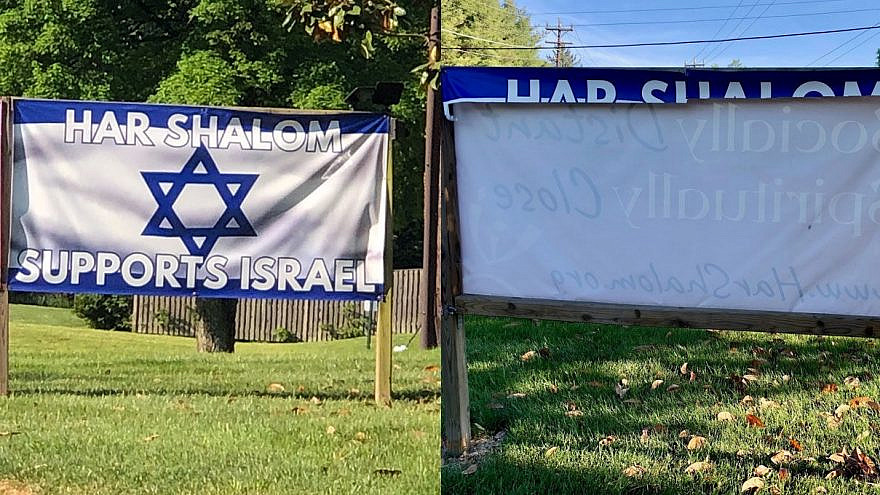 (June 4, 2021 / JNS) A banner outside a synagogue in Potomac, Md., that expressed support for the State of Israel was torn down and taken over Memorial Day weekend.

Montgomery County police are investigating the vandalism outside Congregation Har Shalom, where a sign was erected that said: “Har Shalom Supports Israel.” The poster was made to look like the Israeli flag and had been in place for years, said Har Shalom Rabbi Adam Raskin.

Raskin called the incident “deeply unsettling to the Jewish community” in an interview with 7News and revealed that another local synagogue, Congregation Beth El in Bethesda, Md., recently had its pro-Israel banner destroyed as well.

Nevertheless, Beth Hoch, director of early-childhood education at Har Shalom, said children can learn something from the incident.

“Every day is about, how do we teach our children to be the citizens of the future?” she said. “The children asked, ‘What happens if it happens again?’ What I told them is we’re going to continue to put those messages up.”

Hoch instructed children to create their own signs in solidarity with Israel, according to the NBC report, which also noted that the stolen sign will be replaced.