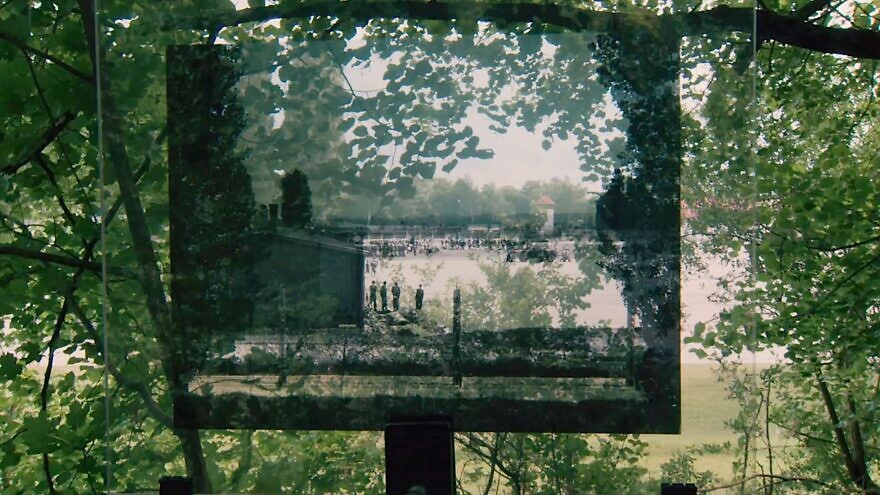 (July 11, 2022 / JNS) I freely admit that it may be offensive to even mention that I was traumatized by a moment in “From Where They Stood,” a new Holocaust documentary opening at New York City’s Film Forum on July 15, and that will stream on Amazon and Apple TV+ as of Sept. 13. Yes, I had a nightmare. That is my admission.

But those who lived in and through the death camps of World War II and the Holocaust lived their reality as a bad dream every waking moment, so I register my reaction as a statement of fact and not a complaint. French writer and director Christophe Cognet did well to discover such horrific pictures, which need to be seen by as many people as possible.

Over the years, I’ve interviewed a number of Holocaust survivors and asked how they still believed in God and how they had the strength to persevere. I asked them about the ways in which they risked their life; sometimes, it was for food, blankets or a risky bribe that thankfully worked in their favor. Still, there is one question I never asked: Would you have risked your life to take a picture of what went on in the death camps?

“From Where They Stood” is a vitally important documentary that chronicles those who did just that.

Rudolf Cisar, who survived the Holocaust, Greek Jew Alberto Errera and others had some guts. How in the world did they get their hands on cameras? In some cases, they were stolen, and in other cases, they were bought with food or other items. It is likely that since those taking the photos didn’t want people to know what they were doing that they covered the cameras with newspaper or clothing, and even took the shots holding the cameras hidden or at their sides.

The clandestine pictures—taken in the years 1943 or 1944 at Dachau, Buchenwald, Auschwitz-Birkenau, Dora-Mittelbau and Ravensbrück—were managed by prisoners.

We see pictures of men who had the audacity to smile in a death camp as a means of resistance. We see a woman whose leg is significantly injured. What was the picture that got to me the most? An unfathomable one believed to be members of the Sonderkommando (prisoners forced to handle the dead bodies and burn them) in a sea of corpses.

What horrified me most was the mundane nature as the prisoners worked to be unemotionally figuring out the best process for destroying the bodies. I am by no means judging them, as they were likely in part desensitized to the horror; it’s just an exceedingly frightening thought that one could actually be nearly tripping over corpses.

Cognet decides to let the pictures speak for themselves. I understand that desire. But in constructing a film, it is important to think about the viewer. Our brains have no precedent for a film that is simply still photos, however important they are.

Yes, there are snippets of explanation and analysis. But there isn’t a single note of music. There are no re-enactment scenes (I realize that they often seem hokey), and there is no information about whether anyone was ever caught and killed for taking a picture. And because of that, it would have been helpful to have heard testimony from survivors on their feelings about what it must have taken to get the gumption to do that. Had Cognet put in some music and survivor testimony, the film would have been more palatable and easier to watch (although maybe that was exactly the point). While he might have thought any of the above additions would have diluted the film’s power, at least with some testimony, it would have most certainly amplified it, especially in the times we are in, in the final decade or so where survivors will be alive. 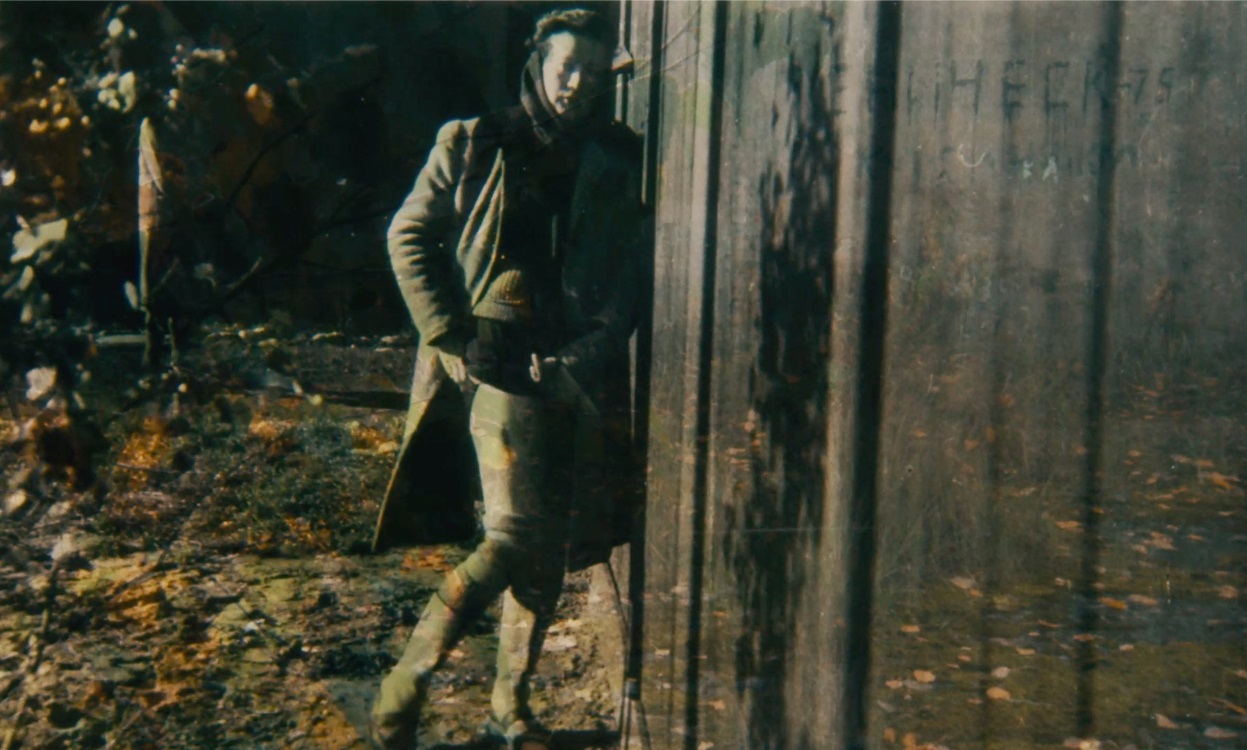 A woman exhibiting her injured leg, as depicted in “From Where They Stood,” a new Holocaust documentary opening at New York City’s Film Forum on July 15, 2022, showing clandestine pictures taken in 1943 or 1944 in a number of different concentration camps. Credit: Courtesy.

One of the only artistic choices he makes is to start the film with rain. This works, as he then holds bone fragments that come out of the soil and once were in the bodies of living Jews. I could not help but think had I not been born in a New York suburb in 1978, but rather in Berlin in 1948, they could have been my bones.

Another choice he makes is to show a tourist having her photo snapped. At first, it seems bizarre, but then it comes clear: Its serves as a juxtaposition of the ease with which photos nowadays can be shot by phone with no fear of consequence, with no difficult task of having to steal a clunky camera and take pictures manually, possibly on pain of torture or death. I only wish Cognet had made an artistic decision to include more and not less.

Nonetheless, the director has done a great service by making this film, which was Best Documentary Winner at the Jerusalem Film Festival, and while it is far different than what might be expected from the movies, it honors the efforts of some of the bravest people who walked the earth that we otherwise might never have known about.