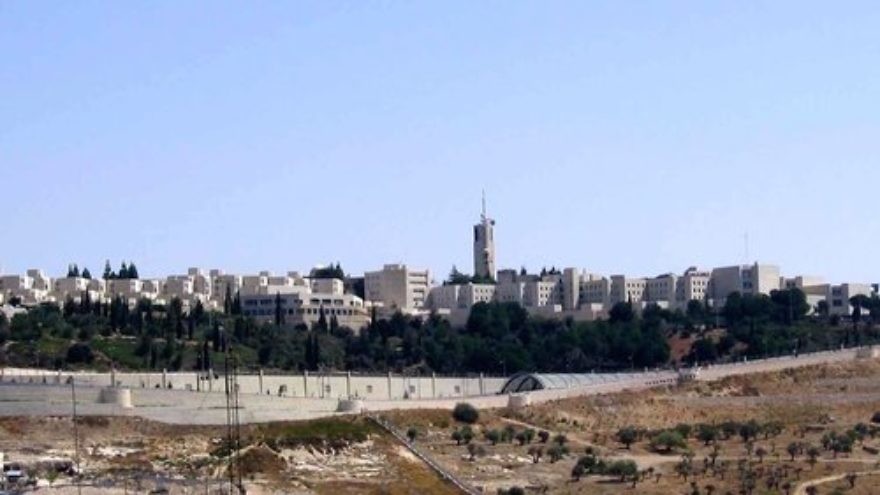 (May 19, 2017 / JNS) Some prominent American supporters of Hebrew University of Jerusalem are criticizing the school for canceling the singing of Israel’s national anthem at a graduation ceremony this week.

The university decided “Hatikvah” would not be sung at the May 18 graduation ceremony of its School of Humanities. Israeli media reports quoted a university official saying the decision was made out of “consideration for the other side,” a reference to the possibility that Arab students would be offended.

The song’s lyrics refer to “the Jewish soul yearning” for “2,000 years, to be a free people in our land, the land of Zion and Jerusalem.”

Several prominent American backers of the university, speaking as individuals and not for any organization, expressed disappointment over the university’s cancelation of “Hatikvah.”

New York City attorney Charles A. Stillman, who is an honorary vice president of American Friends of Hebrew University (AFHU), told JNS.org, “It would be a moral outrage for the leading university in Israel not to hear the singing of the national anthem of the state of Israel, ‘Hatikvah.’” He noted that he attended a graduation ceremony for New York University at Yankee Stadium this week, “and we sang ‘The Star-Spangled Banner.’”

Ira Lee Sorkin, a former president and former chairman of the board of AFHU, said he was “surprised” by the university’s decision. “There are thousands of foreign students who come to America to study for various degrees, and at virtually every graduation the anthem of the United States is played,” Sorkin told JNS.org. “I have never heard of any foreign student at an American university who has objected to playing the national anthem. And if I was attending an event in a foreign country where their national anthem was played, I would not find it offensive.”

Sorkin, a Manhattan attorney, added that he has attended previous graduation ceremonies at Hebrew University at which “Hatikvah” was played, “and the Arab students were happily participating and posing for photos with their families. I never heard of any of them objecting to the song.”

Sorkin, who is a member of the board of governors and executive committee of the university, said he may raise the issue at next month’s meetings of the board, in Jerusalem. He said he expects to attend Hebrew University’s June 11 graduation ceremonies for doctoral students, “and I hope that Hatikvah will be played there.”

Robert A. Pearlman, who served as CEO of AFHU from 1984-1993, told JNS.org he “completely agrees” with Sorkin’s sentiments.

“I don’t know why playing the national anthem of the State of Israel would be offensive to anyone attending a ceremony in Israel,” Pearlman said. “I sometimes think we Jews tend to be overly sensitive so as not to offend anyone and forget our self interests. I’ve also attended many ceremonies at Hebrew University and have never heard of anyone complaining when Hatikvah was played and to the best of my recollection it was played at every ceremony.”

A Hebrew University spokesman said “there is no provision of law or guidance by the Committee for Higher Education concerning singing the national anthem at academic events,” and therefore the university is under no obligation to do so. Spokespeople for AFHU did not respond to requests for comment.

“Hatikvah,” or “The Hope,” a poem by the Hebrew writer Naftali Hertz Imber, was set to music and adopted by the early settlers in Turkish-occupied Palestine in the 1880s. “Hatikvah” quickly became a staple of Zionist gatherings, with enthusiastic delegates at the Zionist Congresses sometimes singing it over and over again. At the Eighteenth Zionist Congress, in 1933, it was officially adopted as the anthem of the Zionist movement.

Following the establishment of the state of Israel in 1948, “Hatikvah” became the country’s unofficial anthem and is routinely sung at a wide range of public events, including university graduation ceremonies. It was formally adopted as Israel’s national anthem in 2004.