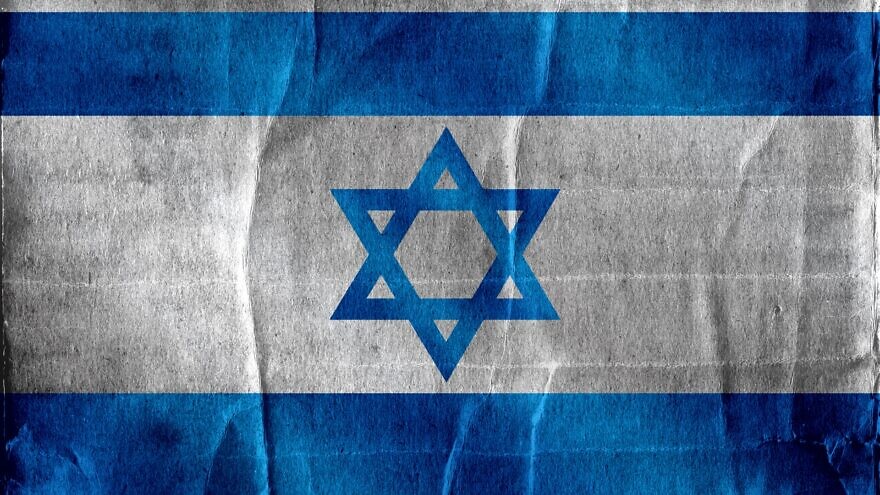 PROMOTED CONTENT / Every Jewish institution now needs security. Jews have been murdered in Pittsburgh, San Diego and Jersey City, beaten on the streets of Brooklyn, harassed in the universities, defamed by The New York Times and CNN, and now maligned in the U.S. Congress.

We propose a “Ten Point Initiative” to counter the assaults, as a starting point to re-examine failed communal policies.

For electronic copies and to join a discussion, go to: Peaceandtolerance.org/ten

The Jewish community has enormous talents, and significant resources which have often been used to benefit America and the world. We now need to direct the energy and inventiveness of the community to fight the epidemic of hate that is plaguing our community.

For electronic copies and to join a discussion, go to www.peaceandtolerance.org/ten 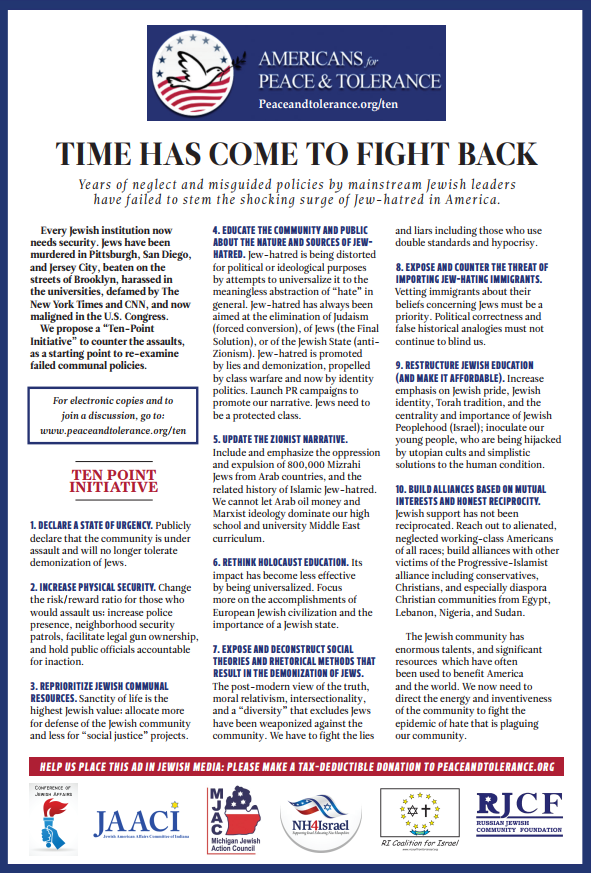 • To send this plan to a friend, family member, rabbi, or community leader, highlight the URL above, copy, and paste it into an email.

• To comment publicly and tell us what you think, go to our Facebook page and give your feedback.

• If you would rather comment privately and directly, you can email us at apt@peaceandtolerance.org.

Help us place this ad in Jewish Media: Please make a tax-deductible donation to peaceandtolerance.org
JNS Promo+ is an ideal publishing platform to promote organizations and one-of-a-kind initiatives. To learn more about publishing via JNS Promo+, please click here.