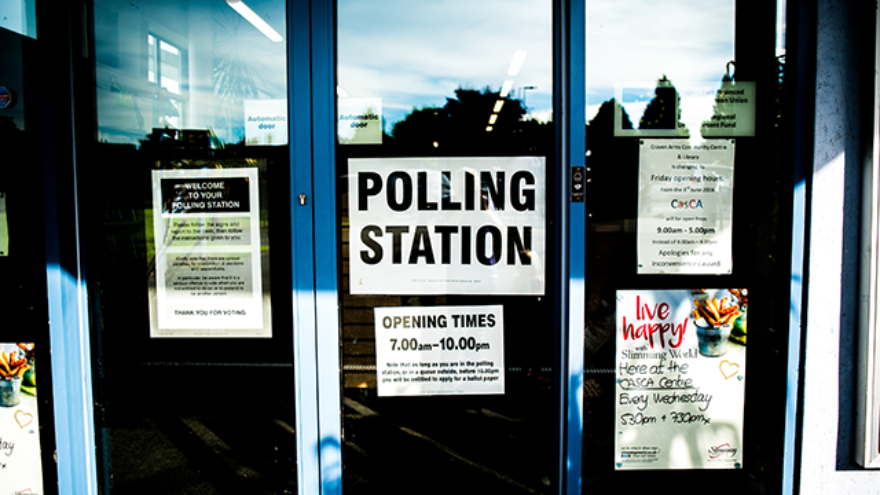 (October 28, 2020 / )More than 70 Jewish organizations, employing more than 2,000 people across the United States, have committed to closing for business on Election Day so that their employees can engage in the democratic process without any hindrances. They have made this pledge as part of Free&Fair: Our Duty to Democracy, a new initiative—powered by Lippman Kanfer Foundation for Living Torah in partnership with ignite: action—that seeks to encourage the American Jewish community to take action during this election cycle.

Over the past month, Free&Fair has called on Jewish organizations to close and offer paid time off on Election Day so that their employees have time to stand in line to vote, volunteer or work at the polls, participate in poll watching or election protection, help nonpartisan GOTV efforts, and support American democracy in other ways. The campaign draws inspiration from the movement over the past decade to position Dr. Martin Luther King Jr. Day as a day of service and hopes to make Nov. 3 a “Day of Democracy.”

The 70 organizations that have already signed on include some of the largest Jewish non-profit organizations in the country and span the Jewish denominational spectrum from Reconstructionist and Reform to Conservative and Orthodox. Employees from these organizations are volunteering as poll workers, poll watchers, and GOTV advocates. Many clergy members are training in de-escalation techniques and will be deployed to safeguard voters at polling sites in the event of potential violence. More employers are signing on every day.

“We hope this is the beginning of a movement that continues into future elections and expands beyond the Jewish community,” said Aaron Dorfman, president of Lippman Kanfer Foundation for Living Torah. “Voting is at the core of American democracy. The American Jewish community has thrived because of the health and vitality of American democracy, and it’s our duty to do everything we can to ensure that we and others are able to participate in it fully.”

The organizations that have signed on each have their own reasons for making the pledge, but a shared commitment to American democracy unites them all.

“JCRCs are committed to serving the political and civic interests of the entire Jewish community,” said Maharat Rori Picker Neiss, executive director of the Jewish Community Relations Council of St. Louis. “Free and fair elections are at the core of our work and closing on Election Day is another step in eliminating any barriers to the democratic process.”

“We believe that Jewish wisdom, tradition, and values can and should contribute to enhancing the broader societies in which we live,” said David Bryfman, CEO of the Jewish Education Project. “We have chosen to close our office for work on Election Day 2020 in order to ensure that our staff has the ability to vote as easily as possible and to encourage our staff to enact their civic values as widely as possible.”

For many signatories, supporting democracy in this way is essential to their understanding of Jewish tradition.

“Engaging in the political process is a Jewish imperative,” said Rabbi Elyse Wechterman, executive director of the Reconstructionist Rabbinical Association. “This year, more than ever, we want to make sure our staff members have the time they need to access the ballot and work to protect our democracy.”

“Civic engagement isn’t just a mitzvah,” said Rachel Glicksman, director of community engagement at Avodah. “It’s a Jewish responsibility to our communities and to future generations who will inherit the world and policies we leave behind; and there is no greater way to sustain democracy than to ensure fair and accessible elections.”