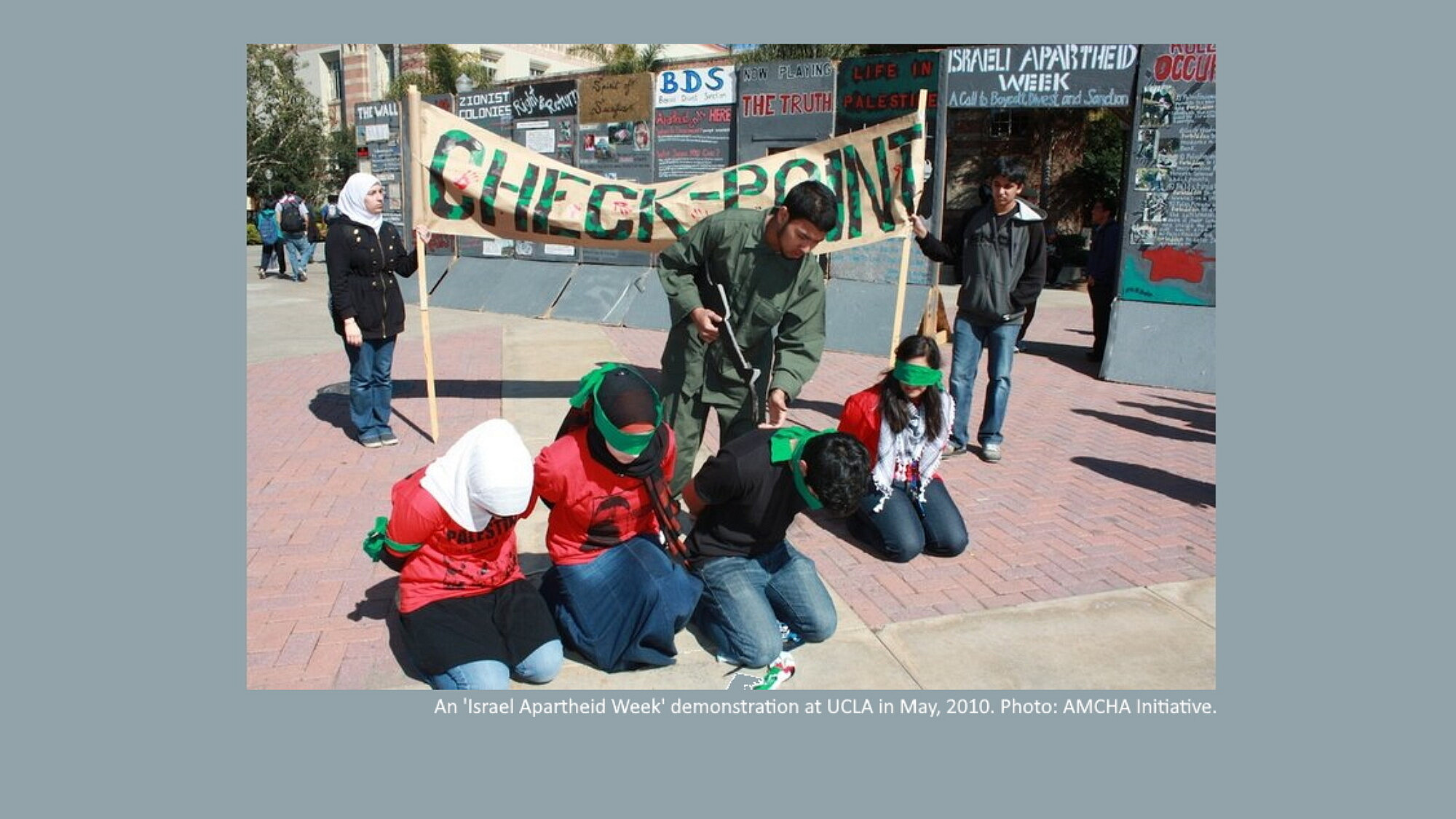 (November 30, 2020 / Squashhouse Media & Dim Bom Productions)What do you do when young, impressionable Jewish students want to be popular but Israel is becoming increasingly unpopular? This is the question that has confounded Jewish leadership. Respected filmmaker Jeff Hoffman and producer Eugene Levin intend to change this dynamic by using visual media to enter the world inhabited by young people.

Their two films in the making: “The Baltic Truth” and “Unlikely Heroes,” are aimed at the current generation of young Jews, who have to run a gauntlet of anti-Israel bias as a rite of passage on many of today’s college campuses. 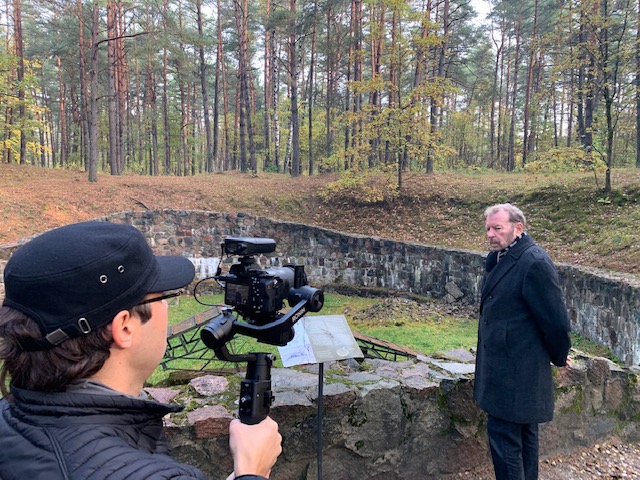 Narrator Dudu Fisher in the Ponary Forest in Vilnius, in October during filming of The Baltic Truth. Courtesy Squashhouse Media.

The stakes may not be as obvious as in the pre-Holocaust days, yet many of the same storm clouds that preceded the Holocaust are darkening your average college campus today.

Just as the Jewish establishment in the United States refused to acknowledge the foreboding signs that preceded the Holocaust, Hoffman and Levin have found today’s so-called Jewish leadership—mainstream Jewish organizations—unwilling to even consider the merits of their critically timed film project.

Fortunately, there are a few who have been willing to lend their financial support, if not their voices, to their worthy project. Among these is noted American lawyer and legal scholar Alan Dershowitz, who feels the films could very well be the wake-up call for a generation of young Jews who may otherwise soon be lost to Israel. Dershowitz, a longtime defender of Israel’s rights, feels the films will help embolden Jewish college students to confront the dangerous “cancel culture” that dominates modern campus life, specifically targeting students who support Israel.

“The Baltic Truth” shows what happens when Jews are totally helpless, their existence depending solely on the whims of their neighbors.  Please watch the trailer:

You have just witnessed the worst of contemporary Jewish history. Now it is time to experience the best of recent Jewish history with “Unlikely Heroes.” It is the synergy of the two films that makes them both so vital. When shown in sequence, the two films have the power to strengthen the resolve of young students to stand up to the campus BDS mobs, their left-leaning professors and misinformed peers.

For this project, Hoffman spent the past five years traveling the world, interviewing the heroes of Israel’s War of Independence. These brave and selfless individuals, from all walks of life, include a young Jewish veteran fighter pilot, a Polish Catholic seaman, a Navajo Indian and a young yeshiva girl. The 54 individuals appearing in the film represent such a range of personalities, age and backgrounds that any college student will surely find a role model to inspire them to stand up for Israel.

Please consider contributing financially to enable Hoffman and Levin to complete these films.

One cannot walk away from history. For generations, many have asked themselves what they could have or should have done to save their brethren in the worst of times. Hoffman and Levin are asking you to play your part in this effort, by donating to the completion of the films. There is an entire generation of young Jews that must be roused to action, in support of Israel—and themselves—before it is too late.

In our information age, those who oppose Israel’s existence attempt to undo history. Once our films are completed and distributed, doing this will be more difficult than ever.

Distribution plans for the films are in place. Hoffman and Levin will be taking advantage of well-established organizations such as Hillel, Chabad, StandWithUs and Students Supporting Israel, who have “boots on the ground” and in some cases venues ideal for screening films.

All of these organizations are anxious to find ways to inspire their student populations to join and support what needs to become a popular fight for Israel.

Both films are already near completion thanks to the generosity of a few people of conscience who have a profound sense of history repeating itself.

With filming complete, we are entering the final editing phase for both films. We do see the light at the end of the tunnel but are in need of further support. Please reach out to us with any questions regarding the films and our current needs to complete them.

For those who would like to see their name in lights, we intend to run a “Special Thanks” section in the rolling credits at the end of the film.

To donate toward the completion of The Baltic Truth, visit:
http://www.baltictruth.com/#contacts

To donate toward the completion of Unlikely Heroes, visit:
https://fundmyfilm.org/documentary-films/unlikely-heroes-the-men-women-who-saved-israel/

Checks can also be sent to our 501(c)3 fiscal sponsor:
From the Heart Productions
For the benefit of “Baltic Truth” and/or “Unlikely Heroes”
1014 Harbor Blvd
#53
Oxnard, Ca., 93035
JNS Promo+ is an ideal publishing platform to promote organizations and one-of-a-kind initiatives. To learn more about publishing via JNS Promo+, please click here.