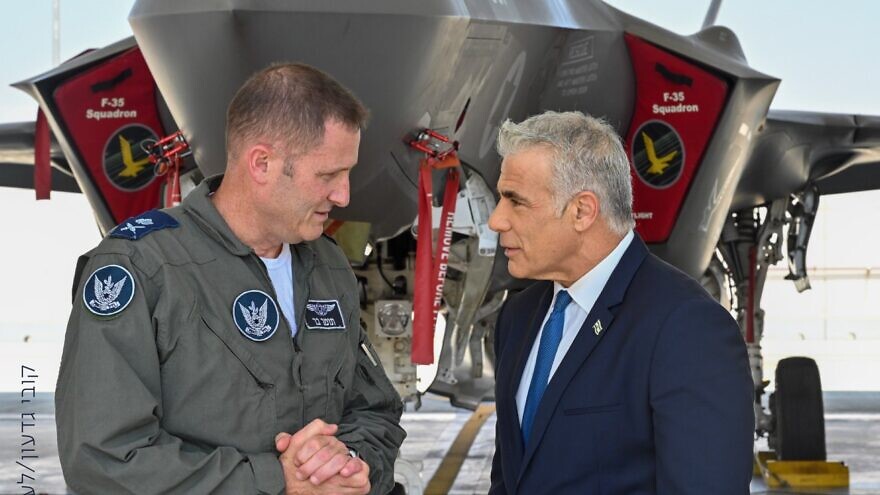 (September 6, 2022 / JNS) Israeli Prime Minister Yair Lapid on Tuesday issued a sharp warning to Iran not to continue to “test” the Jewish state.

Speaking during a visit to an F-35 stealth fighter squadron at an air base in southern Israel, Lapid said, “If Iran continues to test us, it will discover Israel’s long arm and capabilities.”

Opposition leader Benjamin Netanyahu, who also spoke with the delegation, tweeted afterwards that there is “intense opposition” in Washington to the nuclear deal being negotiated between Iran and world powers.

He vowed that if he were to become prime minister following Israel’s November 1 elections, he would “act in Congress, in the Senate, and the American media and in every way—to ensure Iran would never have a nuclear weapon.”

Meanwhile, Mossad chief David Barnea is currently in the United States for a series of meetings in which he is expected to express Israel’s opposition to the Biden administration’s efforts to revive the 2015 nuclear deal.