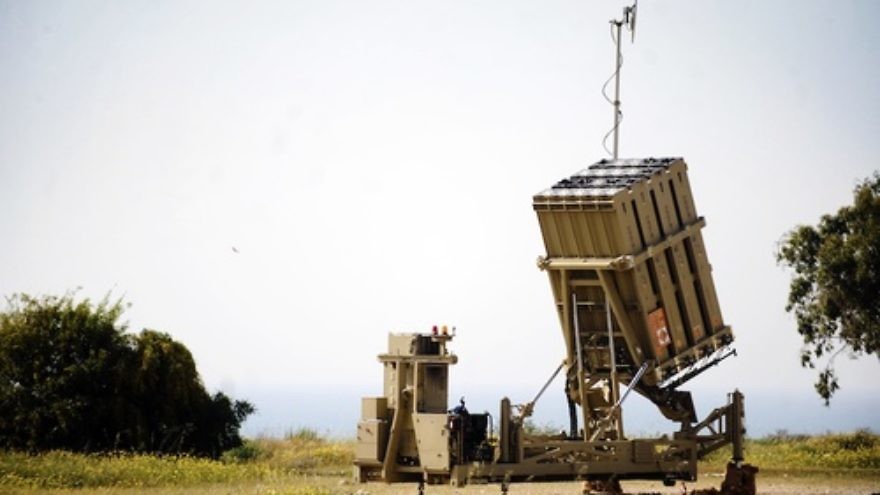 Due to a seemingly never-ending cycle of war in Israel, the Jewish state is constantly taking great measures to strengthen its military and defend its borders. Fueled by wartime pressures, the “start-up nation” also invests a great deal of time, money, and intellect into the development of advanced defense systems—security technology that has already saved thousands of lives.

Of course, Israel didn’t earn its “start-up nation” moniker for its defense systems alone. Many extremely gifted Israeli men and women have channeled their brainpower and willpower into the development of successful technologies and enterprises of all kinds. But the sense of urgency brought about by war has forced Israel’s citizens to act creatively and responsibility, channeling their talents towards the production of these innovative defense tools and applications.

The most well-known example of this trend is the Iron Dome missile defense system, a virtual military miracle created by Rafael Advanced Defense Systems. The anti-missile system, which is designed to explode incoming rockets before they land, will go down in history for its role in curbing civilian fatalities during Operation Protective Edge. This revolutionary defense product is the work of tremendously gifted people who are devoted to the field of defense.

But technology is only as good as the people behind it. Staying one step ahead of our numerous enemies requires appropriately skilled and well-educated individuals.

Having studied physics and electro-optics at the Jerusalem College of Technology (JCT), and subsequently earning a Ph.D. in biomedical engineering, I understand the central role that education plays in the creation of high-tech products. The persistence and discipline required for a product to mature from the drawing board to a viable consumer product is simply remarkable. In the tech world, there are no true shortcuts, and the secret to staying ahead is based on receiving the best possible education.

Without question, my success—including the establishment of NDS, which became the leading supplier of secure digital TV entertainment delivery and was eventually acquired by Cisco for $4 billion—is due to my education. I owe everything to the institutions of higher learning that molded and formed my thought-processes, thereby charting my future.

It is for this reason that Israel’s paltry investment in technology education is so troubling. Education is about more than just personal fulfillment in Israel—the right education for the right people might actually save lives.

The fact is that fewer than 20 percent of Israeli high school students study science. When they graduate to university, an even smaller percentage of students find that they are capable of truly excelling in areas like physics. It is essential that we increase that pool.

As a proud graduate of JCT and a lover of Israel who sees the writing on the wall for scientific study in the “start-up nation,” I joined JCT’s Board of Trustees to ensure that the institution continues providing a framework of educational support focused on science, technology, and professional training. Again, this framework is not just crucial for student fulfillment, but is also a core component of Israel’s long-term defense strategy.

With so many students choosing other fields of study, we must encourage the entire Israeli population—including those on the “fringes,” like the haredi and Ethiopian communities—to study, and to push themselves to excel in, science and technology. And of course, the Israeli government must put the horse before the cart, investing as much in science education as it sets aside for defense technology R&D.

The bottom line is that, as is the case with so many other kinds of battles, education is truly our best defense. It’s time we realize the serious personal and national-security contributions made possible by a first-class science education, and insist on the support and funding to make it a reality for our “start-up nation.”

Dr. Dov Rubin is a native of Brooklyn, NY, and a graduate of the Jerusalem College of Technology. He is an expert in non-invasive medical technologies who currently serves as the senior vice president of marketing and business development at HealthWatch Ltd.