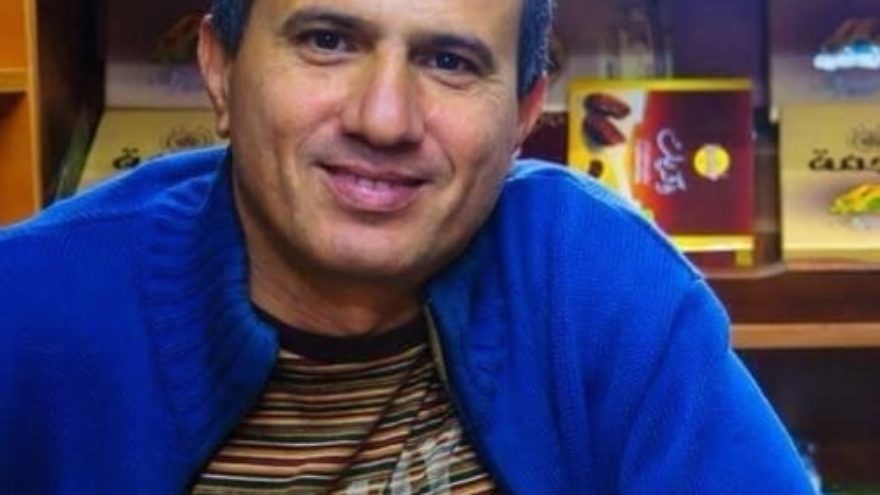 It’s that dirty little secret which nobody wants to talk about, because it makes everybody uncomfortable. It hovers in the background, it’s hidden in the closet, and it lingers in the recesses of our minds. But it’s there, written in black and white in the Oslo Accords, and it can’t be erased: the Palestinian Authority (PA) is obligated to surrender to Israel any terrorist whose extradition the Israelis request.

Which is what makes the ongoing standoff in Bulgaria such an inconvenience!

A Palestinian terrorist who escaped from an Israeli prison 25 years ago is now being given shelter in the PA’s consulate in Sofia, the capital of Bulgaria.

The terrorist is Omar Nayef Zayed, who was convicted in 1986 of murdering an Israeli yeshiva student. He started a hunger strike in 1990, which resulted in the Israeli authorities admitting him to a hospital in Bethlehem. He escaped from the hospital, slipped out of the country, and made his way to Bulgaria.

Israel has asked the PA to hand him over, in accordance with Annex IV, Article 2, Par.7(f)(1) of the Oslo II agreement that Prime Minister Yitzhak Rabin and the PA signed in 1995. That clause specifically obliges the PA to comply with every Israeli request for extradition.

During 1995-96, Israel submitted 36 extradition requests. Additional requests were made in subsequent years. Not one of them has ever been honored.

Over the years, State Department officials became experts at coming up with excuses for the PA’s non-compliance on extradition. The classic example involved diplomat Dennis Ross. In May 1997, Ross was invited to speak at the Jewish Theological Seminary (JTS) in New York City. An audience member asked him why the U.S. was not demanding that the PA hand over Nafez Sabih, a Palestinian terrorist involved in the murder of JTS student Matthew Eisenfeld. Ross said Sabih had not been extradited Israel because “the Palestinians are required [to extradite terrorists to Israel]” only “if they haven’t imprisoned these people,” and he would not be extradited to the U.S. because “the United States does not have an extradition treaty with the Palestinian Authority.”

Both of Ross’s claims were false. The Oslo agreement does not say the PA can refuse extradition requests if it imprisons the terrorists in its own jails; the accord obligates the PA to extradite terrorists to Israel, period. And the U.S. does not need an extradition treaty in order to bring a terrorist to America for trial; the U.S. frequently pressures countries with which it has no such treaties to voluntarily surrender the suspects.

But Ross’s falsehoods worked—they ended the discussion. And that, of course, was his goal: to keep the issue out of the spotlight, to keep the Jewish community from focusing on the problem and demanding action.

In the midst of the 2002 standoff over terrorists being sheltered inside Yasser Arafat’s compound in Ramallah, journalists asked PA cabinet minister Nabil Shaath about Israel’s extradition requests. He replied (according to the Jerusalem Post, Sept. 25, 2002): “We will never agree to hand over the wanted men or a list of names of those inside the compound. If this is the subject, we prefer not to talk.”

American Jewish leaders, too, seem to prefer not to talk about it—presumably because they don’t want to upset the White House and the State Department.

And as long as Jewish organizations don’t talk about it, the news media will bury it, too. Getting the news media to take an interest is important, because if just one reporter at the daily State Department briefing would ask a question about the standoff in Bulgaria, the administration would not have a coherent answer. It can’t defend sheltering a terrorist—but it won’t criticize the PA for sheltering a terrorist. Asking a question opens up a can of worms that needs to be opened.

And members of Congress would certainly be willing to talk about the extradition issue—but they need to hear from Jewish leaders that this is an issue of concern to the Jewish community.

Silence is the enemy of justice. As long as friends of Israel remain silent, the murderer Omar Nayef Zayed will continue to escape justice.