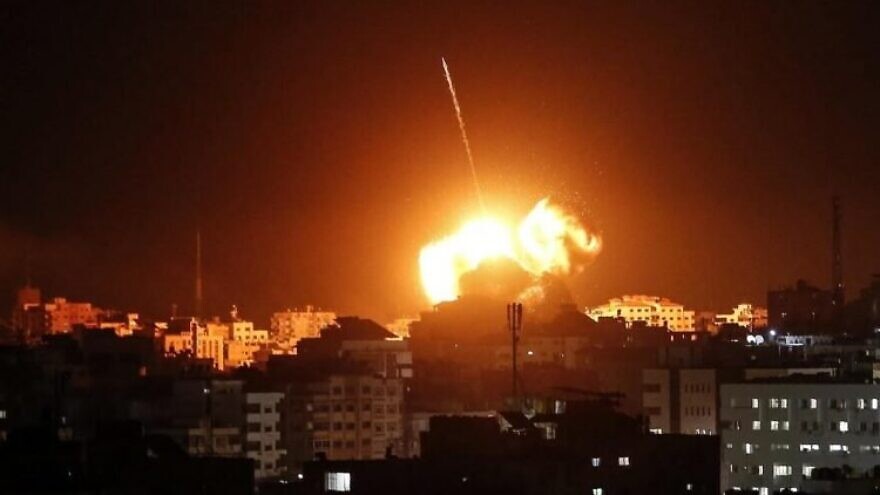 (December 16, 2021 / JNS) A Syrian soldier was killed early on Thursday by an Israeli missile strike in southern Syria, according to official Syrian media reports.

Shortly before 1 a.m., Syrian air defenses were triggered by Israeli missiles coming from the direction of the Golan Heights, a Syrian military source told the Syrian Arab News Agency (SANA).

The target of the strike was an air-defense facility in the western As-Suwayda countryside, according to the Syrian Observatory for Human Rights (SOHR). The U.K.-based group, which monitors the war in Syria and has sources on the ground there, reported that “at least” one member of the Syrian armed forces had been killed, while several others were wounded, some critically.

The strike is the 28th attributed to Israel since the beginning of the year.

According to Syrian media reports, on Dec. 7, Israel struck shipping containers housed at Syria’s Latakia port. On Nov. 24, SANA reported that two people had been killed and seven wounded by an Israeli strike in the Homs region. According to the report, six of the wounded were soldiers, while the rest of the casualties were civilians. SOHR sources reported however that four people died as a result of the strike, two of them due to falling debris from the interception of an Israeli missile by Syrian air defenses.

On Nov. 9, SANA reported that Israel had struck a number of targets in the country’s central and coastal regions, wounding two Syrian soldiers and causing material damage, and on Nov. 3, an Israeli strike was reported near the town of Zakiyah in Rif Dimashq.

On Oct. 30, five militia members were reported to have been killed in a strike in the Damascus area. And on Oct. 25, Israel reportedly struck sites in Quneitra Governorate in southwestern Syria.

The Israeli military has not commented on any of the reports.