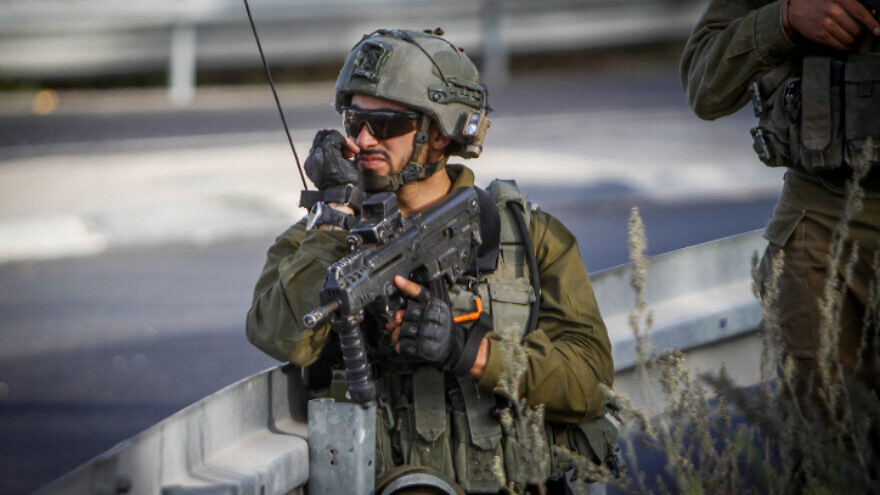 An Israeli soldier near the scene of a suspected vehicular assault near Yitzhar, Sept. 24, 2022. Photo by Nasser Ishtayeh/Flash90.
Spread the word.
Help JNS grow!
Share now:

The ambush was set adjacent to a location from which terrorists had fired on the Jewish community in recent days, Kan News reported. The casualty, who had been riding a motorcycle, was later identified as Sa’ad al-Cuni, a member of the Lions’ Den terror group, which is behind a spate of recent shootings in the Nablus area.

The other suspects, some of whom are believed to have been wounded in the attack, escaped towards the city of Nablus in another vehicle, according to the report.

The IDF has ordered a general closure on crossings between Israel and Judea and Samaria and Gaza ahead of the High Holidays, and the defense establishment is tracking “tens” of terror alerts, according to police.

On Saturday, the IDF thwarted an attempted vehicular assault near the Israeli outpost of Havat Gilad in Samaria.