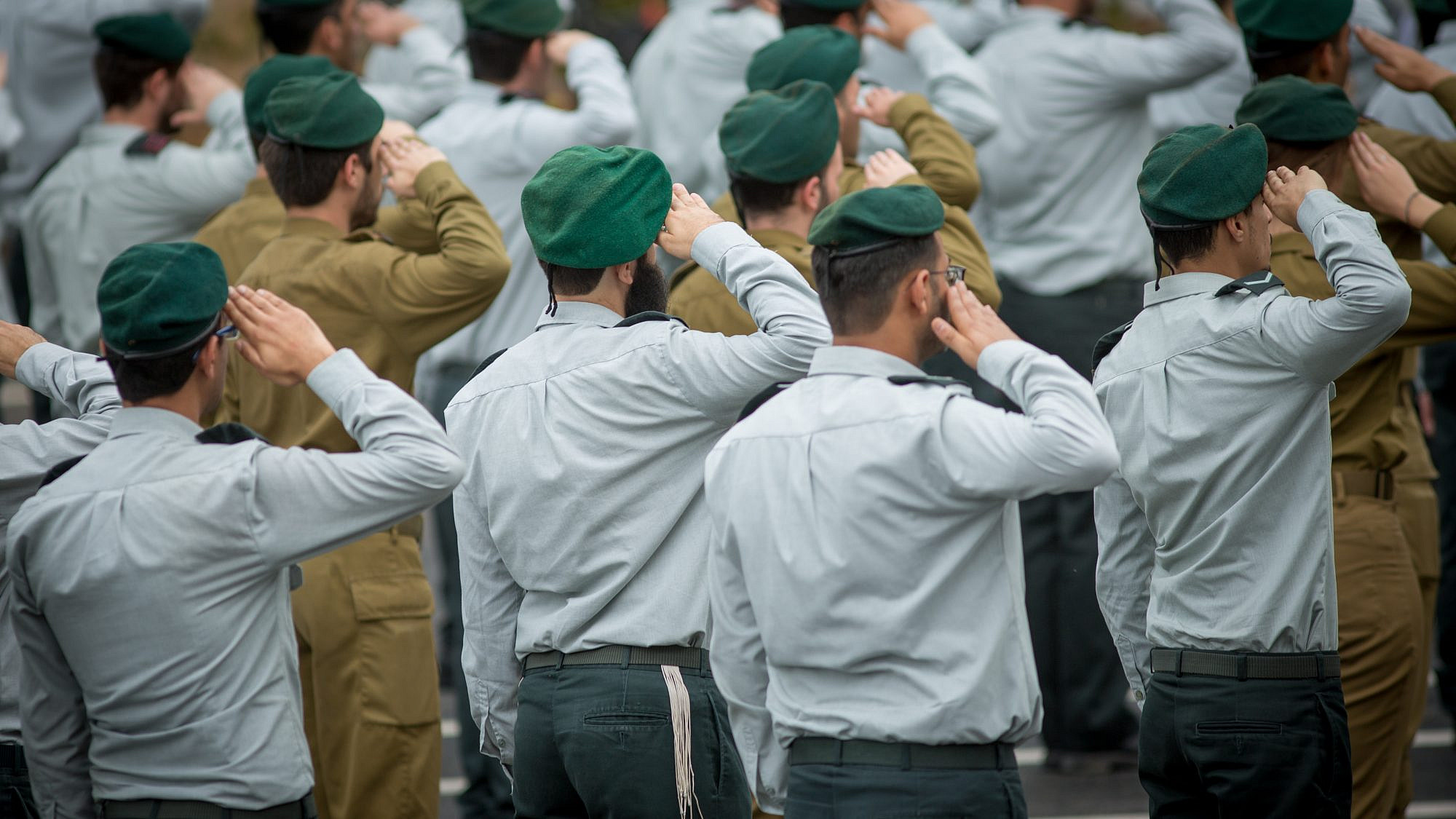 (May 4, 2018 / JNS) A program designed to integrate young people on the autistic spectrum into the military—in fields where they have a relative advantage—is proving to be a “win-win” for all involved.

The program, dubbed “Seeing Afar,” which is jointly run by the IDF and the Ono Academic College, is now in its fifth year. It includes a training course that teaches autistic youths to decipher aerial and satellite visual-intelligence images, based on their enhanced visual ability and their tendency towards patience, which allow them to explore the minutest details—an essential attribute for this role, an officer from an intelligence unit that received the volunteers has told JNS.

The secretive and sensitive Unit 9900, which specializes in visual intelligence and plays an essential role in the activities of the Israel Defense Forces, has received some 100 autistic volunteer soldiers so far.

Cpl. O (full name withheld) is one of them. He spent 10 months deciphering visual-intelligence images, helping the IDF track down suspicious enemy movements, before working to train others like him to do the same.

“When I first arrived here, I still felt like a civilian,” Cpl. O told JNS in an interview. Gradually, however, he began to feel like an organic part of the military.

He described what it was like to sift through intelligence images, searching for that needle in the haystack. 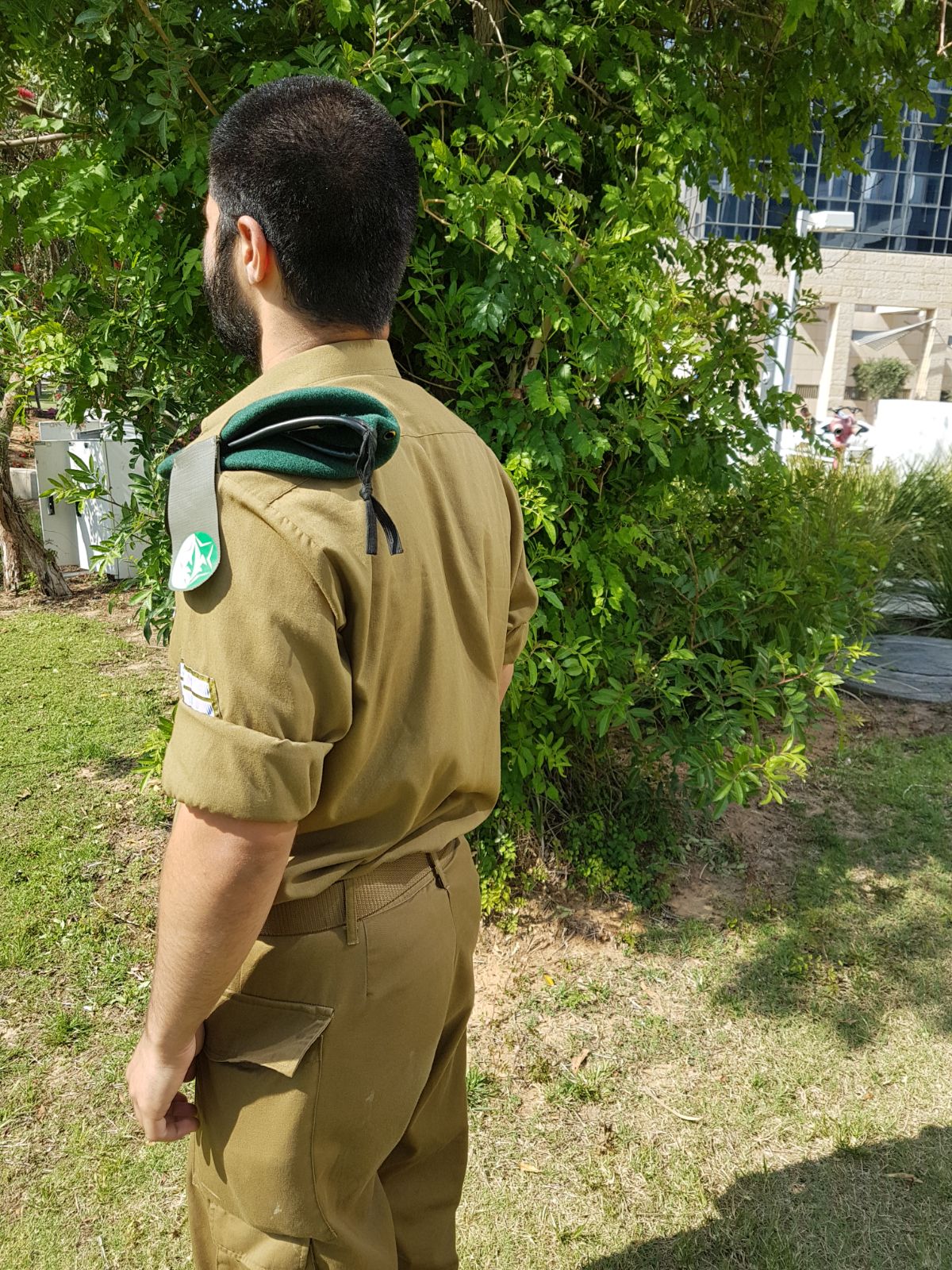 “You search and search, and don’t find it at first. Sometimes, it feels like forever until you find it. But when you do, it certainly brings satisfaction,” said Cpl. O. “There were whole days that I couldn’t find what I was looking for. On other days, I’d locate it in every picture—six pictures in a row. On those days, I wanted to look for more! Sometimes, it feels empty; other times, full. Everything I found has given me satisfaction. It was a step forward that brought us all toward the goal.”

Asked what it takes to get good at this unusual work, which is critical to national security, Cpl. O said: “Deciphering aerial images is like everything else. You need experience and endurance. No one was born knowing how to decipher aerial images. [Guitar legend] Jimmy Hendrix got good with practice. We also trained, and then we started working, getting to know this work. It takes time until you become professional—a lot of time.”

From project to program

Lt. L [full name withheld], who is Cpl. O’s commanding officer, explained that her department in Unit 9900 not only qualifies its personnel, but also offers them a full-range of support in light of their varying conditions. This includes specialized caregivers, occupational therapists and the commanding officers themselves, who have become qualified to support autistic soldiers.

“They are learning this from scratch,” she said. “The idea of this program is about creating a ‘win-win situation.’ How do we take people with very high capabilities, who are on the autistic spectrum, put them in very high demand roles and enable them to contribute to the military?”

The idea began with three co-founders: Ranan Hartman, CEO of the Ono Academic College; physicist Leora Sali; and ex-Israeli Defense Ministry official Tal Vardi. They approached the commander of Unit 9900 in 2013 with the idea of placing highly functional autistic volunteers in the unit.

The commander said that in the next 20 years, machines will not be able to replace humans for such jobs, and as such, “there will always be a shortage. Everyone who can contribute to this is welcome. He accepted the idea.”

Added Lt. L: “This is how the ‘marriage’ began. It started as a project, which went through two cycles. Now it’s a program, and it has extended beyond deciphering to include open-source intelligence and quality assessment of software. The 11th training course is now beginning.”

Entering the job market after service

The volunteers are highly motivated and very capable of serving their country, said Lt. L. On a personal level, the officer said, “I gain every day. From the dialogue I have with them, the ideas, the dilemmas that come up, and finding ways to deal with it.”

In such a working backdrop, the volunteers inevitably mature during their time in service, noted Lt. L. Afterwards, the military helps them find jobs in the civilian world. “During the course, we talk about autism—how to accept it and how to become more independent,” she added. “We have already helped people get into the job market.”

She said she has become inspired by her work with these soldiers and plans on working with autistic people in the civilian world after completing her own military service.

Cpl. O. described how far he had come since the day he identified himself as having Asperger’s syndrome as a teenager—a self-diagnosis that was later confirmed by professionals. He received an exemption from military service before his mother found out about the “Seeing Afar” program.

“I still wanted to the serve,” he said. “My mother had a senior role in intelligence. This gave me motivation. There is a debt to the country that I needed to repay.”

On a social level, the unit has enabled him to flourish, improving his ability to initiate communication, in part due to the fact that his fellow unit members have something in common with him.

“Socially, it helped me grow up,” he said. “I have learned how to research things here. And how to not immediately put all of the responsibility on others.”

Cpl. O said that after he completes his service, he intends to make a big leap to an entirely different area and become a tattoo artist..

“Now, you have the ability to dare—and to work for yourself,” Lt. L said with a smile.