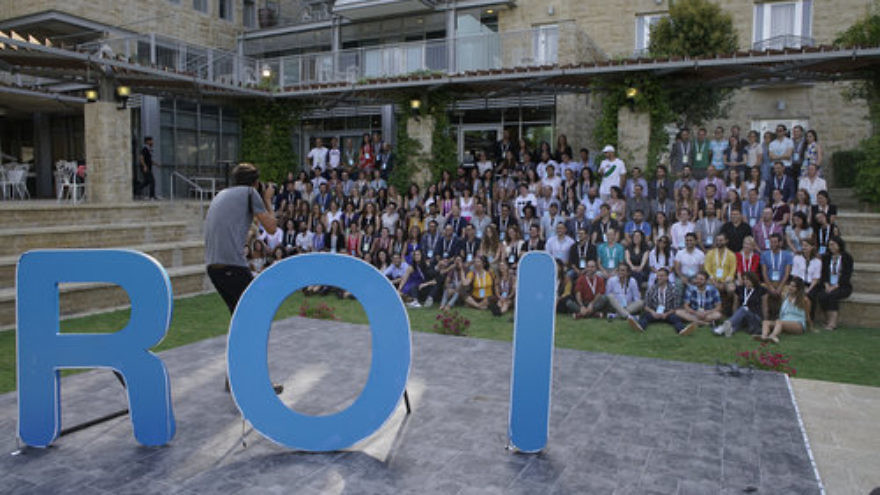 As the so-called “Jewish Olympics” (the Maccabiah Games) kicked off this week in Israel, another Olympic-style Jewish event sought to ignite global Jewish leadership.

From July 2-6, the 2017 Return on Investment (ROI) Summit in Jerusalem hosted more than 150 young Jewish leaders from 29 countries. An initiative of the Charles and Lynn Schusterman Family Foundation, the summit is the flagship program of the ROI Community, a movement that states it “connects dynamic Jewish leaders from across the globe, enabling them to turn their passion into action and shape the future of the Jewish world.”

Coming to Jerusalem from Africa, Asia, Australia, Europe and the Americas, ROI Summit participants lead initiatives that are just as diverse as the range of Olympic sports. Some aim to build bridges between Israelis and Palestinians, others work to improve life for underprivileged communities outside of the Jewish community, and others put a new spin on arts and culture. Here is just a sampling:

Amid the diversity of their initiatives, summit participants share a broader goal: reshaping the Jewish future.

As the name “Return on Investment” suggests, the gathering’s goal is to invest in young leaders within the Jewish community through workshops, networking and brainstorming, hoping for a social impact that will positively affect the global and Jewish landscapes.

In a “brain date extravaganza,” participants networked with Israeli change-makers in speed-dating-like meetings, enabling the local experts to tap into the summit’s talent. The summit also includes peer-led workshops.

“The conference has been this mishmash of the most successful people I’ve ever met,” rapper Even-Esh told the Haym Salomon Center. “It’s the perfect place to come and share our stories and talents, because everyone here just gets it.”

The ROI Community offers ongoing opportunities for professional development, networking and financial support, such as micro-grants of $2,000 for projects.

Philanthropist Lynn Schusterman, co-founder and chair of her family’s foundation, said the ROI Summit “is much more than a conference. It is a fertile meeting ground for the most creative, talented young minds working in the Jewish world.”

“It is no coincidence that we bring them together in Jerusalem, a city that has both challenged and inspired humankind for thousands of years,” she said. “It is here that we hope these rising young leaders will connect, create and collaborate on a vision for the future of our community.”