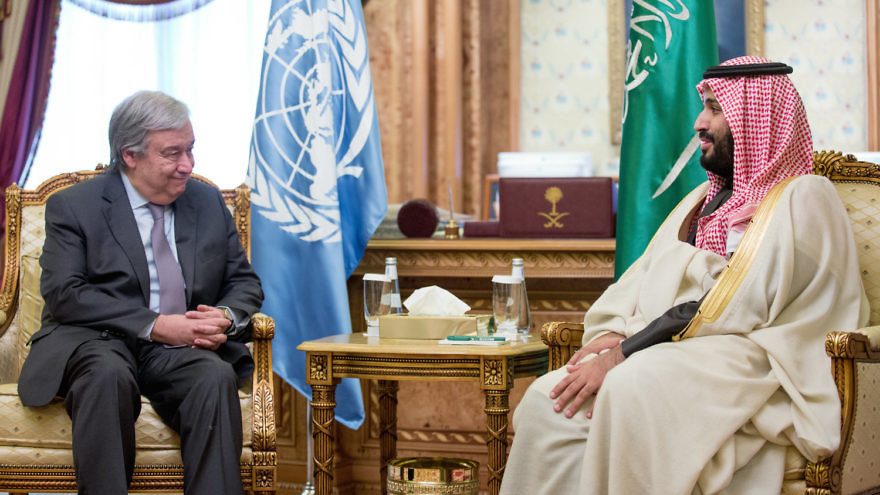 When 128 countries voted Dec. 21 in favor of a non-binding United Nations General Assembly resolution calling on the U.S. to withdraw its decision to recognize Jerusalem as Israel’s capital, nobody in Israel was surprised. Before the vote, Prime Minister Benjamin Netanyahu called the U.N. “a house of lies” and said Israel “rejects the resolution, even before it is passed.”

On the surface, Arab states’ votes supporting the resolution were also not surprising. But taking into account Saudi Crown Prince Mohammed bin Salman’s desire to get closer to the United States and his seemingly softening stance towards Israel, why did the Gulf states, including Saudi Arabia, vote in favor?

Dr. Yoel Guzansky, a senior researcher at Tel Aviv University’s Institute for National Security Studies, said the Saudis “have other priorities and while the Palestinians are not of major interest, they do pay lip service to the Palestinian cause and the Jerusalem issue.”

Even though the Saudis backed the resolution, they didn’t make a lot of noise over it. The same behavior was true for the rest of the member nations of the Saudi-based Gulf Cooperation Council (GCC)—Bahrain, Kuwait, Oman, Qatar and the United Arab Emirates. This could indicate Salman’s “desire to get closer to U.S. President Donald Trump,” Guzansky told JNS.

At least some of the GCC countries appear to view the U.S. announcement on Jerusalem as nothing more than a side issue. Bahrain’s Foreign Minister Khalid al-Khalifa tweeted, “It’s not helpful to pick a fight with the USA over side issues while we together fight the clear and present danger of The Theo-Fascist Islamic republic.” It’s increasingly clear that Iran—not the Palestinians, nor Jerusalem—is the main regional issue for the Gulf states. 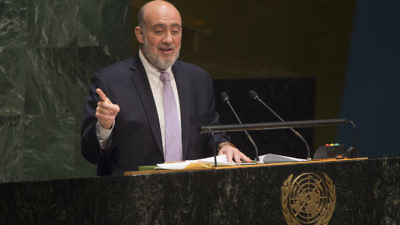 “On the one hand,” he told JNS, “Muslim countries will naturally support the Palestinians. But suddenly, after many years, Israel and the Saudis have coinciding interests, primarily because both countries see Iran as a major threat. And while the Palestinian issue is important to the Saudis, it is less important than the threat to their regime and their own survivability as they confront Iran, radical Islam and the Shi’ite-Sunni divide.”

For Prosor, Arab support for the Jerusalem resolution is less concerning than the hypocrisy of European countries that supported the measure.

“They say they are really worried over the announcement on Jerusalem since it will create instability. This is a decision by the U.S. and the Europeans decide to go to the GA (General Assembly). When the Russians vetoed everything regarding Syria, did the French or the British go to the GA?” Prosor charged. Answering his own rhetorical question, he said, “The answer is absolutely not!”

“And until 1967,” the former envoy continued, “anyone could visit eastern Jerusalem, except for Jews. The Europeans supported that wholeheartedly.”

Prosor pointed out that “when Trump made the decision, there was an understanding that this was supposed to be one part of the puzzle which would have included a regional solution. But Abu Mazen’s (Palestinian Authority President Mahmoud Abbas’s) remarks and the Palestinians’ emotional reaction effectively put an end to the larger peace plan the Trump administration was preparing.”

He added, “The change in the status quo of the status of Jerusalem was made not by Trump, but by the Obama administration. President [Barack] Obama and Secretary of State John Kerry refused to veto U.N. Security Council Resolution 2334 [in December 2016], which called any Israeli presence in eastern Jerusalem a ‘flagrant violation under international law.’”

Despite Europe’s broad support for last week’s Jerusalem resolution, the Eastern European countries of Hungary, Croatia, Latvia, Romania and the Czech Republic broke with the continent’s consensus on the issue by abstaining from the vote.

Israel at the U.N.

Israel has long believed the U.N. is hijacked by an automatic majority that is obsessed with the Jewish state and consistently passes biased resolutions against it.

In 2017 alone, the General Assembly—including major human rights abusers such as Iran, Syria and North Korea—has adopted 21 resolutions against Israel, compared to six resolutions on the rest of the world combined.

“Is Israel truly deserving of 86 percent of the world’s condemnation, or possibly is something else afoot at the United Nations?” Tapper said on his world news program, “The Lead.”

Tapper also showed a statistic from UN Watch, an organization that monitors bias at the world body, pointing out that between 2012 and 2015, the U.N. adopted 97 resolutions specifically criticizing an individual country—and Israel was the target of 83 of them.

Israel now has a stalwart supporter at the U.N. in the form of U.S. Ambassador Nikki Haley. And while many U.N. members condemn Israel in public, many of the same nations—even those without official diplomatic relations with Israel—maintain behind-the-scenes ties with the Israeli U.N. Mission.

While 128 countries supported last week’s Jerusalem resolution, with nine rejecting it and 35 abstaining, there are 21 additional General Assembly members to account for—the countries who did not support the measure because they were absent from the vote.