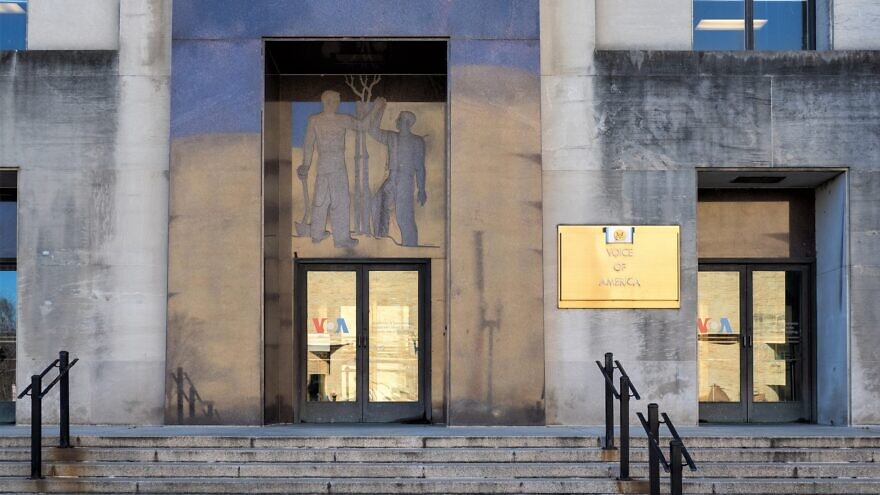 (June 17, 2020 / JNS) The Trump administration is pushing for reforms at the Persian branch of Voice of America, the U.S.-taxpayer-funded media outlet, following complaints that the news service exhibiting a pro-Iranian regime bias in its reporting, reported The Washington Free Beacon on Tuesday.

U.S. Special Representative for Iran Brian Hook told the Free Beacon that the administration is seeking reforms at VOA Persian that the Free Beacon reported would “include a change in leadership, a complete overhaul of its programming and new mandates to ensure coverage no longer fetes the Iranian regime.”

Michael Pack, the new head of the U.S. Agency for Global Media is expected to make sweeping changes at VOA, which has been plagued by allegations of corruption, mismanagement, liberal bias and other issues.

VOA’s director and deputy director resigned this week over the new leadership by Pack, a conservative filmmaker and ally of former Trump senior adviser Steve Bannon, citing that the outlet’s independence would be jeopardized.

“I hear often from the [Iranian] diaspora about problems at VOA, and I know the value that VOA“s Farsi language service can have if run properly and, conversely, how detrimental it can be if run improperly,” Hook told the Free Beacon. “I look forward to a new day for VOA’s Persian service as new leadership comes in under Michael Pack who can ensure accurate, effective and engaging content worthy of taxpayer dollars.”