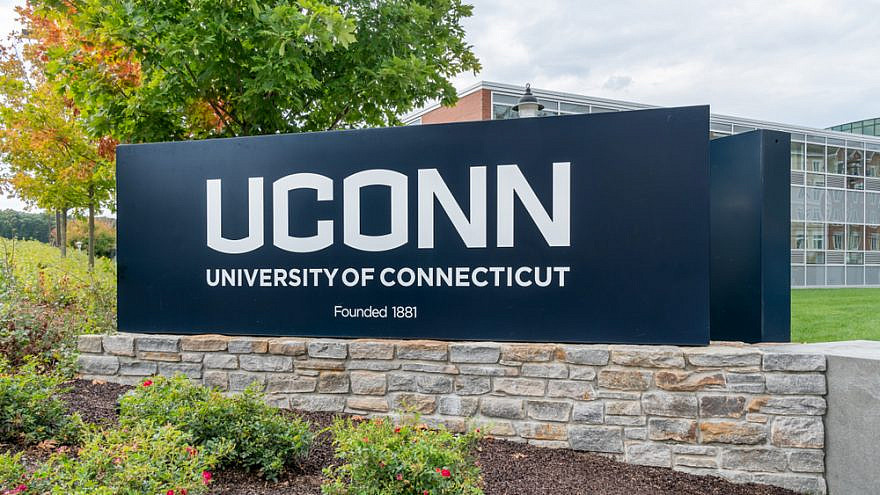 (April 30, 2021 / JNS) A student at the University of Connecticut was arrested on Thursday for spray-painting a swastika last month on a campus building.

Kristopher Pieper, 21, was charged with intimidation based on bigotry or bias and criminal mischief.

On March 27, following Shabbat and on the first night of Passover, the Nazi symbol was found spray-painted on the UConn chemistry building directly across the street from the school’s Hillel. Police launched an immediate investigation and after checking digital sources, including surveillance camera footage, Pieper was identified as a person of interest, reported the news station WTNH.

According to the arrest warrant cited by NBC Connecticut, Pieper initially denied spray-painting the swastika, though later admitted to the crime. He also agreed to provide a statement and apology to UConn’s Hillel and the Jewish community.

“We are grateful to UConn Police for their efforts, which, along with our clearly articulated values as an institution, help to demonstrate that hateful acts such as these will never be tolerated at UConn,” UConn president Thomas Katsouleas said in a message to the university.