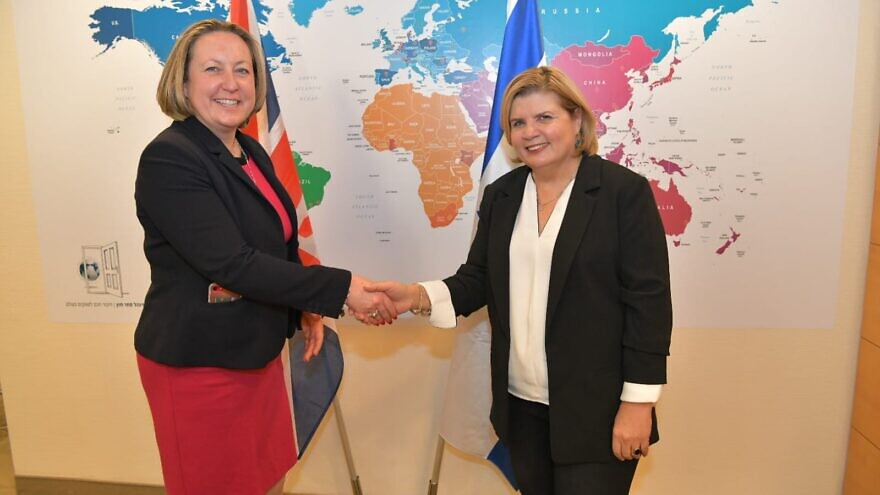 (July 20, 2022 / JNS) The United Kingdom and Israel launched free-trade talks on Wednesday, with their trading partnership currently worth 5 billion pounds ($6 billion) a year.

“The U.K. and Israel are both modern, high-tech services superpowers, but our current trading relationship is based on an agreement from 1995, before smartphones, the Internet and digitally delivered services transformed the global economy,” said British Trade Minister Anne-Marie Trevelyan, according to Reuters.

The current deal was based on an outdated accord with the European Union, and now that Britain has left, a new agreement can more easily be reached, she stated.

“Combining the power of our economies in a revamped deal will boost trade, support jobs and help take our economic relationship to the next level,” said the trade minister.

London projects that such a deal would increase U.K. service exports by as much as 78 million pounds (about $95 million) and help more than 6,000 businesses, according to the report.