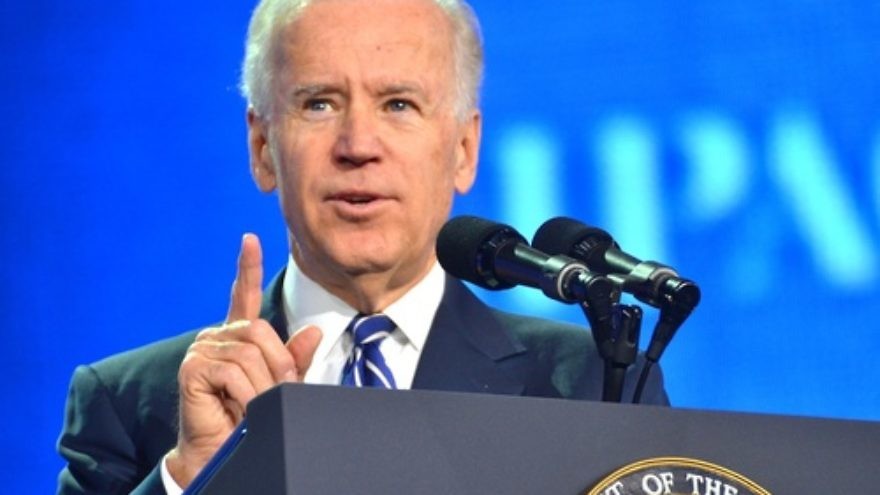 Coming off of what many observers characterized as an off year in terms of getting its agenda implemented in Washington, DC, the American Israel Public Affairs Committee (AIPAC) is welcoming upwards of 14,000 attendees at its March 2-4 annual policy conference, which will set the pro-Israel lobby’s 2014 initiatives.

Chief among the organization’s priority items will likely be America’s continued negotiations aimed at preventing a nuclear-armed Iran and the emerging contours of a possible peace deal between Israel and the Palestinian Authority being brokered by Secretary of State John Kerry. But in a midterm election year that could prove pivotal for the powerful, secretive and much-maligned lobbying organization, the policy wonks, politicians, students, and supporters who are descending on the Walter E. Washington Convention Center will surely keep in mind the fact that of the ambitious legislative and foreign policy agenda set at the 2013 AIPAC policy conference, the push for increased Iranian sanctions was ultimately stymied by the White House and a call for U.S. military intervention in Syria apparently failed to move Congress.

If last year’s conference focused primarily on legislation, one former AIPAC staffer observed, this year should be more about solidifying AIPAC’s position and reinvigorating the grassroots campaigning that made the organization into the most-visible pro-Israel group in Washington. But it will also serve as an essential venue for the administration—through the voice of invited speakers Kerry and Treasury Secretary Jack Lew—and Israeli Prime Minister Benjamin Netanyahu to pitch their respective positions, both having butted heads with each other and AIPAC lobbying last year.

In the presidential election year of 2012, the AIPAC policy conference set a record with 13,000 attendees. Both President Barack Obama and the GOP frontrunner that year, former Massachusetts Gov. Mitt Romney, addressed the body.

AIPAC’s lost battles in 2013 prompted reports of waning influence from media outlets such as The New York Times, which in early February termed AIPAC’s momentum as “blunted.” But in a phone interview with JNS.org, Morris Amitay, a former executive director of the group, brushed off the rumors of a descendant AIPAC. He said that while AIPAC had indeed publicly backed off from its campaign on behalf of the Menendez-Kirk “Nuclear Free Iran” bill in order to remain bipartisan, the appearance of waffling on Iran should instead be seen as a longtime commitment in building common ground on Capitol Hill.

“AIPAC always had very strong representation on major initiatives from both parties. They didn’t have enough Democrats because the White House put intense pressure on them not to sign on,” Amitay said of the push for increased Iran sanctions. “When I was at AIPAC, every Senate initiative we did started off with five democrats and five republicans—whether Republicans or Democrats were in the White House.”

“This president is a disaster with regard to his foreign policy,” continued Amitay. “The reality is, [the Iran issue] had to be a bipartisan effort, and through the administration’s blandishments, threats and promises, they kept a lot of Democrats off.”

If one was to consider a Feb. 21 op-ed co-written by AIPAC president Michael Kassen and chairman of the board Lee Rosenberg in the Times as a sign, AIPAC’s agenda will still be focused on the negotiations with Iran.

AIPAC and its supporters could focus on the loopholes in the current multilateral framework with Iran known as the Joint Plan of Action, which even the State Department concedes leaves room for Iran to continue a limited nuclear program—something unacceptable to Israel, AIPAC and many members of Congress. Without calling for a direct congressional vote, AIPAC could reaffirm the need for sanctions and a military option on the table as a credible threat in case negotiations fail.

“Some opponents of such a policy crudely characterize its proponents as warmongers, and fret that Tehran will walk away from the table. But the critics have it backward,” Kassen and Rosenberg wrote.

“The approach we outline offers the best chance to avoid military conflict with Iran. In fact, diplomacy that is not backed by the threat of clear consequences poses the greatest threat to negotiations—and increases prospects for war—because it tells the Iranians they have nothing to lose by embracing an uncompromising position,” they wrote.

The Obama administration will also have to set out its goals in a year where control of Congress is up for grabs, even if the White House’s positions are in opposition to AIPAC’s new lobbying agenda. The administration is expected to encourage AIPAC to back off its efforts in Congress for bills on Iran, while Kerry will likely lay out what he sees as progress in the Israeli-Palestinian negotiations.

Netanyahu should also have a more urgent appeal this year, as only months remain before an expected peace agreement. Netanyahu will try to prevail on AIPAC the extent of Palestinian unwillingness to make tough concessions, such as recognizing Israel as a “Jewish” state, acquiescing to security concerns along the Jordan Valley, and the Palestinian Authority’s insistence on a the “right of return” of refugees.

Like many in the Israeli government, Amitay shares a grim outlook on the peace process.

“They’ve been peace processing since the ‘67 war but you have one side—mainly the Palestinians—who cannot accept minimal security arrangements,” said Amitay. “And then who’s speaking for Gaza? What’s ridiculous is that they talk about Israeli and Palestinian peace while a big chunk of the Palestinians who live in Gaza say ‘no way.’”

Fred Zeidman—a Houston-based Jewish businessman, national Republican activist, and fundraiser—says that the precariousness of AIPAC’s position is nothing new.

“AIPAC has taken unpopular positions before,” he told JNS.org. “There’s been a good reason why they’ve done it, and I would never second guess them. In the long run, they’ve certainly survived them.”

“I think they have done the most remarkable job at keeping the American Jewish community attached to Israel and I think they ought to be highly commended,” Zeidman added. “The numbers [of attendees] they’re talking about this time certainly speaks to that.”