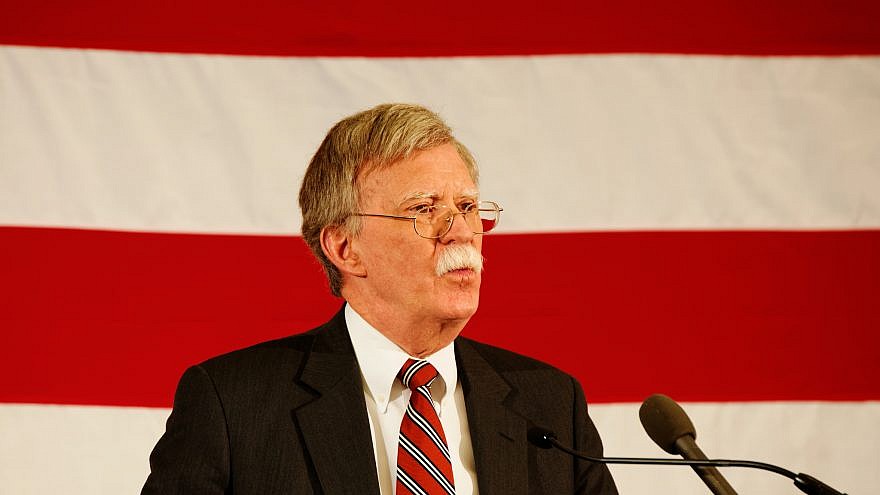 “Any attempts to intimidate Russian business are a continuation of the indecent acts by the current U.S. administration,” said Russian Foreign Ministry spokesperson Maria Zakharova on Friday, citing a series of letters that Mark Wallace, UANI chief executive and a former ambassador with the U.S. mission to the United Nations, as an example. “The Russian business must be guided by the rules of national laws, not by the statements and rules by the notorious organizations of political nature from abroad.”

“The fact that such letters are sent by the NGOs and signed by the people who call themselves ambassador only degrade the state of the American diplomacy,” she added. “They only show the inability of Washington to comply with its international obligations.”

Wallace sent letters to firms, requesting verification that they “will be terminating all Iran business” due to America’s reimposition of sanctions on Iran.

Bolton, who was an advisory board member for UANI, blasted Zakharova’s statement: “If President Putin is serious about stabilizing the Middle East, confronting terrorism & preventing a nuclear arms race in the region, he should stand with UANI & against Iran,” he tweeted.

Attempts by Russian gov. to intimidate Amb. Wallace & @UANI are unacceptable. If President Putin is serious about stabilizing the Middle East, confronting terrorism & preventing a nuclear arms race in the region, he should stand with UANI & against Iran. https://t.co/GyZSMhDcwq

Former Sen. Joe Lieberman (I-Conn.) said that UANI, where he serves as chairman, noted that Wallace’s letters demonstrate the group has been “effective at convincing the business community that investing in Iran is dangerous and unacceptably risky.”

“We are making the case every day that doing business with the regime in Tehran funds terrorism and regional adventurism that threatens the stability of our allies and the lives of individuals from across the globe, including Russians,” said Lieberman in a statement on Friday issued jointly with Frances Townsend, a UANI adviser who previously served as a homeland security adviser under U.S. President George W. Bush.

“A nuclear Iran is a global threat—not just an American one,” they continued. “And irresponsible and reckless businesses provide the resources needed by the regime to make this threat a reality. UANI will not be deterred by the usual Russian tactics of personal threats and intimidation.”