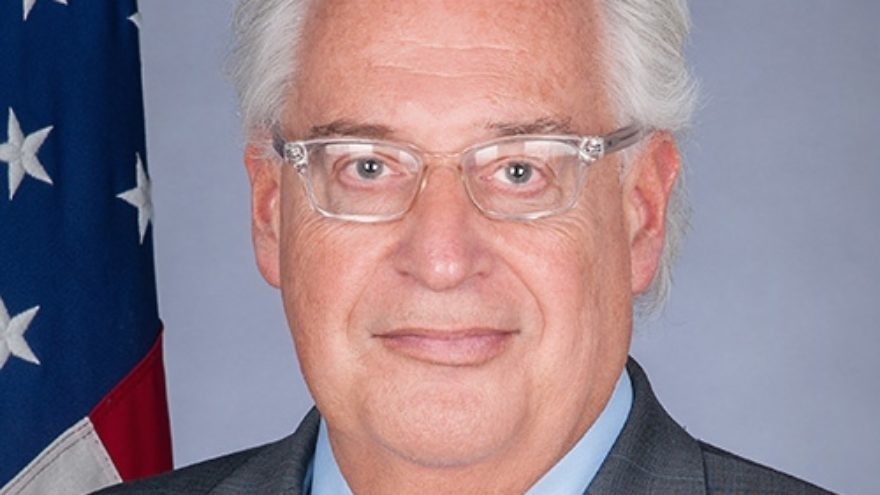 (January 11, 2018 / JNS) U.S. Ambassador to Israel David Friedman tweeted Wednesday that the reason why there is no peace between Israelis and Palestinians is the Palestinian Authority’s (PA) official support for terrorism.

Friedman’s statement came in response to Tuesday’s killing of 35-year-old Israeli father of six Raziel Shevah in a drive-by shooting terror attack near Nablus as well as the Palestinian reaction to the attack.

“An Israeli father of six was killed last night in cold blood by Palestinian terrorists. Hamas praises the killers and PA laws will provide them financial rewards,” Friedman tweeted. “Look no further to why there is no peace. Praying for the bereaved Shevach family.”

Israel’s Deputy Foreign Minister Tzipi Hotovely replied to the American envoy’s statement by tweeting, “Dear Ambassador Friedman, we deeply appreciate your solidarity with Israel. We value your partnership in the fight against terror and your understanding that the Palestinian Authority’s support of terrorists lies at the root of the problem.”

The PA’s payments to terrorists and their families currently total about $300 million annually. Payments to imprisoned terrorists increase in proportion to the length of their sentences.

Following Tuesday’s attack, Palestinian Media Watch reported that PA President Mahmoud Abbas’s Fatah party posted on Facebook, “The Nablus operation in numbers: The full duration of the operation: 30 seconds. The distance between the cars: 20 meters. The number of bullets that were fired: 22. The one who carried out the operation was skilled and experienced, and escaped the site. The result: a killed settler.”

Hamas said in a statement, “We bless the heroic Nablus operation which comes as a result of the Zionist occupation’s violations and crimes at the expense of our people in the West Bank and Jerusalem.”