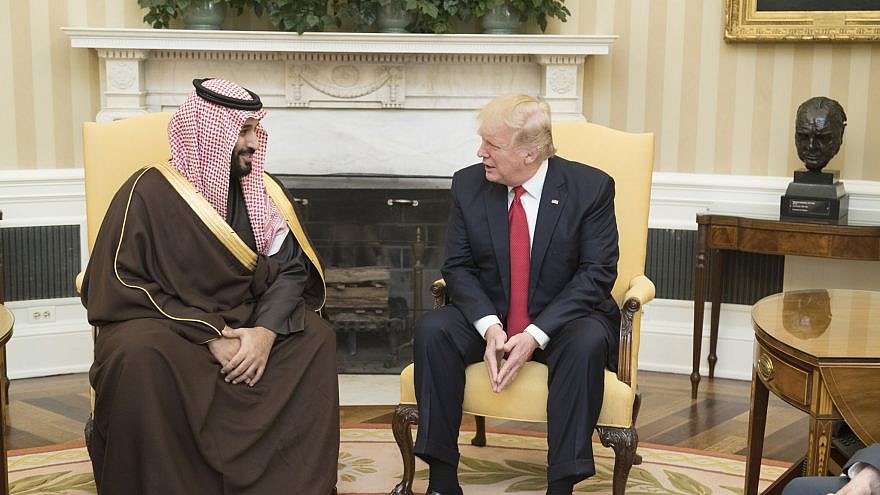 (December 30, 2020 / JNS) The U.S. State Department has approved the sale of 3,000 “smart” bombs to Saudi Arabia for $290 million, the Defense Security Cooperation Agency announced on Tuesday.

The Saudis had requested the GBU-39 Small Diameter Bomb Munitions, which “will improve Saudi Arabia’s capability to meet current and future threats by increasing its stocks of long-range, precision air-to-ground munitions,” the agency said in a statement.

The news comes a week after the U.S. State Department notified Congress it was moving ahead with issuing a license for Raytheon to directly sell to Saudi Arabia 7,500 Paveway air-to-ground precision-guided bombs at an estimated $478 million, according to The Hill.

Separately on Tuesday, the Defense Security Cooperation Agency announced that approval had been granted for the sale to Kuwait of eight AH-64E Apache helicopters, as well as the remanufacture of 16 of its AH-64D Apache Longbow attack helicopters to the AH-64E configuration. The estimated cost of the sale is $4 billion.

The U.S. agency also announced the approval of the sale to Egypt of Sniper Advanced Targeting Pods (ATPs) and related equipment for an estimated cost of $65.6 million.

The sale will “improve Egypt’s capability and effectiveness to meet current and future threats by providing additional precision targeting capability to conduct border security and counterterrorism operations,” according to the statement.