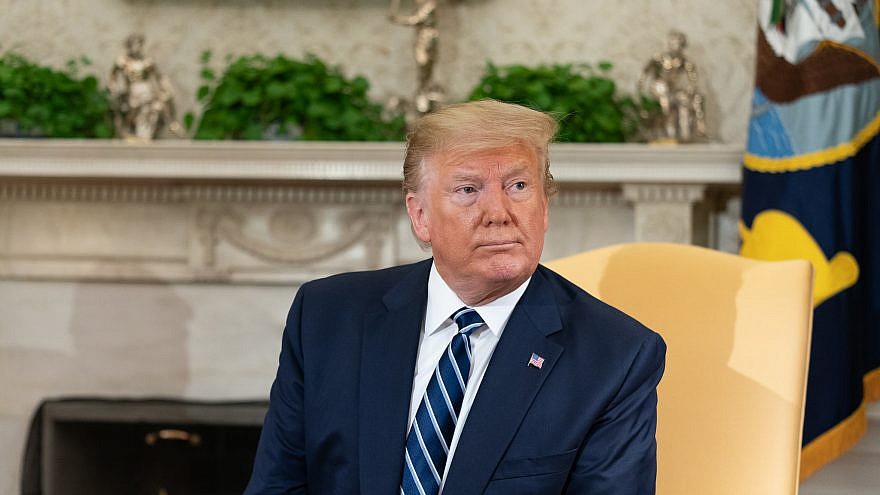 (December 4, 2019 / JNS) The Trump administration has been considering new sanctions on Iranian officials involved in human-rights abuses, partly based off intelligence from “some 36,000 pictures, videos and other tips sent in by Iranians caught up in the regime’s recent crackdown on mass protests,” reported Politico on Tuesday.

Washington has also sought to assist Iranians circumvent the Internet blackout in the Islamic Republic, along with speeding up its information campaign, including a speech by U.S. Secretary of State Mike Pompeo, according to the report, citing “people familiar with the plans.”

“The United States of America supports the brave people of Iran who are protesting for their FREEDOM. We have under the Trump Administration, and always will!” tweeted U.S. president Donald Trump on Tuesday.

Since withdrawing from the 2015 Iran nuclear deal, the United States has enacted a “maximum pressure” campaign against Tehran, reimposing sanctions lifted under the agreement, along with enacting new financial penalties.

The United States of America supports the brave people of Iran who are protesting for their FREEDOM. We have under the Trump Administration, and always will!

Additionally, the administration is considering deploying as many as 14,000 additional troops, along with dozens more ships and other military capabilities, to the Middle East amid the Iranian threat.

The Wall Street Journal first reported the development on Wednesday afternoon, citing U.S. officials, who said U.S. President Donald Trump is expected to make a decision as soon as this month despite the president’s desire to get the United States out of what he and his allies have called “endless wars.”

The United States has between 60,000 and 70,000 U.S. troops are in the Middle East, according to U.S. Central Command, which oversees U.S. military operations in the region.

There has been recent alarm from U.S. defense and administration officials of Iranian weapons and forces being moved to potentially attack U.S. forces, reported CNN.