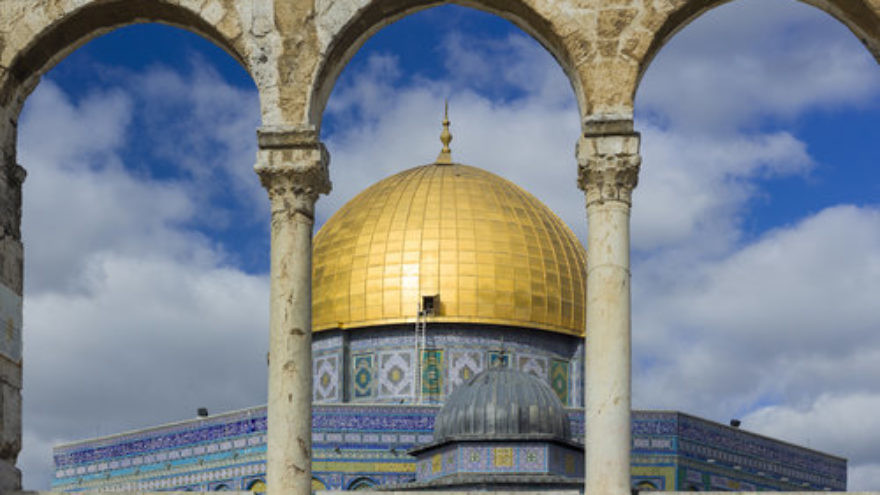 Before Israel decided Monday to remove recently installed metal detectors that were meant to intercept terrorists on Jerusalem’s Temple Mount, there was a broad consensus among American Jewish leaders in support of the security measure.

The Conference of Presidents of Major American Jewish Organizations “supports taking the necessary and appropriate steps to assure security for all and to protect the sanctity of these holy sites,” the umbrella group’s executive vice chairman and CEO, Malcolm Hoenlein, told JNS.org before the metal detectors were removed.

Herbert Block, executive director of the American Zionist Movement, said, “If the authorities responsible for security feel certain measures are necessary to meet their responsibility to protect those who visit for prayer or as respectful visitors, it is no different than security considerations at the Vatican, at the [U.S.] Capitol or any other significant location where public access is permitted under applicable law.”

“In a world where security measures are being enhanced in major gathering places, it’s only surprising that the Temple Mount didn’t have such measures until now,” American Jewish Committee CEO David Harris told JNS.org. “The terror attack last week, in which two Israelis were killed, is a tragic reminder of why metal detectors are needed for the safety of all visitors and personnel.”

“It is not the presence of metal detectors that leads to violence, rather the unrelenting incitement to violence on the part of the Palestinian Authority that does not cease,” said Betty Ehrenberg, the WJC’s executive director for North America. “In the interest of protecting the safety and security of all visitors to the Temple Mount and in keeping the peace at the holy site, the metal detectors need to remain in place, as they are at the Western Wall and in many sensitive and holy places around the world, including Mecca and the Vatican.”

B’nai B’rith International said in a statement provided to JNS.org that the Israeli government “cannot look the other way in the face of acts of violence, especially in light of the killings of its police officers. Metal detectors are one way, used globally, to keep the public safe. There may be other methods, as well, but doing nothing is not an option.”

The United Synagogue of Conservative Judaism did not take a position on the issue, but several prominent Conservative rabbis spoke out in favor of the metal detectors.

Writing from Israel, Rabbi Neil Cooper of Temple Beth Hillel-Beth El, near Philadelphia, pointed out that not only do many Israeli malls and restaurants have metal detectors, but in addition, “When one enters the Western Wall Plaza, one is required to pass through metal detectors. It is expected, anticipated and reasonable.” Cooper said he was surprised to learn that metal detectors have not been used on the Temple Mount until now.

“It should be welcomed by everyone who abhors violence and will impede those desiring to harm others,” he said.

Among dovish groups, Dr. Michael Koplow, policy director of the Israel Policy Forum (IPF), told JNS.org, “IPF’s position is that metal detectors at the entrances to the Temple Mount are a commonsense and relatively unobtrusive way to protect the safety of both Jews and Muslims on the Temple Mount and its environs, and that erecting them does not alter the site’s status quo.”

Americans for Peace Now agreed that “security measures are obviously necessary at this spot,” although the organization added that it “reserves judgment on the specifics of the security tools utilized in Jerusalem’s Holy Basin.”