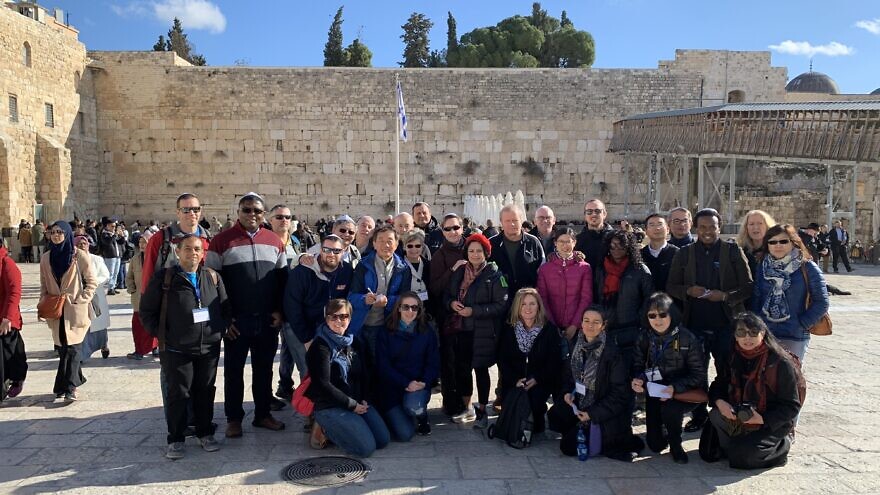 (January 17, 2020 / JNS) In a move to foster academic exchange between Israeli and American universities, 28 professors from universities and colleges across the United States recently traveled to Israel for Jewish National Fund‒USA’s (JNF) Faculty Fellowship Program.

To date, the program has brought 300 full-time U.S.-based academics for the fully paid intensive program to Israel, seeking to link the scholars with Israeli professors from their respective disciplines with the goal of developing collaborations, research projects, co-authoring articles and establishing exchange programs between faculty and students.

Participants of diverse disciplines met Israelis from all walks of life and heard from a variety of speakers, where they were exposed to contemporary Israeli society, culture, historical sites, the people and the way of life in Israel. The academics met with professionals and experts involved in government, industry, education, media and other sectors to understand the many facets of Israel’s evolving national and international policies.

As JNF is the leading philanthropic organization for Israel that supports critical environmental and nation-building activities in the north and south, participants saw new communities in the Galilee and Negev, as well as projects of the “startup nation” that include successes in water innovation, and how the country addresses regional and global challenges.

“We showed them the authentic Israel and future in its periphery—diverse aspects of Israeli society so they could be exposed to Israel’s complexities and realize that Israel is not a headline,” said JNF chairperson Vivian Grossman. “We wanted to show them that Israel is a young country going through its adolescent time—still growing, moving, making mistakes and figuring it out,” she explained to JNS. 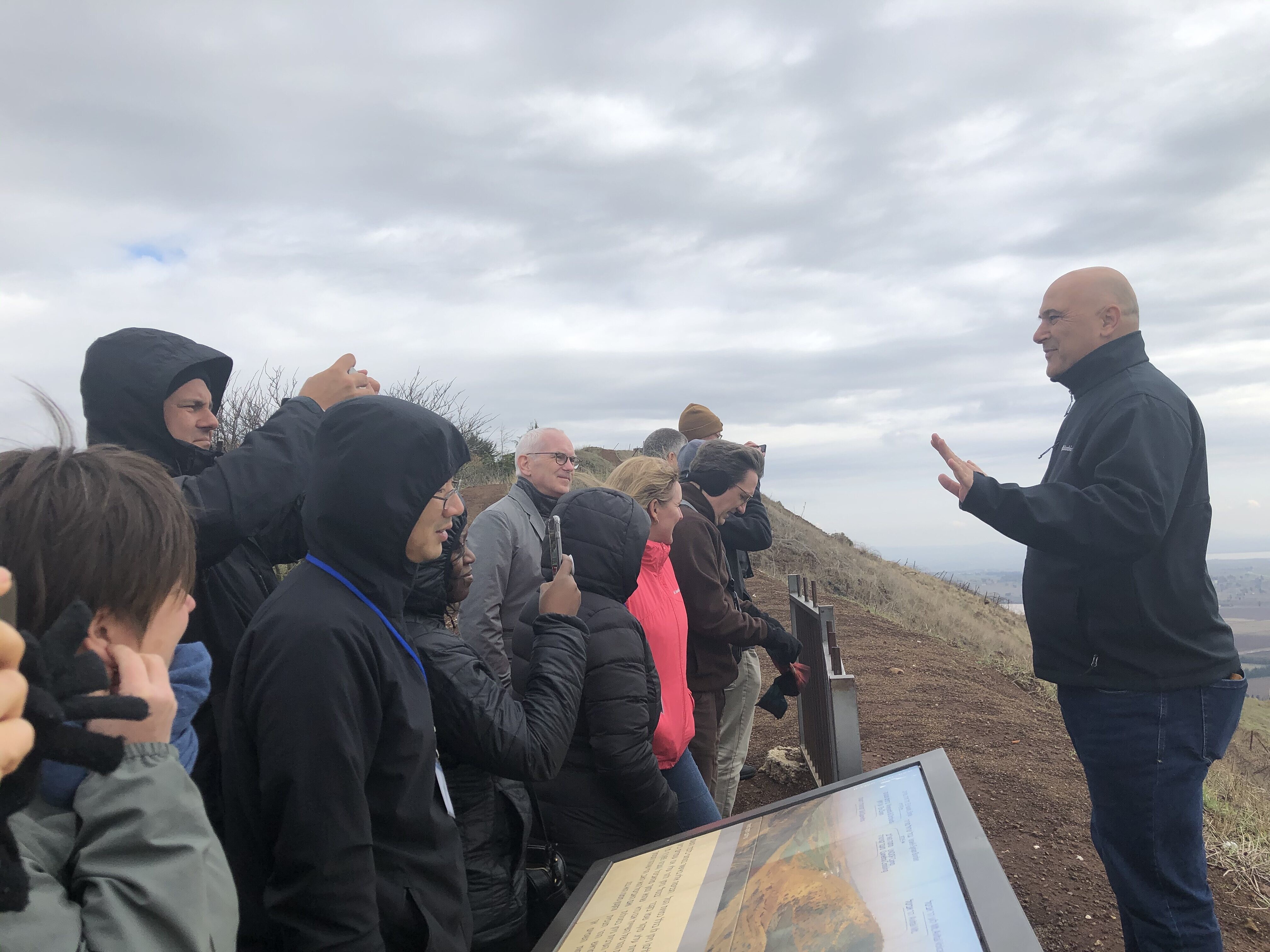 In addition to the program’s central goal of fostering academic collaborations, Grossman voiced her hope that the participants “go back and share their personal stories, inspire people, speak to groups and share their experiences.”

The trip took place from Dec. 26 to Jan. 8, while college educators are typically on winter break.

While the BDS movement poses a challenge to Jewish and pro-Israel students alike at various academic institutions in North America, with faculty members in some cases leading the anti-Israel cause, the Faculty Fellowship Program acts as an antidote to such efforts.

Michael Dutch, professor of business management at Guilford College in North Carolina, was most struck by Israel’s “innovation, resilience, friendliness of the people and the sheer history of the nation.”

“The world hasn’t given Israel any favors; they haven’t treated the Jewish population well, but Israel is a thriving country nevertheless. I don’t know how you could come to Israel and not be impressed,” he told JNS.

After visiting minority populations in Israel, Dutch reported that they “pointed out how things could be improved in Israel, but they are proud Israelis nevertheless, which was eye-opening to us.”

He continued, saying “we met Druze people who served in the military, volunteering to be drafted. We visited Arab communities where they work with Israeli women for female empowerment—something we could do better at in the U.S.” 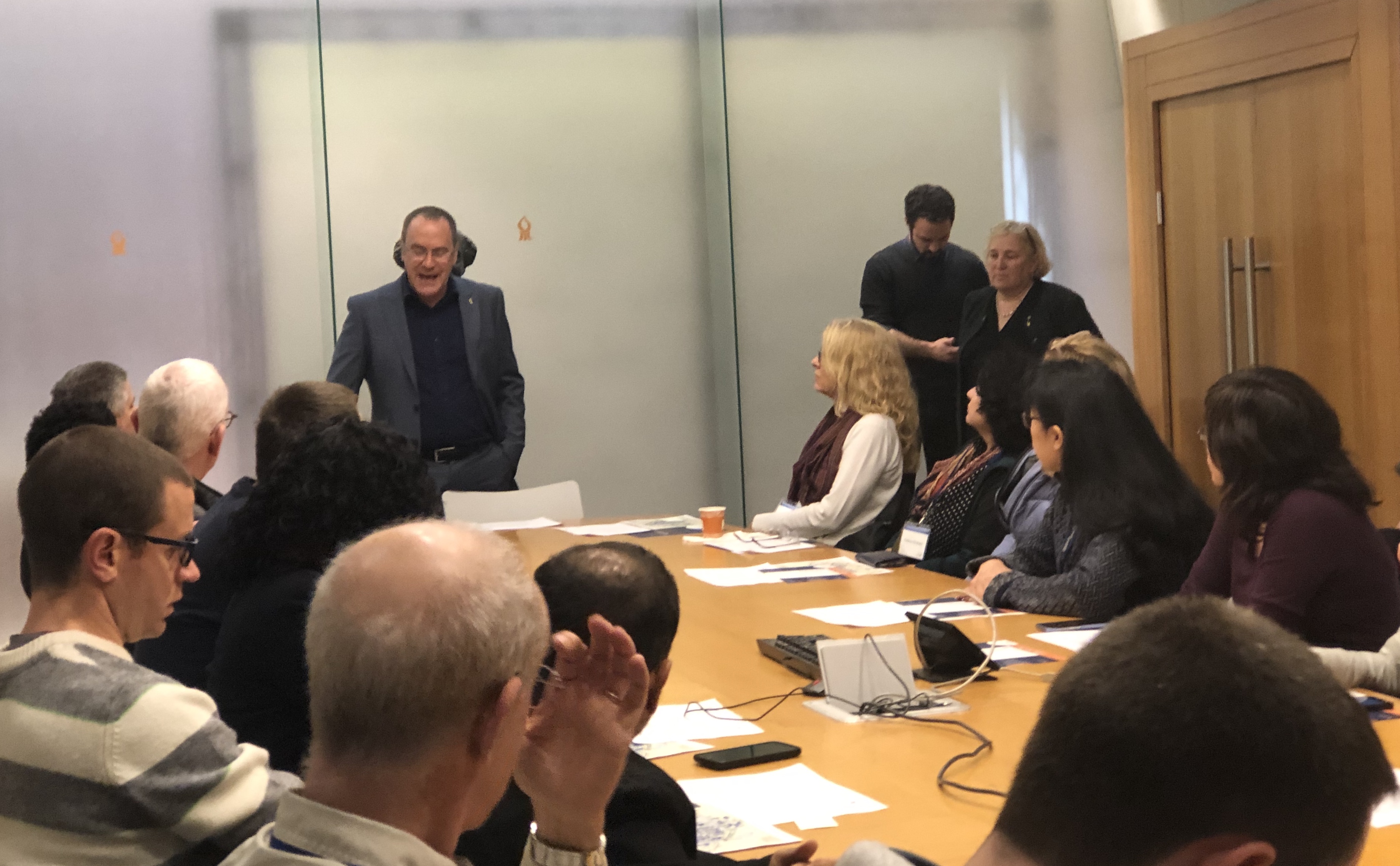 Faculty Fellowship participants meeting with Professor Daniel A. Chamovitz, president of Ben-Gurion University of the Negev. Photo by Vivian Grossman.

Dutch voiced his hope that he will return to Israel next year on a teaching assignment and bring students back to some of the research facilities he saw. “There are wonderful opportunities to interact academically; you need to come here and see it,” he said.

Beth Choate, professor of environmental science from Allegheny College in Pennsylvania, left the trip feeling “inspired on a professional level” by the “Israeli grit, industriousness and spirit of pride in Israel, which is rooted in a respect for the people who came before them.”

“This is something that was lost in the U.S.,” she told JNS. “Israelis views failure as a step forward, while in the U.S., failure is a bad thing.”

Professor Ugochukwu Anieto, who teaches biological sciences at Texas A&M University, came away “impressed by the determination and hard-working people of Israel trying to change the world. Israelis can squeeze water from stone; they have made the desert bloom,” he told JNS.

He also said, “I intend to come to Israel as much as I can; I want to make it every year.”

In his work back on campus, added Anieto, “I’ve appointed myself a representative for the State of Israel, and my goal is to encourage students to seek research options in Israel.”