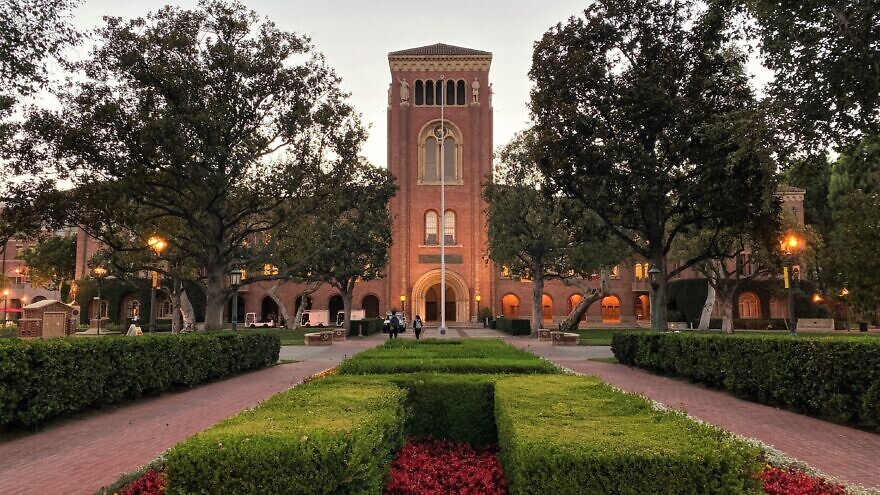 (August 9, 2021 / JNS) More than 50 faculty members at the University of Southern California (USC) have joined together to condemn an anti-Israel statement put forth by the university’s Department of Gender and Sexuality Studies.

The professors wrote a joint letter to university leadership on Aug. 8 condemning the department’s online statement as misleading and inflammatory.

“We call on USC leadership to publicly rebuke the practice of USC departments (or units) making statements for specific political agendas that have nothing to do with the university’s educational and research missions,” the letter stated. “The statement … contains extreme, indeed fabricated, claims that criminalize the very creation of the State of Israel and, by implication, indict all its citizens and supporters, including us. Not doing so would make USC complicit in comments within the statement that describe the State of Israel as ‘settler colonialism,’ ‘ethnonationalist violence,’ ‘ongoing ethnic cleansing,’ and ‘apartheid.’ ”

The letter said “the statement contains numerous distortions of vital factual information concerning the historical and contemporary reality in Israel/Palestine. Although, as a group, we hold wide and diverse perspectives on the Israeli-Palestinian conflict and related issues, we all believe that the errors and polemic tone of this statement are cruelly alienating to many students, staff and faculty who are members of the USC community.”

The department, the letter argued, takes a one-sided position on a complex issue that undermines the role of an educational institution in promoting open inquiry and thoughtful debate in an environment that promotes mutual respect, diversity and inclusion. Instead, the politically biased statement creates an unwelcoming and toxic atmosphere.

They also said it could prevent Jewish students and others who support Israel from attending the university.

The letter requested that USC leadership take steps to officially state the university’s position on the statement to assure the community that it is not endorsed by USC, require the Department of Gender and Sexuality Studies to rescind its support of the statement, take immediate, concrete steps to prevent identity-based discrimination and harassment at the university before students arrive on campus and clarify its policies on political endorsements and pronouncements by departments.