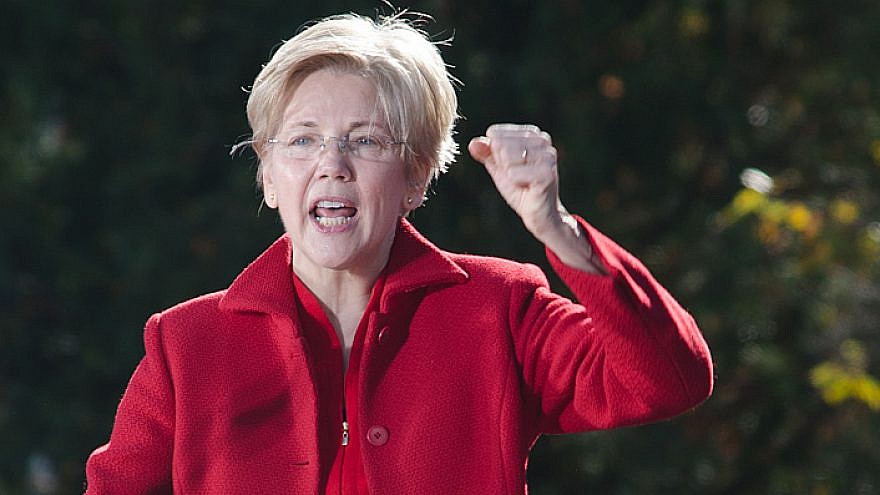 (October 22, 2019 / Jewish Journal) Democratic presidential candidate Sen. Elizabeth Warren (D-Mass.) said on Oct. 19 that all options will be considered to prevent Israel from ramping up settlement building in the West Bank, including cutting aid to the Jewish state, according to a report in The Hill.

A reporter asked Warren during a campaign event if she would “make aid to Israel conditional on freezing settlements.” Warren replied, “Right now, Netanyahu says he is going to take Israel in a direction of increasing settlements; that does not move us toward a two-state solution. It is the official policy of the United States of America to support a two-state solution, and if Israel is moving in the opposite direction, then everything is on the table.”

In July, Warren told an IfNotNow activist “I’m there” when they urged her to “push the Israeli government to end the occupation.” Jewish groups like the Progressive Zionists of California (PZC) have expressed concern over the Warren campaign’s hiring IfNotNow Co-Founder Max Berger in June, citing his agreement with the BDS movement.

“If your staff includes someone who openly wishes Israel to disappear, you will lose the trust of many of your supporters and your pro-Israel bona fides will disappear,” PZC founding members Susan George and Paul Kujawsky wrote in a July 15 letter to the Warren campaign.

Democratic Majority for Israel CEO Mark Mellman told Jewish Telegraphic Agency that Warren’s campaign manager, Roger Lau, told him that Berger is not involved in “Israel policy or Jewish outreach.” When JTA asked Mellman what he thought of Lau’s explanation, he replied, “Who candidates choose to put in positions of influence in their campaigns says a lot.”