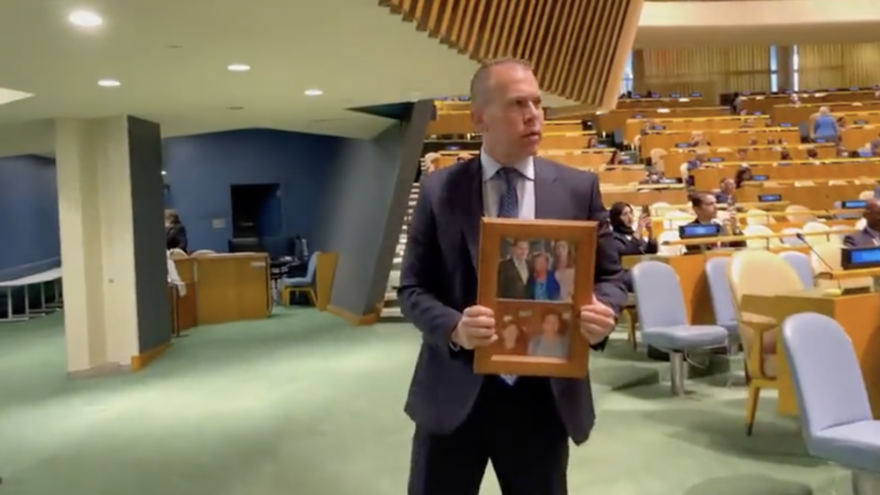 “A murderer like #Raisi who denies the Holocaust, (amongst many human rights violations) has no place on the world stage,” tweeted Erdan. “He asked for proof.. here are my Auschwitz surviving grandmothers.”

A murderer like #Raisi who denies the Holocaust, (amongst many human rights violations) has 0 place on the world stage. He asked for proof.. here are my Auschwitz surviving grandmothers. To the ambassadors in the GA: leave his speech. A dictator deserves no voice. pic.twitter.com/a1MV5PbqC6

In an interview aired on Sunday, Raisi called Israel a “false regime” and suggested that there were only “some signs” the Holocaust had occurred and that research into the validity of them should go forward.

Raisi told the U.N. General Assembly that Iran wants to reach a deal over its nuclear program, but it cannot trust the United States. “Our wish is only one thing: observance of commitments,” said Raisi.

Turning to Israel, Raisi said that “the occupier Zionist regime” is the most significant state sponsor of terrorism. Its agenda is to slaughter women and children in Gaza and the West Bank.