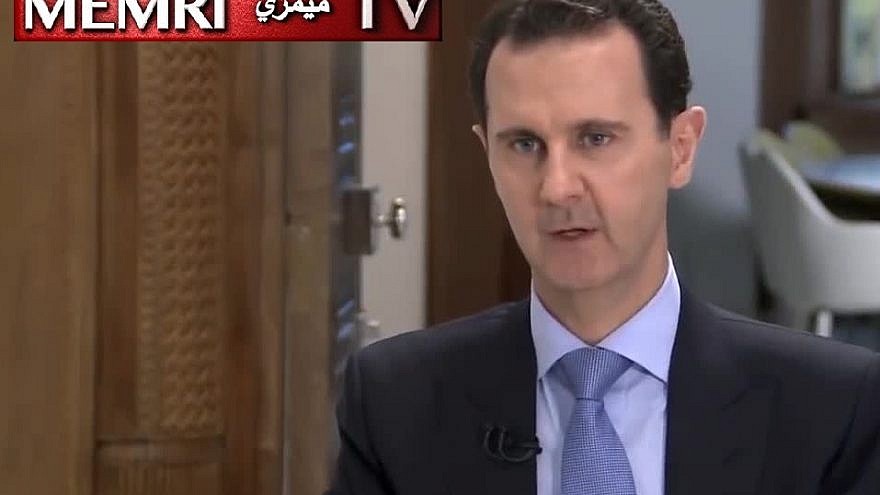 (December 31, 2018 / Israel Hayom) Israel has targeted dozens of Iranian and Hezbollah ‎assets in Syria during the seven-year civil war ‎there but has intentionally refrained from any ‎action that could seriously undermine Syrian President Bashar ‎Assad’s regime, including targeting him directly, ‎Saudi media reported on Sunday.‎

The Saudi daily Elaph quoted an unnamed senior ‎Israeli official as saying that the government had ‎rejected recommendations by Military Intelligence to ‎topple the Syrian regime, potentially by ‎assassinating Assad, because it preferred dealing with a known ‎adversary—someone it could use back channels to communicate with, if need be.‎

The report further said that then-Director of ‎Military Intelligence Maj. Gen. Aviv Kochavi, who is ‎slated to assume the position of Israel Defense Forces’ chief of staff ‎in mid-January, was in favor of toppling Assad’s ‎regime over its support of Lebanon’s Hezbollah, an Iranian-backed Shiite terrorist group.

According to the report, the “prolonged conflict in ‎Syria saw Israel often hold negotiations with the ‎regime in Damascus in order to reach an agreement in ‎Syria.”

The Israeli official was also quoted as confirming ‎that the Diplomatic-Security Cabinet “held extensive ‎discussions on the situation in Syria and decided ‎that Israel would not allow an Iranian military ‎presence there. Since then, Israel has invested ‎considerable efforts in preventing Iran and ‎Hezbollah from establishing themselves in Syria, ‎while making sure it [Israel] inflicts minimal ‎damage to the Damascus regime.”

The senior Israeli official refused to comment on ‎the decision by some Arab states, such as Bahrain ‎and the United Arab Emirates, to reopen their ‎embassies in Damascus, saying only that the ‎rapprochement between Arab states and Syria was ‎‎“less dangerous for Israel because these Arab states ‎also want to see Iran out of Syria.”‎

According to the report, the Israeli official said he ‎believes that “Assad’s regime as we know it will ‎come to an end,” adding that Israel and Russia both ‎see Iranian presence in the war-torn country as ‎‎“highly problematic.”

Moscow seeks to be the only dominant force in the region, ‎the Israeli source was quoted as saying.‎