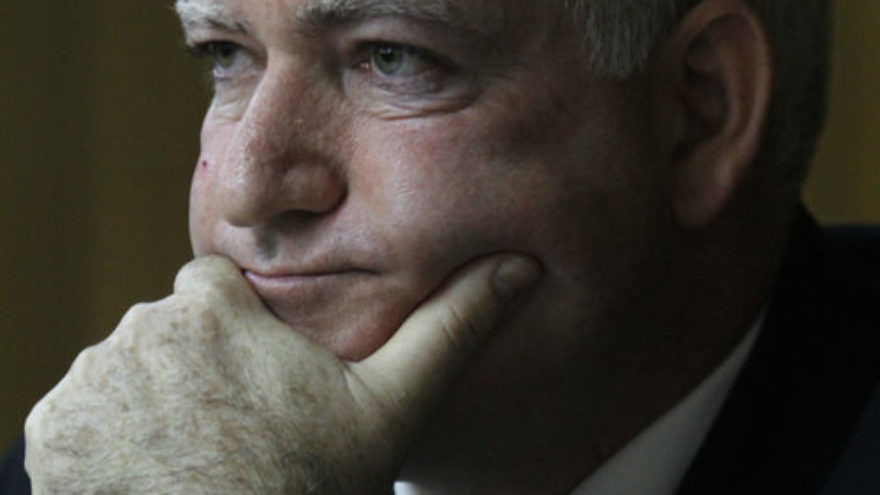 (February 23, 2017 / JNS) In 1996, when Boaz Ganor founded Israel’s International Institute for Counter-Terrorism (ICT), top security figures around the world gave short shrift to the academic study of terrorism. That is, of course, until the attacks of Sept. 11, 2001. Only then did the world take note of the great importance of bridging the gap between academics and practitioners.

The study of counter-terrorism is now considered crucial in the fight against global terror. But the “art” of counter-terrorism, as Ganor calls it, is anything but intuitive for heads of state. The Israeli academic and his team believe that world leaders often self-sabotage with counter-productive policies and doctrines. The following factors are what Israeli counter-terrorism experts like Ganor deem some of the most important current challenges in their field.

Israel’s counter-terrorism experts warn of the prison-to-terrorism pipeline in Europe in which young, second-generation Muslim immigrants are radicalized within Western prison systems, then are released from prison and go on to perpetrate many of the deadly terrorist attacks on that continent. In addition to advocating for heightening awareness of radicalization in jails and the need to block leaders of terrorist organizations from communicating within the same jail, Israeli counter-terrorism practitioners argue for a better jail system that works long-term, even after terrorists are released.

The experts warn that some aspects of Western culture are contributing to the sociological processes within Muslim immigrant communities that lead to radicalization and terrorist recruitment. Ganor cites video games such as “Grand Theft Auto,” in which the player acts as the villain, as contributing to the mindset of raping, killing and torturing innocents. He also notes the impact of television series such as “Game of Thrones” that portray beheadings, torture and Islamic State-like behavior that resonates with Muslim immigrant youngsters. Islamic State utilizes these images from Western pop culture in their advertisements targeted at young recruits.

“The writing is on the wall,” says Ganor, quite literally, referring to the Facebook walls of lone wolves who hint at their intentions before carrying out terror attacks. Organizational propaganda capitalizes on the stories of lone wolf attacks to further inspire and incite terror. As the individual terrorist plans the propaganda-inspired attack, he or she often justifies the attack on the internet, fertilizing future incitement and propaganda. Counter-terrorism experts call for carefully monitoring this social media-driven cycle, and investing more in open-source intelligence and building big-data capabilities to prevent lone wolf attacks.

Counter-terrorism practitioners find themselves striking many balances to master the “art” of terrorism, such as the balances between countering terrorist groups’ motivations and operational capabilities, between liberal democratic values and effective counter-terrorism, and between public awareness and resilience. While many in the counter-terrorism world automatically jump to decrease operational capability by destroying infrastructure, this often motivates terrorists to retaliate. It may not make sense to negotiate with a terrorist group vying for a country’s destruction, but Ganor maintains that there are activities that may deter motivation for terrorism, such as in the economic arena.

To negotiate between the dissonance of liberal democratic values and effective counter-terrorism, leaders must find the happy medium between showing no constraints when protecting their people versus maintaining their liberal values, experts say. Dr. Ely Karmon, a senior research scholar at the ICT, says that although some liberal democracies are hesitant to describe groups as “terrorist” organizations, the first method of truly understanding and countering terror is to apply the designation.

Liberal democracies, according to experts, must also be ready to put boots on the ground to achieve a decisive victory over terrorist groups. When President Barack Obama declared war on Islamic State in 2014, but refused to put any boots on the ground, Ganor says the former president essentially declared, “We declare a war that we will not win.”

While Ganor views the Obama approach as too far to the left, his ICT colleague, Prof. Assaf Moghadam, considers President Donald Trump’s “travel ban” as too extreme of a security measure.

“Islam (the religion) is not the threat—jihadism (the ideology) is the threat. The travel ban played into the hands of terrorist organizations that have been arguing all along that the U.S. is waging a war against Islam,” Moghadam says.

The final balance to be struck is between public awareness and resilience. Public awareness requires education from an early age about suspicious signs of terrorism, such as bags being left unattended or a person wearing a heavy coat on a summer day. On the other hand, if the public becomes obsessively anxious and fearful, morale is destroyed. Terrorism wins when day-to-day activity is paralyzed by fear. That said, what is Ganor’s simple solution to fighting terrorism? Go out and play basketball. By simultaneously being vigilant and getting on with life, he says, anyone can strike a blow to terrorism, one hoop at a time.