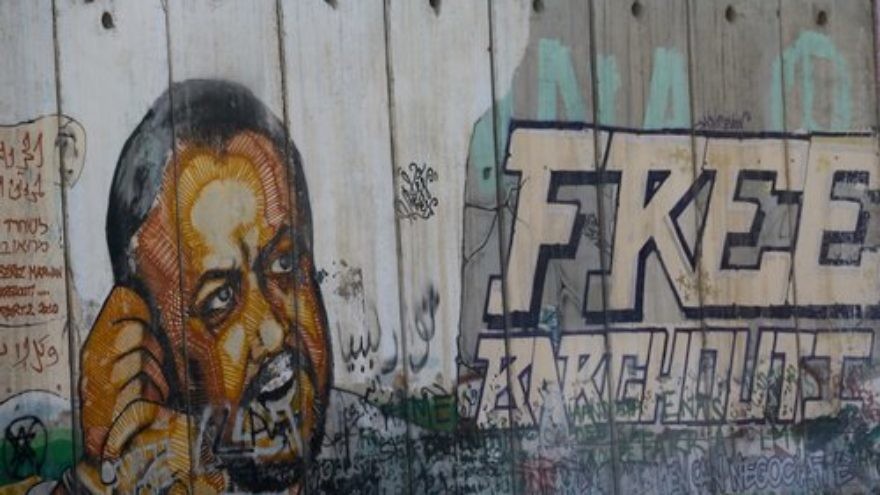 Guess what the hunger-striking Palestinian terrorists are demanding?

Satellite television, air conditioners and admission to an Israeli university. I’m not kidding.

According to the Palestinian Authority news agency Wafa, satellite TV, air conditioning and admission to Israel’s Open University are on the list of 10 demands that the current hunger-strikers have presented to Israeli authorities.

The people whom these prisoners murdered are not enjoying such perks. My daughter Alisa was a Brandeis University student when she and eight other bus passengers were murdered by some of these hunger-striking prisoners. Alisa can’t study at her university. Her killers don’t deserve that privilege, either.

The only “danger” from hunger-strikers is that the international news media will write sympathetic articles about them. And, of course, that is already happening. News articles in The Washington Post this week characterized the terrorists as “political prisoners.” Meaning, in other words, that either the terrorists were imprisoned because of their political beliefs, which is an outrageous falsehood, or that the murder of Jews is merely a “political” crime, an equally outrageous statement.

Over at The New York Times, the editors loaned out their op-ed page to the leader of the imprisoned terrorists, Marwan Barghouti. The ID tag that the Times gave him somehow forgot to mention he is behind bars for murdering five people, including a Greek Orthodox priest. A Times editor later conceded that they should have mentioned Barghouti’s convictions. But such “corrections” are noticed only by a small fraction of those who read the original article.

Biased media coverage is annoying. But it’s not exactly an existential threat to the state of Israel.

Surrendering to the demands of imprisoned terrorists, however, would be a genuine threat to Israel’s security, because it would embolden and encourage the terrorists.

Israeli law permits prison doctors to force-feed hunger-striking prisoners. I don’t see any logic in that. If these terrorists want to be hungry, let them be hungry. Their empty stomachs aren’t hurting anybody.

In fact, I’ll go a step further. I think there’s a way to turn this situation into something positive. Each day that the terrorists refuse food and drink, it saves the Israeli prison system a considerable sum of money. The longer the hunger strike goes on, the more money that is saved.

What should be done with that money? There are many victims of Palestinian terrorism who suffered injuries from which they will never fully recover. The Israeli health system covers their medical treatment, but there are many additional expenses that are not covered, hardships that the victims endure every day that are the consequence of their injuries, even if they are not technically medical issues. I say: take the money saved by not buying food for the terrorists, and give it to the families of the people they wounded and maimed.

It would be only a small fraction of the financial assistance the victims need and deserve. It won’t alleviate all their suffering—nothing ever will—but it surely would be a step in the right direction.