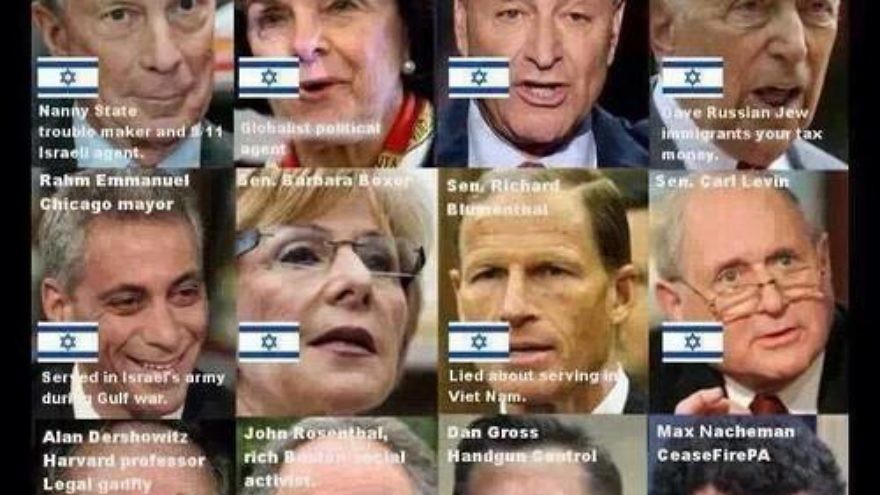 The Southern Poverty Law Center (SPLC) recently issued its annual report on hate in America. Mark Potok, the editor of the report, noted that there is “enormous rage in the electorate, the growth of hate groups, and also hate speech in mainstream politics to an extent that we have not seen in decades.”

The SPLC reported a 14-percent increase in the actual number of hate organizations; the increase in such types of groups grew from 784 in 2014 to 892 in 2015. Hate groups are classified as organizations whose speech “maligns or demeans” an entire group of people.

According to the report, “hate speech” included Republican presidential candidate Donald Trump’s statements on how illegal immigrants, particularly Mexicans, are more likely to be rapists; Trump’s proposal to ban Muslim immigration to America; his tweets that echo racist propaganda; and his retweeting of white supremacists’ posts. The SPLC said that all of these statements caused Trump to receive “glowing endorsements from white nationalist leaders.”

As a result of immigration and globalization, a major demographic transition is taking place within this country. According to the U.S. Census Bureau, by 2043, no one ethnic or racial group will comprise the majority. This factor is in part creating a significant backlash among certain groups of white Americans, who are fearful of a fundamentally different type of American society.

In the current landscape of the 2016 presidential campaign, one finds angry working-class voters who feel uncertain about the future of America being attracted to candidates who seek to place the blame for this nation’s problems on foreigners and various governments across the globe. Their anti-immigrant messages and obvious distaste for Muslims have fueled the airwaves and served as a centerpiece for their political campaigns. The populist rhetoric calling for the removal of particular groups of people and returning America to its greatness can be found on various websites and through social media messaging.

Implications for the presidential campaign

All this begs the question: Are we experiencing one of the most hate-based presidential campaigns in history? Several factors contribute to the deteriorating quality of the political discourse, including the instability within the economy and the loss of the civility that once defined American politics.

Elections can generate a form of hate politics and, more directly, anti-Semitism. In the current campaign, for example, certain candidates are described as the puppets of the Jews, while other candidates are seen as too close to Israel. During election cycles, various types of conspiratorial ideas and distorted images are accentuated. Jews are often depicted by an array of labels and negative images, including “communists,” “disloyal,” or “parasites.” This rhetoric of hate is frequently generated by traditional anti-Semites seeking to promote their own political agenda or by a class of discontented and angry voters who seek to place blame on a particular group.

Examples of hate in the 2016 campaign

Prominent Jewish journalist Jeffrey Goldberg confirms this scenario when writing about the 2016 campaign on Twitter, noting that “if you have a Jewish name and say something about Trump, expect to be hit by a wave of anti-Semitic invective.”

Ted Nugent, a National Rifle Association board member and supporter of Trump’s candidacy, launched an attack on Jews and gun control by posting photos of 12 prominent Jewish Americans overlaid with Israeli flags and anti-Semitic labels.

“Know these punks. They hate freedom, they hate good over evil, they would deny us the basic human right to self defense & to KEEP & BEAR ARMS while many of them have tax paid hired ARMED security!…Tell every 1 you know how evil they are. Let us raise maximum hell to shut them down!” Nugent posted on Facebook.

Since posting that message, Nugent apologized for his comments.

Another recent example involved the campaign of Sen. Marco Rubio (R-Fla.). Tablet magazine reported that a heckler, jumping of of his seat, shouted during a Rubio rally, “Marco Rubio is owned by Jews! Jews and freemasons!”

Pastor Mike Bickle, a supporter of candidate Sen. Ted Cruz (R-Texas), was quoted as saying in a 2011 sermon that God would allow Jews to convert to Christianity and “raise up the hunters” against those who don’t. In 2005, Bickle was quoted as saying that prior to the return of Jesus, “a significant number of Jews will be in work camps, prison camps, or death camps.”

The Cruz campaign has not disavowed Bickle’s endorsement. According to Jewish Insider, Cruz adviser Nick Muzin said in a statement that the Cruz campaign “welcomes support from faith leaders across the country. Mike Bickle is one of the hundreds who have endorsed us.”

“The real concern is the way insidious tropes about the dual loyalty of American Jews are working their way into mainstream conversation as a result of the invective being hurled against the Jewish state and its friends,” Jonathan Tobin wrote for Commentarymagazine.

Reporting on how social media users frame Sanders’s campaign, Harold Brackman wrote for the Jewish Journal of Greater Los Angeles, “They prefer to describe Sanders as ‘an atheist’ rather than a Jew, love him for his critical comments on Israel, and even reinterpret his ideology as opposition to ‘Jewish billionaires preying on the white working class.’”

On a parallel track with the rise in inflammatory election rhetoric, the general tenor of anti-Semitism is escalating in America. A total of 912 anti-Semitic incidents across the U.S. were reported during 2014, according to the Anti-Defamation League (ADL). The results, ADL said, show a 21-percent increase from the 751 incidents reported during the same period in 2013 and mark the first time in nearly a decade that the the overall numbers of such incidents have substantially risen.

As the 2016 campaign continues to unfold, we are likely to see more examples of anti-Semitism as well as the embrace of racist ideas, making this one of the most hate-based election cycles in American history.

Dr. Steven Windmueller is the Rabbi Alfred Gottschalk Emeritus Professor of Jewish Communal Service at the Jack H. Skirball Campus of Hebrew Union College-Jewish Institute of Religion, Los Angeles. His writings can be found on www.theWindreport.com.