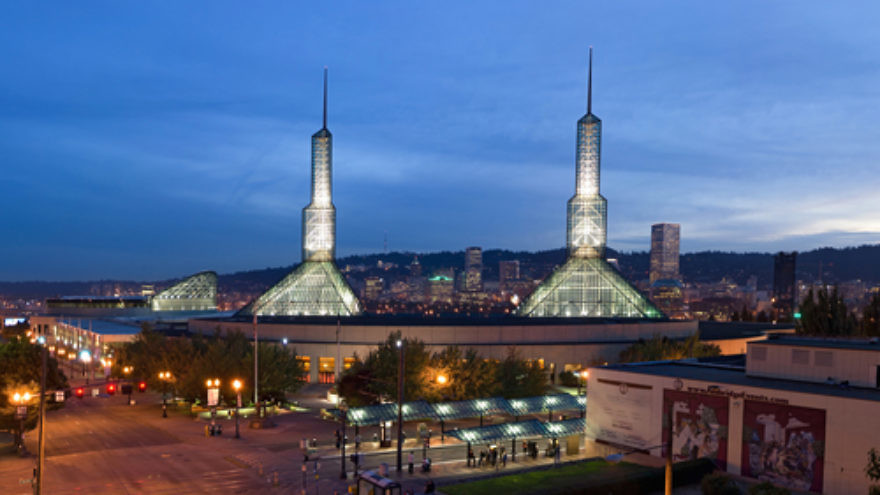 Methodists know how important face-to-face meetings are for reconciliation. The Church’s history is replete with ruptures that were healed only after honest and sincere dialogue. The process often took years.

Yet that is not the way Methodists are addressing the Israeli-Palestinian conflict. As more than 900 people from around the world gather in Portland, Ore., for the United Methodist Church (UMC) quadrennial General Conference from May 10-20, certain factions in the global church who claim to promote peace for Israelis and Palestinians are instead pushing an anti-dialogue agenda that censures and denounces only one party—the State of Israel.

One Church group in particular, the United Methodist Kairos Response, is promoting a skewed worldview in which Israel bears sole responsibility for the absence of peace and suffering of Palestinians. Using human rights language to camouflage the real goal of bashing and isolating Israel, Kairos makes no mention of any Palestinian responsibility for the situation, and most importantly, ignores the fact that the only workable path toward a sustainable peace is direct, bilateral negotiations between Israel and the Palestinian Authority, leading to a two-state solution.

The original Kairos Palestine document, issued in 2009 by Palestinian Christians, has done nothing to advance peace. Nevertheless, like other elements of the international BDS (Boycott, Divestment and Sanctions) movement against Israel, Kairos supporters have proceeded to find allies, especially in the U.S. In 2012, a Kairos USA committee issued a call to action urging American Christians to embrace BDS.

At its General Conference four years ago, the UMC rejected BDS resolutions, but the Kairos proponents are trying again this year. Amidst the many issues to be discussed in Portland, such as governance and how to understand and live out the Gospel, Israel is the subject of at least 14 petitions (resolutions) for delegates to consider. Even Islamic State, responsible for mass murder and expulsion of Christians across the Middle East and Africa, has only one petition of a few hundred words allotted to it. This is disproportional in the extreme.

Of the petitions targeting Israel, four call for divestment from companies doing business with the Jewish state and for labeling products made in the West Bank and Gaza. Here, economic pressure on Israel is being made to substitute for the political engagement of face-to-face peace negotiations. Resolutions like this may make supporters feel good as they gang up on Israel, but in no way bring the vision of Israeli-Palestinian peace any closer.

Some petitions call on United Methodists to partner with Jews working for “an end to the occupation of Palestine,” as though relationships with the Jewish community should be confined to an echo chamber of full agreement that Israel is to blame. But selecting Jewish dialogue partners on the basis of the degree of their anti-Israel credentials is really a suppression of dialogue, the substitution of conformity for conversation.

The unwillingness to engage the full spectrum of opinion on Israel in the Jewish community—the overwhelming majority of which supports Israel and a two-state solution—is a hallmark of the BDS movement which also shuns organizations that advocate direct negotiations. BDS supporters seek a single binational entity with an Arab majority, which means the virtual end of Israel as a Jewish state.

My own organization, the American Jewish Committee (AJC), has long supported the vision of a negotiated two-state solution and watched in frustration as Palestinian leaders walked away from generous Israeli peace offers in 2000, 2001, and 2008, and spurned more recent attempts by Israeli governments as well as U.S. initiatives to achieve meaningful breakthroughs.

It will be up to the UMC delegates, who come from Africa, Europe, Asia, and the U.S., to choose whether they prefer dialogue or denunciation, conciliation or conflict. Should they defeat the anti-Israel proposals, they will find a Jewish community eager to join hands to promote peace, to support the middle ground where negotiation is possible, to find a way for Jews and Arabs to live and thrive as neighbors in the land holy to three religions.