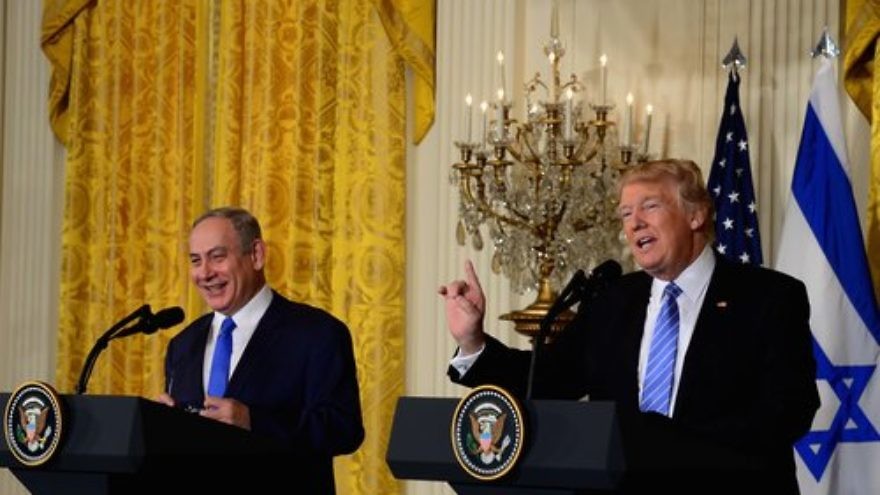 (April 10, 2017 / JNS) While the international community hangs on to visions of a two-state solution, Israeli public opinion is unified in asserting that the establishment of a Palestinian state is unrealistic and undesirable.

Only 12 percent of Jewish Israelis believe a West Bank withdrawal would end the Israeli-Palestinian conflict, according to a survey published by the Jerusalem Center for Public Affairs at the end of March.

Jewish support for withdrawal from the West Bank has decreased from 60 percent in 2005 to 36 percent in 2017. The survey also found that 79 percent of Jewish Israelis believe it is important to retain a unified Jerusalem under Israeli sovereignty. Such a stance is at odds with the international community’s oft-mentioned two-state plan of dividing Jerusalem and making it the capital of both Israel and a proposed Palestinian state.

An ongoing wave of Palestinian terrorism since the fall of 2015—most recently the killing of Israeli soldier Sgt. Elhai Teharlev in a car-ramming attack—has apparently cooled the Israeli public’s appetite for a deal involving a Palestinian state.

“The Palestinian insistence on having their capital in Jerusalem is the true obstacle to peace,” Prof. Efraim Inbar of Bar-Ilan University’s Begin-Sadat Center for Strategic Studies told JNS.org.

“Jews in the Diaspora, as well as many Christians, also sympathize with Israel’s positions on Jerusalem,” Inbar said. “Therefore, Israel’s insistence on Jerusalem will put the onus of failure on the Palestinians.”

Inbar wrote in an April 5 article that for Israel, a quick and decisive “1967-style victory”—referencing the war in which the Jewish state unified Jerusalem and took control of Judea and Samaria as well as the Golan Heights—is unlikely, given the multifaceted threats Israel faces from Hamas, Hezbollah and the Palestinians.

“The only approach that can succeed in Israel’s current conflicts is a patient, attritional, repetitive use of force,” he wrote. “Israelis should take comfort that time is on Israel’s side.”

Inbar said the nascent Trump administration shows a greater understanding than the preceding Obama administration of Israel’s desire to build freely in the capital of Jerusalem.

President Donald Trump in February broke with the longstanding U.S. stance of wholeheartedly supporting the establishment of a Palestinian state, saying during a press conference with Prime Minister Benjamin Netanyahu, “I’m looking at two states and one state, and I like the one both parties like,” demonstrating openness to alternatives to Palestinian statehood.

Ido Zelkovitz, an expert on Palestinian society and a research fellow at the Ezri Center for Iran and Persian Gulf Studies at the University of Haifa, told JNS.org that although the U.S. wants to see progress in the peace process, there is a lack of trust between the Israelis and Palestinians.

“The first thing a leader needs for a deal is public support and without this, I don’t see Netanyahu moving towards a deal,” he said, referring to Israeli public opinion against Palestinian statehood.

“The classic Israeli maneuver is to go along with American-sponsored talks, but expecting the Palestinians to say no again,” added Zelkovitz, who also heads the Middle East studies department at Israel’s Yezreel Valley College.

At the same time, Palestinian Authority President Mahmoud Abbas could be open to a deal if he receives most of what he demands from the Israeli side, Zelkovitz argued, explaining that the 82-year-old Abbas is likely nearing the end of his political career and would want to leave the legacy of creating a Palestinian state.

Yet there are other obstacles to an agreement, such as Abbas’s lack of control over Gaza, which is ruled by the Hamas terrorist group. Further, Israel is unlikely to grant all of the Palestinians’ demands.

“Therefore, I am pessimistic of any agreement in the short term,” Zelkovitz said.

Yuval Arnon-Ohana—an Israeli expert on Palestinian affairs and the author of books on that subject including “Line of Furrow and Fire – 150 Years of Conflict Over Eretz Israel” as well as the Hebrew-language “The Internal Struggle within the Palestinian Movement”—said that while Israeli-Palestinian negotiations have failed up to this point, he does not rule out the possibility of Trump creating a breakthrough resulting in an agreement.

Regarding the Palestinian statehood possibility, he said the circumstances and limits of that state would need to be clearly defined. Even if no peace agreement is reached, Arnon-Ohana is optimistic about Israel’s standing.

“One-hundred years ago, there were only around 60,000 Jews in Israel; now there are over 6 million,” he said. “We will continue to have babies and build the country.”