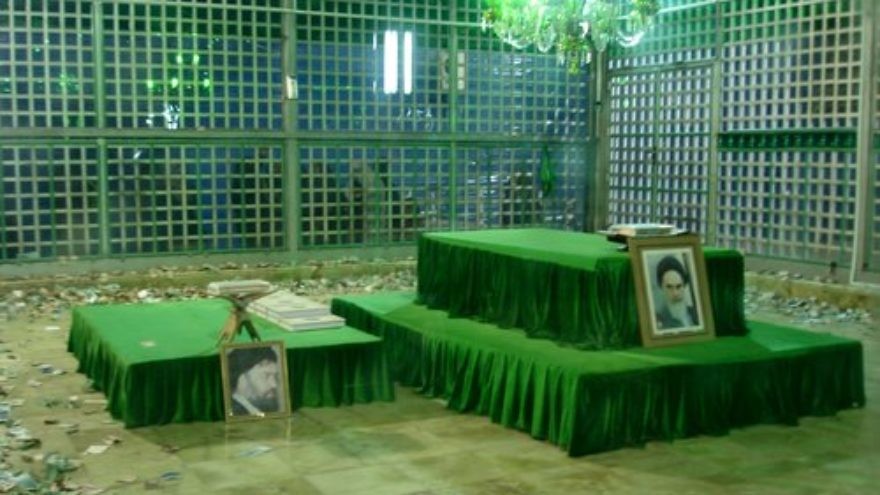 The world’s leading state sponsor of terrorism got a taste of its own medicine June 7, as twin terror attacks struck prominent Iranian institutions. Experts say the attacks may test the stability of the tyrannical Islamic regime that has ruled Iran for the past 38 years.

The Sunni terrorist organization Islamic State claimed responsibility for simultaneous shooting attacks that left 13 dead and more than 42 injured at the Shi’a power’s parliament and the shrine housing the tomb of former Supreme Leader Ayatollah Ruhollah Khomeini, striking both material and symbolic blows to Iran.

“The sites were carefully chosen, and are symbols of the regime,” Dr. Harold Rhode, a leading expert on Iranian culture who served in the Office of Net Assessment at the U.S. Department of Defense for 28 years, told JNS.org. “Khomeini was the founder of [Iran’s 1979 Islamic] Revolution, and he is held in awe by the tyrants that run Iran today.”

Ephi Dardashti, an Iranian-born author and cultural expert, similarly said, “To attack the parliament and then to attack the ‘holy of holies,’ the huge complex where Khomeini is buried— the symbolism is very strong. It is as if someone who wanted to attack Christians planted a bomb in Bethlehem. Khomeini is their saint.”

Khomeini’s successor and current Supreme Leader Ayatollah Ali Khamenei, as well as the speaker of Iran’s parliament, Ali Larijani, both tried to downplay the seriousness of the attacks.

“These firecrackers that happened today will not have the slightest effect on the will of the people,” Khamenei said, while Larijani called the attacks a “minor incident,” according to Iran’s Mehr news agency.

Yet according to Rhode, the attacks were neither random nor minor.

“It would be extremely difficult for anybody who is not Iranian to access Khomeini’s grave or the Iranian parliament. The security presence surrounding both sites is immense,” he said, adding, “Downplaying the attacks is an attempt to demonstrate to the public that the regime is still in full control.”

Despite leaders’ statements downplaying the attacks, simultaneously, Iran has vowed it will fully “avenge” the attackers, six of who were killed and five of whom were arrested.

Rhode—who was studying in Iran during the early parts of the Islamic Revolution of 1978-1979, and watched Shah Mohammad Reza Pahlavi lose control of the country—said if Iran’s promise of revenge is not followed by action, it would “be a sign of weakness.” The Iranian public’s sense of their government’s weakness is what led the overthrow of the shah in 1979, he said.

“Since then, the Iranian people have been looking for opportunities to similarly overthrow the mullahs, who have systematically removed their once-proud nation from the community of nations,” Rhode said.

What matters is now, he added, “is how the Iranian people view this event. If the Iranians view the attack as weakness, then a vast number of the regime’s opponents may see this is an opportunity to try and overthrow the regime.”

While Islamic State claimed responsibility for the attacks, the Iranian regime has pointed a finger at its chief regional rival—the Sunni power of Saudi Arabia. The Saudis recently hosted President Donald Trump in Riyadh, where the American leader called on Saudi Arabia and other Arab nations to “drive out the terrorists and extremists” from the region.

On the same day as the attacks in Iran, nine Mideast nations severed ties with the Gulf state of Qatar due to the Qataris’ financing of terrorist organizations such as Hamas and their alliance with Iran.

“It will be very interesting to find out the national identity of the attackers,” Dardashti, the Iranian-born author, told JNS.org. The Iranian Ministry of Intelligence said Thursday the attackers were Iranian citizens who had left the country to fight for Islamic State in the terror group’s two regional strongholds, Iraq and Syria.

“The attacks may be a unifier for the Iranian opposition. The fact that Rouhani—who the Western world calls a moderate—was re-elected, the election is a scam. The last thing Rouhani is, is a moderate,” Dardashti said, echoing the sentiments of Israeli leaders. Following Rouhani’s rise to the presidency in 2013, Prime Minister Benjamin Netanyahu said Israel was not “deluding” itself about the new Iranian leader’s purportedly moderate approach.

Dardashti noted that like all other candidates, Rouhani was approved to run for president by the regime’s supreme leader because he fully represents “the corrupt values of the Islamic Republic.  The corruption is so rampant that the regime could be called a kleptocracy instead of a theocracy. The Iranian parliament is a facade of a democracy.”

The U.S. government, said Rhode, “should be watching the events in Iran very closely,” Rhode said. President Trump has already referred to the destabilizing behavior of the “Iranian regime” in recent speeches.

“If this event turns into a series of events, it could lead to serious trouble for the regime, and the reactions of the West have historically proven extremely important in either propping up a weak regime, or leading directly to its ouster,” Rhode said.

A similar opportunity arose in 2009, when more than 1 million Iranians took to the streets of Tehran to protest the election of former President Mahmoud Ahmadinejad, an outcome many believed was rigged. Yet at that time, President Barack Obama publicly threw his support behind the regime, as opposed to the backing the protesters.

“If the Iranian government does not succeed in making this (the recent attacks) a one-time incident,” Rhode said, “the regime’s internal enemies will be emboldened, and will push harder to overthrow the regime….Does the government have the will and ability to keep itself in power, and to stamp out all opposition?”