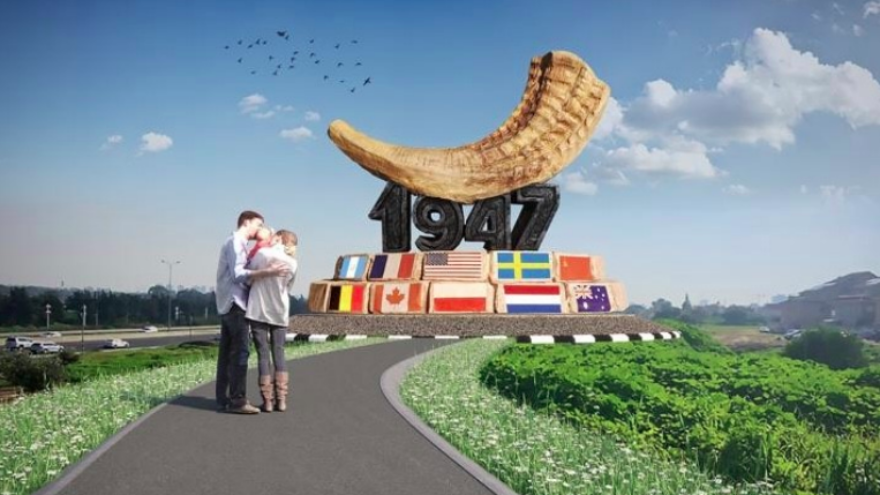 (November 10, 2022, Boynton Beach, Florida/Netanya, Israel, JNS Wire) Though there are numerous streets in Israel named November 29, there has never been in Israel, or the world, a historical memorial for the most famous event in the birthing of the modern state of Israel.

On Nov. 29, 1947, the United Nations voted, by a 71% majority, to partition the strife riven British Mandate for Palestine into two entities, one Jewish and one Arab.

As the 75th anniversary of the U.N. vote neared, legitimate historical memory fades, frequently replaced by shadowy confusion and politically motivated misrepresentation, the need for a memorial became very apparent.

The 1947 Partition Resolution Memorial is conceived and funded by the Jewish American Society for Historic Preservation. Key support for the project is provided by The Jewish Agency for Israel and the City of Netanya.

The memorial is being built overlooking the Rt. 2 Coastal highway on a hill adjacent to Einstein Park in north Netanya. An estimated 250,000 vehicles per day will clearly see it. 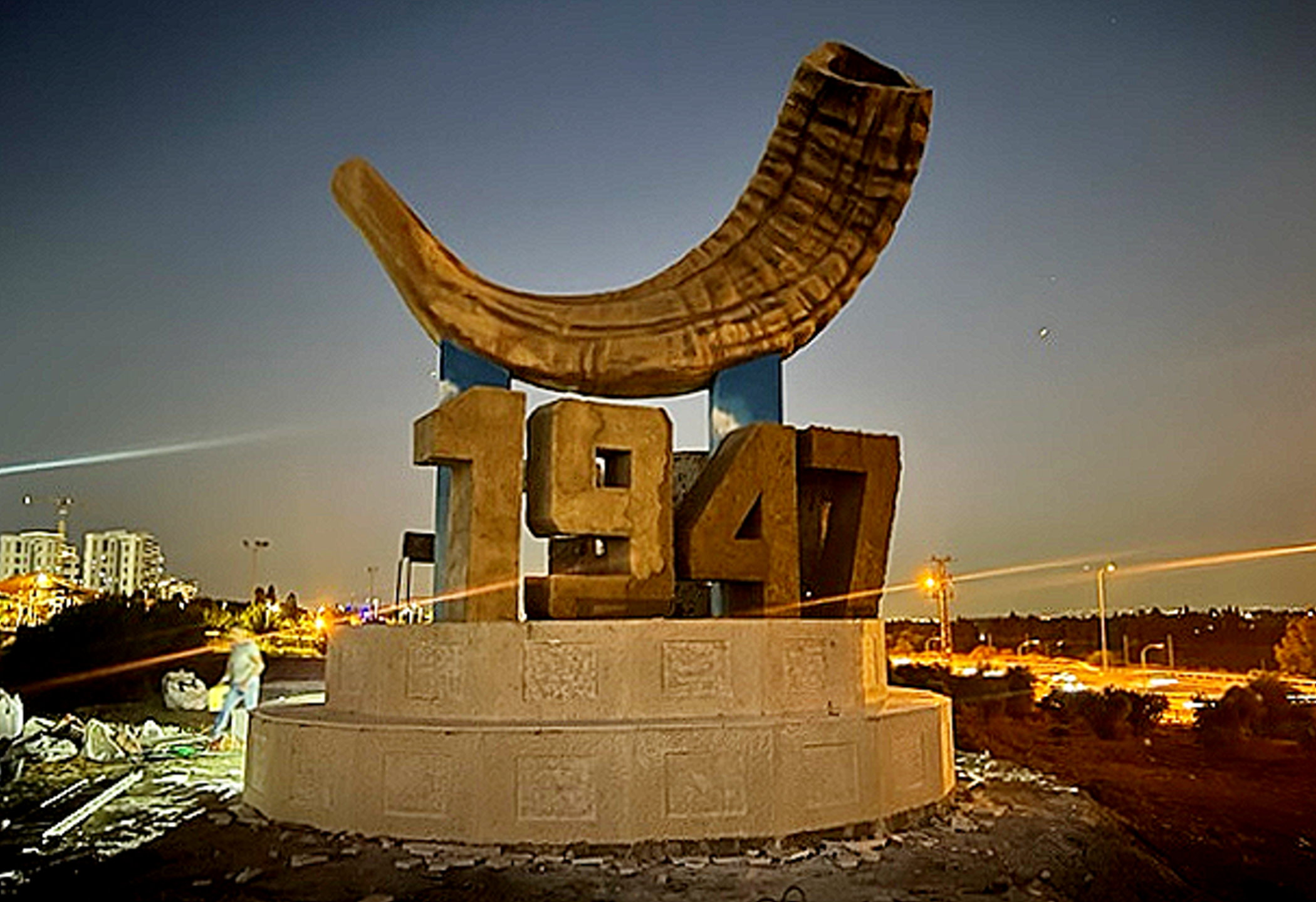 The memorial’s dedication is planned for 2 p.m. on Nov. 29. It will be open to the public.  Jerry Klinger of the Jewish American Society for Historic Preservation; Yaakov Hagoel, chairman of the World Zionist Organization; Miriam Feirberg, mayor of Netanya, Gil Haskel, chief of state protocol, Israeli Ministry of Foreign Affairs; and ambassadors and foreign state representatives, veterans, friends and supporters will be in attendance. A historical program, with musical accompaniment, will be presented by Israeli presenter, Dan Caner. Media will be present to record the historic event.

The memorial is the artistic creation of famed Jerusalem sculptor Sam Philipe. Sam has designed and facilitated numerous projects for JASHP. Sam’s art has been presented to presidents, Israeli and foreign, and to the Pope. He has placed many remarkable sculptures around the world. One such sculpture is located in Jerusalem, the notable Departure and Expulsion Memorial, or the Jewish Nakba Memorial. The Departure and Expulsion Memorial, recognizing the ethnic cleansing of the Jews from Arab Lands and Iran after the establishment of the State of Israel, is a point of annual commemoration every Nov. 30, proscribed by the Knesset.

The public is invited to attend.