Some of the most alarming examples recorded include swastikas spray-painted in a Jewish professor’s office, the resignation of a student government vice president due to harassment for her Zionist identity, and a performer at a school-sponsored conference inviting the audience to join him in his “antisemitism song.”

The Guide to Protect Jewish Students report selected the most abhorrent antisemitic incidents out of a sample of more than 2,000 that occurred over the past three years at U.S. universities. The report divides antisemitic incidents into five categories: Campus Activities; Vandalism, Harassment and Hate Speech; Virtual Antisemitism; In the Classroom; and Campus Policy. Incidents are classified as antisemitic using the International Holocaust Remembrance Alliance’s (IHRA’s) working definition of antisemitism.

“Across the nation, Jewish students are targeted, harassed, and discriminated against because of who they are and what they believe. AEPi members were assaulted at Townson University, NYU students burned an Israeli flag, a University of Michigan professor refused to write a recommendation letter for a student to study abroad in Israel, and vandals defaced the UMass Amherst Hillel on Holocaust Memorial Day. This is only a snapshot of what Jewish students are up against,” Alums for Campus Fairness Executive Director Avi D. Gordon said.

“It is more important now, than ever, for alumni to mobilize and combat this hate. ACF’s report outlines the steps alumni should take to help protect Jewish students on campus and curb rising antisemitism,” Gordon added.

The report recommends alumni press their alma maters to adopt the IHRA definition of antisemitism; swiftly and unequivocally condemn hate; mandate staff trainings on antisemitism; take precautions against Zoombombing; and issue prompt statements condemning BDS resolutions, among a number of other actions.

“Jewish students are regularly subjected to hate, fear and discrimination on campus,” said Eric Schorr, ACF’s Chapter Leader at Columbia University. “It’s extremely troubling to see this uptick in antisemitism across the U.S. Students, alumni and university administrators must work together to take appropriate steps to not only condemn hate, but to prevent and eradicate it,” Schorr added. 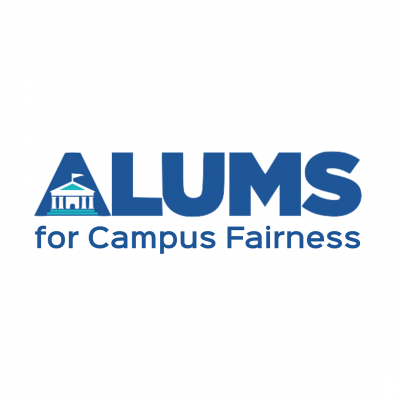 Alums for Campus Fairness
Alums for Campus Fairness (ACF) is America’s unified alumni voice on issues of antisemitism, demonization of Israel, and bigotry. With over forty chapters, ACF positions thousands of alumni on the front lines of key issues at their alma maters. For more information, please visit www.campusfairness.org.
Publish your organization's press release on JNS Wire
Releases published on the JNS Wire are communicated and paid for by third parties. Jewish News Syndicate, and any of its distribution partners, take zero responsibility for the accuracy of any content published in any press release. All the statements, opinions, figures in text or multimedia including photos or videos included in each release are presented solely by the sponsoring organization, and in no way reflect the views or recommendation of Jewish News Syndicate or any of its partners. If you believe any of the content in a release published on JNS Wire is offensive or abusive, please report a release.