(February 1, 2022, JNS Wire) The South African Zionist Federation (SAZF) and NGO Monitor have considered Amnesty International’s latest report released today, “Israel’s Apartheid Against Palestinians: Cruel System of Domination and Crime Against Humanity,” and call it out for what it is – a fabrication seeking to vilify Jews and undermine the legitimacy of self-determination for the Jewish people.

Millions of South Africans who suffered, fought and died under real apartheid should be angered and insulted by Amnesty’s attempt to exploit their own history and experience of apartheid, and to hijack the term to use it against Israel falsely. We reject, in the strongest terms, this report and all efforts that call into question Israel’s existence and give a free pass to terror campaigns against the Jewish State.

For years, numerous anti-Israel NGOs have compiled pseudo-reports that invent tendentious definitions of “apartheid” and then accuse Israel of such practice. Amnesty, Human Rights Watch, B’Tselem, and others promote manufactured definitions of apartheid that have no legal foundation nor any actual historical relationship to how South Africans were treated, to lobby for International Criminal Court cases against Israel. The NGO apartheid campaign also seeks to influence the outcome of the Human Rights Council Commission of Inquiry, initiated after the May 2021 violence in Israel and Gaza.

Amnesty has a history of systematic discrimination towards Israel and Jews, including anti-Israel BDS (Boycott Divestment and Sanctions) campaigns, antisemitic incidents, and campaigns targeting Israel. Not surprisingly, this report uses the same tactics and has no credibility: it uses antisemitic terminology like “Jewish domination”; calls Israel’s existence into question accusing it of “state-owned segregation…since 1948”; whitewashes deadly terrorism; and justifies boycotts, sanctions, and other hostile actions against Israel.

The AI Report ignores Palestinian intransigence and that Hamas routinely calls for genocide and encourages hate and the economy of terror from Palestinian leaders. The report is malevolent propaganda and is detrimental to the cause of peace in the region.

Among Jewish, Arabs and other citizens of Israel, and anyone who visits the country, it is clear that Israel’s thriving democracy is the absolute antithesis of apartheid and could not be further from the false BDS accusation of ‘Jewish Supremacy’. Unlike many countries, the rule of law in Israel is universal and does not discriminate on ethnic, linguistic, religious or other lines. The system of government is inclusive and representative of all citizens, unlike an apartheid state which practices an exclusionary parliamentary order – one of the hallmarks of an apartheid state. All citizens in Israel have equal voting rights. Israel’s Parliament, the Knesset, includes both Jewish and Arab parties, and the current governing coalition includes an Arab party, Ra’am. Recently several female Israeli-Arab judges were appointed to the Israeli court system. Amnesty International appears to be incapable of recognizing that democracy is universal throughout Israel.

These core facts are stated clearly by many prominent South Africans. Kenneth Meshoe, President of the African Christian Democratic Party (ACDP), succinctly stated, “I know what apartheid was, and Israel is not apartheid.” Meshoe adds that calling Israel an apartheid state is nothing more than “an empty political statement.”


Like every other country, Israel’s existence is not open to question. We will continue to reject these spurious accusations and campaigns to delegitimize Israel based on prejudice and falsehoods. We continue to promote peace in the region. 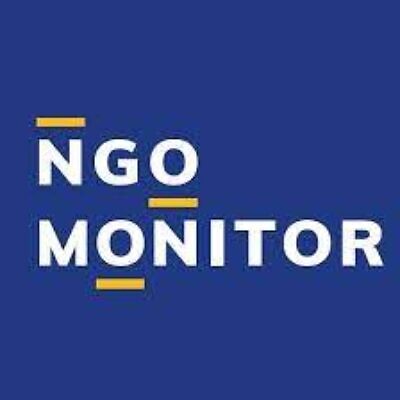 NGO Monitor
NGO Monitor is a globally recognised research institute that provides information and analysis, promotes accountability, and supports discussion on the reports and activities of NGOs (non-governmental organisations) claiming to advance human rights and humanitarian agendas.
Publish your organization's press release on JNS Wire
Releases published on the JNS Wire are communicated and paid for by third parties. Jewish News Syndicate, and any of its distribution partners, take zero responsibility for the accuracy of any content published in any press release. All the statements, opinions, figures in text or multimedia including photos or videos included in each release are presented solely by the sponsoring organization, and in no way reflect the views or recommendation of Jewish News Syndicate or any of its partners. If you believe any of the content in a release published on JNS Wire is offensive or abusive, please report a release.