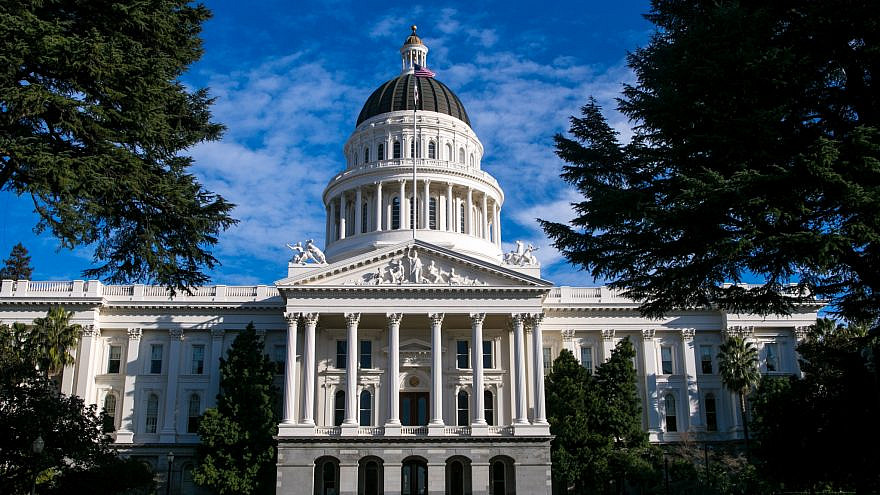 (May 30, 2021, JNS Wire) In a unanimous vote, the California State Assembly has passed HR 48, a historic resolution honoring the contributions of the state’s Israeli-American immigrant community.

Assemblymember Jesse Gabriel, chair of the California Legislative Jewish Caucus, whose San Fernando Valley district is home to a large population of Israelis, introduced legislation to officially recognize the contributions of Israeli-Americans during Jewish American Heritage Month. The Israeli-American Civic Action Network (ICAN) in California worked with Assemblymember Gabriel to spearhead this initiative.

“This is a historic move by the California Assembly,” said Vered Elkouby Nisim, Chair of ICAN California. “This is the first time that Californians of Israeli heritage have been officially honored by our leaders in Sacramento and acknowledged for our contributions to this state.”

Passage of this resolution comes at a time of heightened concern among the Israeli community about rising antisemitism and targeted discrimination based on national origin.

“It’s been a difficult month for our community; the lies and misinformation spread about my homeland, Israel, during the latest conflict with Hamas in Gaza has sparked an outbreak of violent antisemitic attacks in California,” concluded Nisim. “This positive acknowledgment from our elected leaders is a reaffirmation that we Israelis deserve the right to celebrate our heritage and be proud of our unique identity.”

In total, a bipartisan group of seventy members of the California Assembly signed on to the resolution as co-authors.

“We’re thankful to Assemblymember Gabriel for spearheading this effort and demonstrating appreciation for our vibrant Israeli community in California,” said Dillon Hosier, CEO at ICAN. “We hope that this historic resolution inspires Israelis across the state to get more engaged in civic life.”

In addition to this resolution, ICAN California’s group of nearly 3,000 activists have supported several legislative initiatives, including SB 693 authored by Senator Henry Stern, strengthening Holocaust education curriculum standards. And, ICAN California has advocated in support of AB 1126 authored by Assemblymember Richard Bloom which establishes the nation’s first statewide commission on the study of the state of hate, including combating antisemitism.

The full text of HR 48 is below, and the original is available on the California Legislature website.

Full text of California’s HR 48 honoring the state’s Israeli-American community.
Republish this article
About The Publishers
Israeli-American Civic Action Network
Publish your organization's press release on JNS Wire
Releases published on the JNS Wire are communicated and paid for by third parties. Jewish News Syndicate, and any of its distribution partners, take zero responsibility for the accuracy of any content published in any press release. All the statements, opinions, figures in text or multimedia including photos or videos included in each release are presented solely by the sponsoring organization, and in no way reflect the views or recommendation of Jewish News Syndicate or any of its partners. If you believe any of the content in a release published on JNS Wire is offensive or abusive, please report a release.