Sharaka, a non-governmental and non-political organization dedicated to promoting peace and cooperation in the MENA region, is bringing a delegation of young activists, leaders, thinkers, and entrepreneurs from the MENA region this week on a speaking tour of California to promote the Abraham Accords and a new model for peace in the Middle East. The group will meet with leaders of the Jewish communities, the Democratic party, politicians and activists, university and high school students, the press, and civic leaders in the Bay Area and Sacramento to discuss the geopolitical landscape of the New Middle East and current opportunities for lasting interpersonal and regional peace, security and prosperity in the region, on the basis of the Abraham Accords.

Sharaka, which means partnership in Arabic, is an NGO launched by Emirati, Israeli and Bahraini social entrepreneurs after the signing of the Abraham Accords to ensure that the governmental agreements are translated to the level of the citizenry, to foster warm people-to-people peace and cooperation between the countries that signed the peace deals. Sharaka seeks to help build thse bridges and is quickly becoming the go-to hub for citizen diplomacy and non-governmental collaborative efforts between the peoples of the accords countries. Sharaka’s members, who span the diverse spectrum of identities and communities of the MENA region, all lead grassroots initiatives and activities regionally and internationally in order to translate the vision of the Abraham Accords into concrete cooperation and collaboration between new regional partners. The goal of this delegation is to introduce American audiences to some of these initiatives and to contextualize the importance of effective engagement with Israel and the Abraham Accords at a critical time when much of the world is divided on how to best support peacebuilding in the MENA region.

The delegation includes talented and highly nuanced individuals including Dan Feferman, Israeli scholar, speaker and podcaster, Middle East affairs expert, and Global Affairs director for Sharaka, Chama Mechtaly an Amazigh-Moroccan activist and artist for peace, diversity and inclusion and an expert on Muslim-Jewish dialogue, Omar el Busaidy an Emirati fulbright scholar and entrepreneur and Sharaka’s USA’s CEO, Lorena Al Kahtib, a Druze Israeli working on digital diplomacy with the Arab world, Syrian-born American journalist Hayvi Bouzo, and Bahraini peace activist and author Fatema AlHarbi. The delegation will speak at the prestigious Commonwealth Club on this new era of cooperation in the MENA region. RSVP at: https://www.commonwealthclub.org/events/2021-11-10/sharaka-project-and-abraham-accords

For more on Sharaka, visit www.sharakango.com or check out the organization on Twitter, @sharakango. 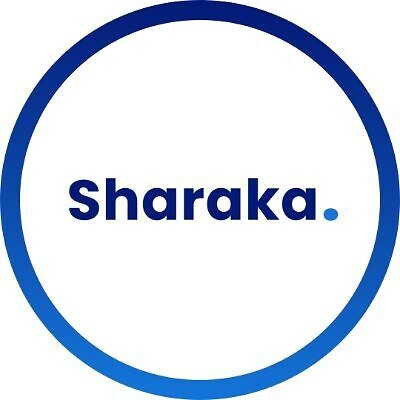 Sharaka
Sharaka's mission is to build bonds between young Israeli and Gulf leaders, in order to strengthen peace, trust, and cooperation between our societies. We believe that this will lead to a brighter future for our nations and for all the peoples of the region.
Publish your organization's press release on JNS Wire
Releases published on the JNS Wire are communicated and paid for by third parties. Jewish News Syndicate, and any of its distribution partners, take zero responsibility for the accuracy of any content published in any press release. All the statements, opinions, figures in text or multimedia including photos or videos included in each release are presented solely by the sponsoring organization, and in no way reflect the views or recommendation of Jewish News Syndicate or any of its partners. If you believe any of the content in a release published on JNS Wire is offensive or abusive, please report a release.