(August 10, 2021, JNS Wire) WASHINGTON — Today, StopAntisemitism.org released a first-of-its kind report evaluating how 25 of America’s leading corporations in the categories of technology, beauty, general retail, clothing retail, and healthcare are addressing Jewish discrimination in the workplace based on three baseline measures: (1) Corporate platform (2) Allyship and (3) Internal diversity, equity, and inclusion (DEI) policies. Grades – which were assigned to each corporation based on these factors – ranged widely across industries and companies.

For instance, Google and Ben & Jerry’s parent company Unilever received ‘F’ grades for creating hostile work environments for their Jewish employees. Google failed to fire Google Global Lead for Diversity, Strategy and Research Kamau Bobb, who, in an act of vile antisemitism, had written that Jews have an “insatiable appetite for war and killing.” Unilever ignored the outrage of its Jewish employees over its decision to support Ben & Jerry’s boycott of the West Bank and East Jerusalem. A longtime Jewish graphic designer for the company quit in protest.

In contrast, the French personal care company L’Oréal received an ‘A’ for its Employee Human Rights Policy which explicitly prohibits “anti-semitism” as an “expression of hatred.” The company’s “Influencer Value Charter” also explicitly states that “influencers will not share views or engage in behavior which could be interpreted as…antisemitism,” among other forms of hatred.

“Jews, the most victimized group per capita in the U.S. by hate crimes, have been targeted and marginalized in the American corporate workplace,” said StopAntisemitism.org Executive Director Liora Rez. “This is unacceptable. StopAntisemitism.org calls on all corporations, including the 25 named in this report, to strengthen their corporate platforms, allyship practices, and DEI policies to support their Jewish employees and put an end to antisemitism in the workplace.”

StopAntisemitism.org is calling on victims of antisemitism in the workplace to share their experiences in order to continue to hold companies accountable for discrimination. 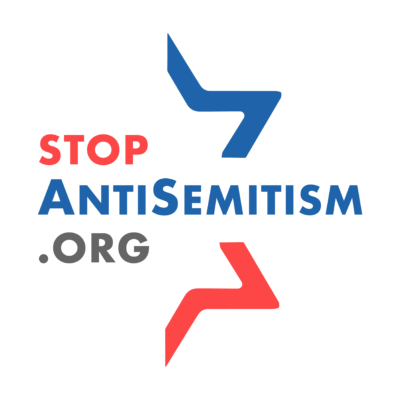 StopAntisemitism.org
StopAntisemitism.org works to hold antisemites accountable and to create consequences for their bigoted actions by exposing the threat that they present to all Americans and showing how their ideologies conflict with American values, morals, and principles. To learn more, please visit www.StopAntisemitism.org.
Publish your organization's press release on JNS Wire
Releases published on the JNS Wire are communicated and paid for by third parties. Jewish News Syndicate, and any of its distribution partners, take zero responsibility for the accuracy of any content published in any press release. All the statements, opinions, figures in text or multimedia including photos or videos included in each release are presented solely by the sponsoring organization, and in no way reflect the views or recommendation of Jewish News Syndicate or any of its partners. If you believe any of the content in a release published on JNS Wire is offensive or abusive, please report a release.