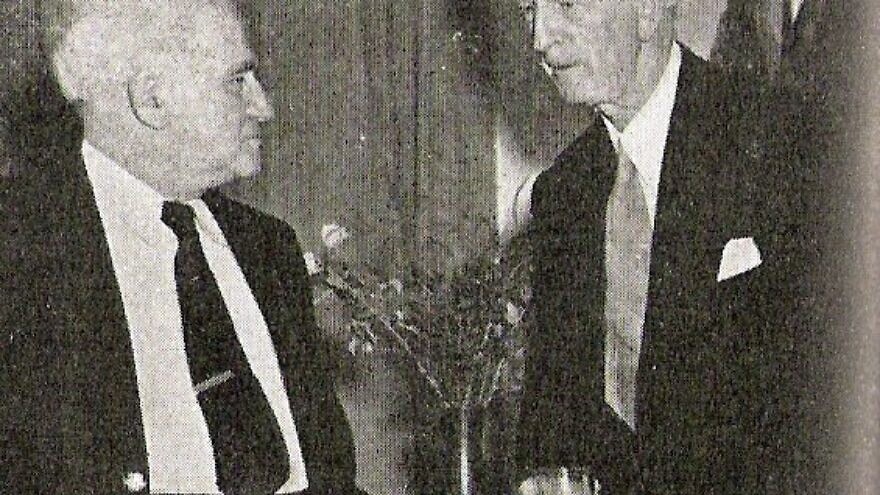 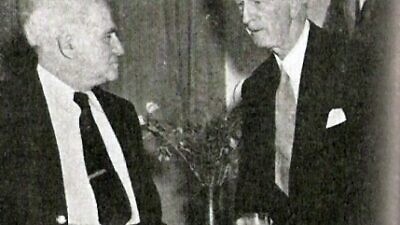 McDonald was born in Ohio. He moved with his family to Albany, Indiana as a small child, where he grew up. Educated at Indiana University and at Harvard, where he earned his PhD. in history, political science and international relations.

From 1919 to 1933, he was Chairman of the Board of the Foreign Policy Association.

McDonald was fluent in German with exceptional diplomatic skills. As the clouds of darkness gathered in Europe, he became the League of Nations’ High Commissioner for Refugees Coming from Germany. In Germany, he met with numerous high-ranking Nazi officials as struggled to help refugees leave Germany. He personally met and spoke in depth with Adolph Hitler.

In his private diary, Mcdonald recognized that Hitler and the Nazis were fully intent on exterminating Europe’s Jews and others they deemed as “sub-human.” McDonald drove himself, imbued with a fierce zeal, to save lives. McDonald appealed to the British, to the Vatican, to the U.S. No one was willing to do anything. The League of Nations was impotent.

Frustrated, he resigned as High Commissioner in 1935. He refused to turn his back on the desperate refugees. McDonald focused his energies on the continuing human rights struggle against the coming Holocaust. He became President of the “President Roosevelt Consultative Committee for Political Refugees. 1938 he was appointed to the Evian Conference to address the Jewish humanitarian crisis. Again he was frustrated by the world’s unwillingness to help. His warnings of alarm left him increasingly isolated.

McDonald continued through the WWII years as President Roosevelt’s consultative chairman for political refugees. He never abandoned his mission.

Post-WWII, the Holocaust horrified McDonald, 1946, he became the U.S. representative to the Anglo-American Committee of Inquiry to help the Jewish survivors. His close association with Jewish rescue angered the State Department. McDonald’s close relationship with President Truman helped overcome the State Department’s hostility to the nascent state of Israel. McDonald became the voice of reason, peace, and friendship between the U.S. and Israel during the turbulent early years of Israel’s existence.

President Truman appointed McDonald to be the first U.S. Ambassador to Israel from 1949-1951.

He continued to devote his energies to helping the young State of Israel for the rest of his life.